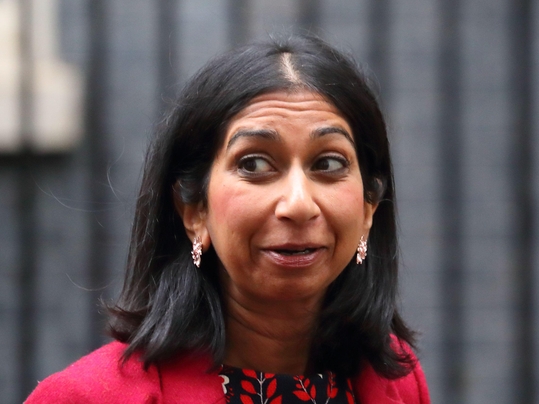 The attorney general has failed in her constitutional duties, says report

A cross-party report has found that political attacks on judges by ministers were not “constitutionally… proper” and may appear to compromise the independence of the judiciary.

Ministers have a duty to protect judicial independence. But the All Party Parliamentary Group on Democracy and the Constitution concluded that the politicisation of key constitutional offices means that duty is rarely enforced. The Attorney General is central to this failure and her recent actions throw the politicisation of her office into stark relief.

I was counsel to the All Party Parliamentary Group’s inquiry. I write this, with the permission of the Chair (Geraint Davies MP), to help explain some of the report’s findings (all expressions of opinion are my own).

The office of Attorney General is vital to a functioning democracy. The Attorney General is the chief legal advisor to the executive. Placing a senior lawyer at the heart of government has both practical and symbolic significance: it is an acknowledgement that the government is bound by the law (as made by the democratically elected parliament) and an assurance that it will govern accordingly. This includes ensuring that ministers discharge their duty to protect judicial independence.

Although the Attorney General is a political appointment, the role is more lawyer than politician. The Attorney General must advise the government on the law, even when that advice does not elide with the government’s political priorities. Traditionally the role has been held by one of the leading lawyers of the day. Thus, they remain rooted in the ethics and standards of the legal profession and maintain their independence and authority on matters of law.

The current Attorney General appears to have departed from this.,making a series of public interventions that are both highly partisan and legally questionable.

In the last month she advised that the government can unilaterally alter the Northern Ireland Protocol because the EU has “created a trade barrier in the Irish sea”. This flew in the face of the prevailing view of the legal sector (not least because creating a trade barrier in the Irish sea is exactly what the Protocol is intended to do). Perhaps more significantly, the publication of the advice breached a long-standing constitutional convention that the Attorney General does not disclose her legal opinion (unless required to do so by parliament). Ms Braverman fell back on that convention to avoid disclosing the analysis behind her conclusions. When asked whether she had previously approved the publication of her advice, she launched an astonishing personal attack on her opposite number.

A week later Ms Braverman waded into the culture war issue of trans rights, publicly telling schools that they should not treat trans students as the gender with which they identify because “under-18s cannot get a gender recognition certificate”. Legally, this is entirely wrong. Protections for trans-people are engaged regardless of whether they have a Gender Recognition Certificate. Moreover, the Attorney General was making a political intervention, something which falls outside her proper constitutional role.

These are the latest in a long line of questionable statements. They include publicly clearing Dominic Cummings (then the Prime Minister’s advisor) of breaking lockdown rules in April 2020 before Durham police had completed its investigation, and claiming the government was entitled to breach the Brexit Treaty in the Internal Market Bill because international obligations do not bind until given effect in statute (treaties are actually binding in international law on ratification). The APPG described the latter as “a very basic legal error.”

Ms Braverman has been at the forefront of the government’s political pressure on judges. The report cites a speech in which she attacked various judgments which went against the government. Perhaps more troublingly, Ms Braverman went on to welcome an apparent change inapproach in recent Supreme Court decisions. Her remarks risk giving the impression that the executive believes the court has responded to its pressure by adopting a more pro-government attitude.

Ms Braverman should not, however, be judged too harshly. As the All Party Parliamentary Group concluded, the underlying problem lies with our constitution, not one individual (indeed, Ms Braverman is not the only minister to have acted inappropriately).

The Attorney General is appointed entirely at the discretion of the Prime Minister. When they are a senior legal figure in their own right, this might not matter too much. But when(like Ms Braverman and several of her predecessors) the Attorney General is entirely dependent on the Prime Minister for career advancement, they are incentivised to tell them what they what to hear. A Prime Minister who doesn’t want to lose in court may be well advised to appoint the most independent minded Attorney General they can find. But, when the government is prepared to simply attack or ignore judges that find against it, there is no longer a political imperative to avoid adverse decisions.

We cannot rely on ministers simply “doing the right thing” to secure key guarantees of democracy. We need clear legal rules. The APPG suggests a simple remedy: statutory guidance on the appointment (including qualification) and conduct of the Attorney General (among others). This will ensure the Attorney General is accountable to objective criteria, not simply the whim of the person in charge. The Attorney General may not be the highest profile role in government, but they are crucial to ensuring that we are governed according to the law. Without that guarantee, we lose the very essence of our democracy.