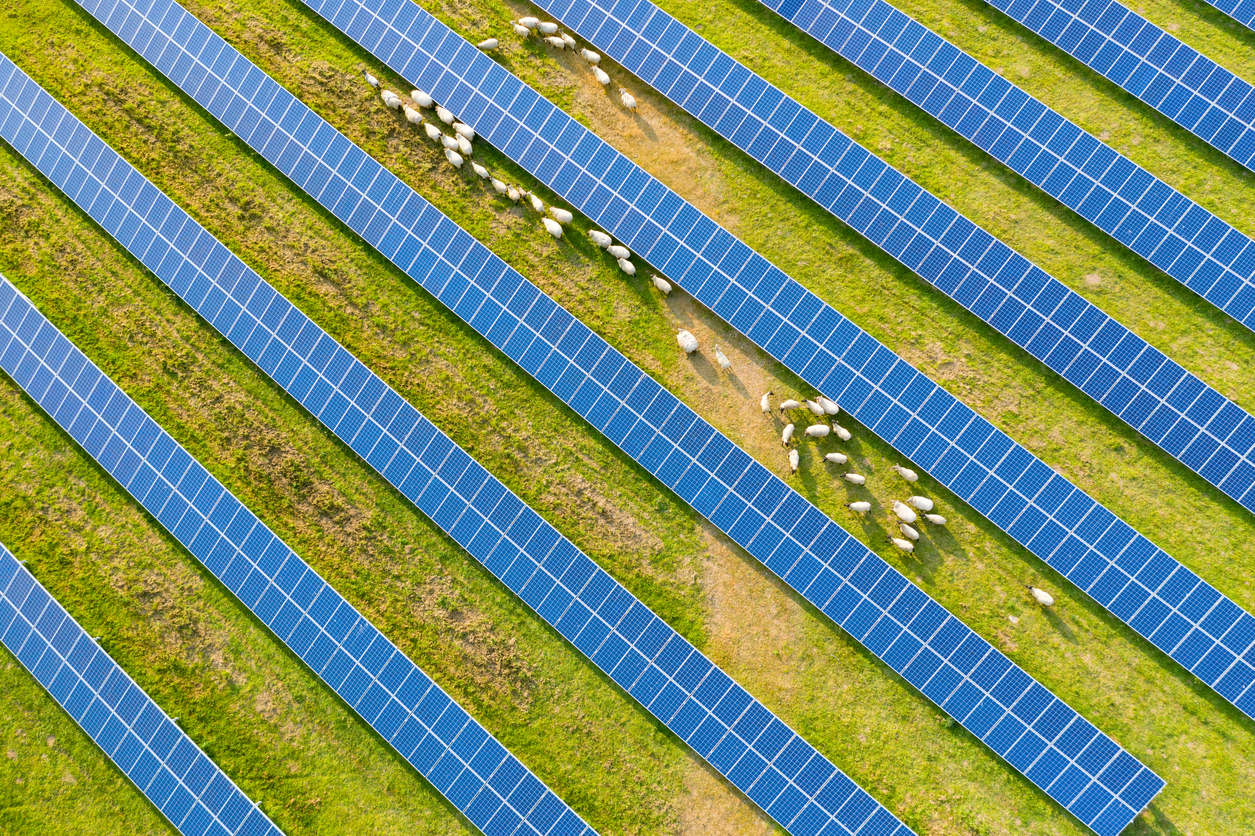 An epidemic of ‘solar farms’ will only worsen food insecurity

Britain is facing an unusual and under-appreciated epidemic: solar farms. That was the subject of a Westminster Hall debate on Wednesday, opened by Tory MP Brendan Clarke-Smith.

Thousands and thousands of acres of arable farmland across the country are set to be covered in solar panels. Local authorities from Harrogate to Hampshire are being flooded with planning applications as renewable energy companies seek to acquire more and more land to fill with solar panels.

The sheer number of solar farm developments cropping up around the country is quite alarming. There are now 910 possible solar farm projects in the pipeline in the UK, with numbers increasing by about a third in 2021. More than 300 have already submitted planning applications or have already been approved. And that’s a cause for concern.

Take, for example, the case of Bramley and Silchester in Hampshire. Plenty of land there is currently used for food production. It is listed as Grades 1 and 2, officially categorising it as highly productive farmland. And yet, a firm called Enso Energy is pushing for 200 acres across six fields to be converted into yet another enormous solar farm.

The area, encompassing Silchester’s Church Lane Farm and Bramley’s Vyne Lodge Farm, is equivalent to 140 football pitches. If planning permission is granted by the twelve members of Basingstoke and Deane Borough Council’s Development Control Committee, it would become the fifth largest solar farm in England and the largest in England on agricultural land.

Where so often politics has a problem with short-sightedness – focussing on the immediate consequences of a policy, to the detriment of the longer-term implications – in this case, the issue is reversed.

Pushing through solar farms is long-sighted. It envisions a future in which solar power technology has been developed and innovated to such a degree that it has begun to supersede fossil fuels, freeing us from the troubling geopolitics of oil and gas imports and bringing us much closer to net-zero carbon emissions.

That may well be part of our long-term future, but even the most determined renewable energy advocates do not claim we are there yet. Right now, the technology that would be required to create and store enough electricity to power Britain from renewable sources only would be eye-wateringly expensive and logistically impossible.

We must stop acting as if we could switch the National Grid to renewable power sources tomorrow if only we were determined enough. We cannot. However much we might not like it, we will be relying on fossil fuels to keep our homes warm for the foreseeable future. The government’s target is to make the switch to renewable energy sources by 2035 – and even that has been decried by many as wildly over-optimistic.

Why, then, are we voluntarily giving up vast swathes of perfectly usable farmland in the name of solar power? As well as failing to stop climate change, it will worsen food insecurity.

Food prices are heading through the roof anyway. Thanks to a combination of supply chain issues, inflation and the growing cost of gas, prices on supermarket shelves are climbing ever higher. To make things worse, Ukraine and Russia are two of Europe’s biggest crop exporters.

That will, of course, have a significant effect on the price of food in this country, and bring about plenty of production delays and import jams too for basic foodstuffs in Britain. Those new issues caused by the war will come on top of the existing problem of food insecurity and the detrimental effects of the cost-of-living crisis.

More than ever, it is becoming clear that we must have the British farming sector available as a crutch for our food needs. That doesn’t mean becoming entirely self-sufficient and cutting ourselves off from the rest of the world – but it does mean having as much of a safety net as possible, so that war breaking out on the other side of the world does not result in struggling families in this country suddenly being unable to put food on the table.

It is irresponsible that we should be giving up so much of our farmland in the name of a well-intentioned but doomed-to-fail attempt at saving the planet. Solar farms will worsen the food insecurity crisis and nothing more.