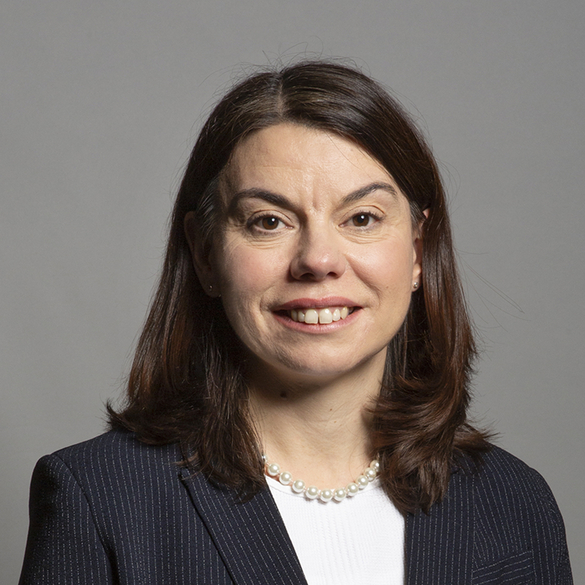 On Christmas Eve 2020, in typical boosterish fashion and with great fanfare, Boris Johnson announced his trade deal with the EU.The message was clear. Brexit would bethe great enabler of opportunity and freedom for British business. However, after several months, the reality is that the deal is creating widespread issues for our exporters.

Johnson made a big point that ‘there will be no non-tariff barriers to trade’, but the truth is that his Trade and Cooperation Agreement (TCA) puts all sorts of barriers in the way of British exports to the EU. These include customs declarations, safety inspections and health checks on key exports such as livestock and seafood.

Johnson’s deal makes trade harder between the UK and the EU, leaving UK businesses struggling to stay competitive. Exporters must now even prove their goods’ origin for them to be exported tariff-free to the EU. None of this applies to members of the single market.

The situation is gravest for small and medium-sized enterprises (SMEs). The importance of SMEs to the British economy is immense. They account for three fifths of private sector employment, and around half the turnover.

Small and medium-sized businesses bear the brunt of these Brexit changes. A recent survey by the Institute of Directors for Channel 4’s Dispatches found a total of 13 percent of exporters said their trade with the EU has fallen by up to 100 per cent since the beginning of the year.

Shortages of key skills previously provided in part by EU workers, are disrupting supply chains. For example, there are too few butchers and abattoir workers to process meat, and a shortage of HGV drivers makes deliveries unreliable and is leading to empty shelves in supermarkets.

What makes the situation even more frustrating is that the machinery to provide at least some kind of support is already in place. The TCA established, as part of the Partnership Council, the Trade Partnership Committee to oversee the trading element of the deal. This includes 19 trade-specialised and specialised committees to oversee the implementation and application of the TCA and monitor for precisely the kind of issues that British SMEs have been encountering.

It seems clear to me that these committees could provide invaluable support to British firms at this time. Astonishingly, however, as of 7th December, the trade-specialist committees have only met once this year. That is incomprehensible when you consider the immense issues British businesses are currently facing and the economic cost that this is having on the country as a whole.

I have therefore written to Lord Frost, along with Liberal Democrat Peers’ Lord Fox, Baroness Kramer and Lord Purvis of Tweed, calling on him to ensure that these committees are properly engaged and directed to meet with far greater frequency so that our SMEs are not left to ruin.

The value these committees could potentially provide must not be underestimated. One of my constituents runs an independent shop which specialises in fashion products and home accessories. At the beginning of July, she found that her exports to the EU were being held up for weeks before delivery to her customers.

She was at the mercy of a courier and logistics system that caused long delays which she could ill afford.

Due to these persistent delays, which led to many orders being refunded, she has now stopped selling to the EU – which wipes away 10 per cent of her revenue in one fell swoop.

She is not alone. Across the UK, businesses are struggling to adapt to the new trading arrangements. Industries like seafood exporters are being hung out to dry by a Conservative government which simply doesn’t seem to care.

It’s clear that the Government could be doing so much more to help SMEs to navigate the new systems and processes. Yet whenever I try to raise this issue with ministers,I get nothing but dismissive answers and hollow rhetoric.

The cries of businesses which reflect valid concerns are being ignored by a Prime Minister who is unable – or simply unwilling – to take responsibility for the scale of the problem he has created.

Larger companies may have the money and resources to limit the damage, but many SMEs do not.

Now is the time for the Government to match rhetoric with action and accelerate badly needed changes to stop our businesses and our economy from being fatally harmed.

The Government needs to act with vigour and that begins with ensuring the support mechanisms put in place by the Trade Partnership Committee are kicked into full gear with the kind of haste and urgency called for by the current situation.