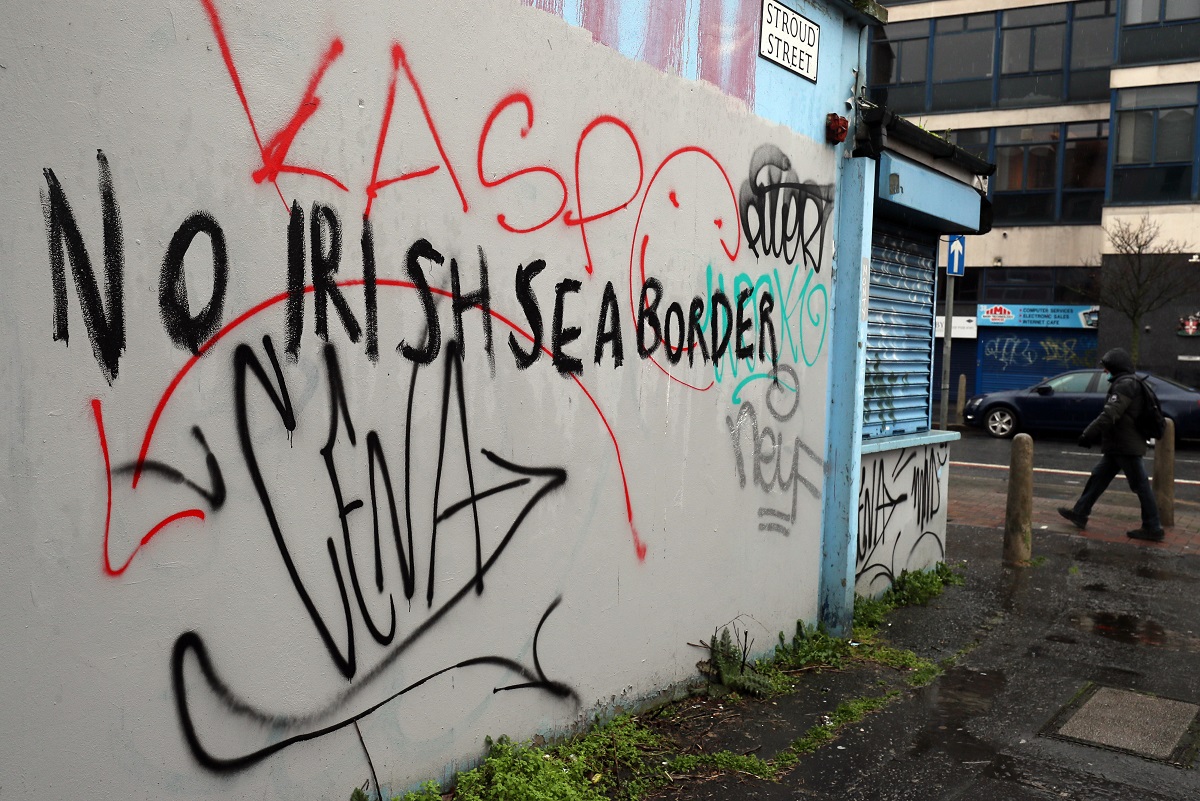 The real lesson of the Article 16 row

Two weeks of crisis management and recrimination reached a temporary conclusion last Thursday. Michael Gove and EU Commissioner Maroš Šefčovič met in London to discuss the fallout from the EU’s temporary trigger of Article 16 of the Northern Ireland Protocol, intended to block the export of vaccines from the EU to Northern Ireland. The men issued a bland joint statement reaffirming all sides’ commitment to the Good Friday Agreement, and agreeing to meet again soon to flesh out the outstanding issues.

It should, of course, never have come to this. Even though the Commission reversed its proposal after a few hours, it was shocking to even consider triggering Article 16. The UK government, for its part, should never have threatened retaliation. And yet both things happened. But the issue reveals harder and deeper truths.

First, it illustrates a level of disarray in Brussels. It beggars belief that anyone in the Commission, let alone someone in a senior role, could have lived through the last five years (or 50) without appreciating the sensitivities relating to Northern Ireland and its land border. Even if the Commission’s move might not, ultimately, have required a hard border (merely prior authorisation to send vaccines to Northern Ireland), it was still a foolish and provocative move that damaged the EU’s credibility. It was particularly striking that nobody in the Commission even thought to inform the Irish government.

Commission President Ursula von der Leyen was a minister in Berlin while the Protocol was being negotiated, but she still should have known better. For all her leadership, diplomatic and communication skills, her political antennae badly failed her. Faced with the crisis of inadequate vaccinations, the Commission panicked and momentarily disregarded the site of a recent civil war.

What, then, is the excuse of the people entrusted with Northern Ireland’s governance?

The UK government has leapt on the bandwagon: ministers have sought to exploit the EU’s blunder for all it is worth. Gove’s letter of 2 February demanded a range of concessions, including extending a grace period for certain restrictions until 2023 – even though the government refused point blank to extend the Brexit transition last year. Boris Johnson, for his part, has even threatened to trigger Article 16 himself.

This was, of course, what the EU feared: that the UK would use the Commission’s error to maximum advantage. But the incident has not, in fact, left the UK in a stronger position. The government’s rhetoric has returned the charge levelled at the Commission against itself: that Northern Ireland is nothing but a political football. The EU had a shot at goal, so now the UK deserves one too.

Any UK move to trigger Article 16 would strongly antagonise the Nationalist community, who, regardless of any emotional or political affiliations, are full UK residents with the rights of any UK citizens. The threat to trigger the clause is bad enough coming from outsiders in the Commission. It is unforgivable from a government which actually oversees Northern Ireland and formally helps to safeguard Northern Irish peace.

The staggering hypocrisy is this: that to correct the outrage of destabilising Northern Ireland, the government will consider doing exactly the same thing. Instead of protecting the Good Friday Agreement, they would batter it from the other side. Johnson, when foreign secretary, once compared the border which claimed 3000 lives with the boundary between Camden and Islington. He demonstrably cares less about Northern Irish lives and security than his own political positioning.

His problem is that this position is weak. The government is not, of course, motivated by destabilising Northern Ireland per se. It needs to change the Protocol because it is a self-evident disaster for the economic integrity of the UK and the government’s reputation. It represents a profound loss of sovereignty: literally the opposite of what Brexit was supposed to achieve.

And yet the problems currently experienced by Northern Irish businesses are not the fault of the Protocol. They are the consequences of Brexit. The UK had the option to keep the entire country in the EU’s single market and customs union, and instead chose to unilaterally reduce tariffs and end the free movement of people. That meant Northern Ireland would either have an economic border with Ireland or Britain – with the resulting alienation of one of the main communities.

There is no method to magic this away. Article 16 is by definition limited in scope and focused on temporary measures. The wording mentions “serious difficulties” or “exceptional circumstances”. Such difficulties cannot include the problems baked into the agreement in the first place, about which the government was repeatedly warned, and which it denounced as lies before signing up to the deal anyway. It is not ‘teething problems’. It is not, as Northern Ireland Secretary Brandon Lewis gallingly alleged, about covid. It is permanent institutional disruption.

But of course it gets worse for the UK. As Šefčovič noted in his response to Gove, the government is seeking changes before it has even fully implemented the Protocol. If these are the difficulties now, worse will surely follow. Šefčovič also noted that any easing of barriers would necessitate the UK signing up to relevant EU rules: in other words, the trade-off that the EU has insisted upon since 2016, and which the government has always refused to accept. We are still, even now, in the realm of cakeism.

The economic situation will likely get even more difficult as time progresses. The key to Brexit is divergence. Currently Northern Ireland implements the EU’s rulebook on goods and, largely, the UK’s on services. If the government changes regulations on goods, it will increase Northern Ireland’s trade friction with Great Britain. If it changes regulations on services, it will increase the friction with Ireland.

Here, then, is the truth and the real lesson of the Article 16 row. The issue of Northern Ireland will never be resolved and the government will never ‘get Brexit done’. Without full UK/EU economic alignment there will always be a border somewhere, and businesses will pay the price for it.