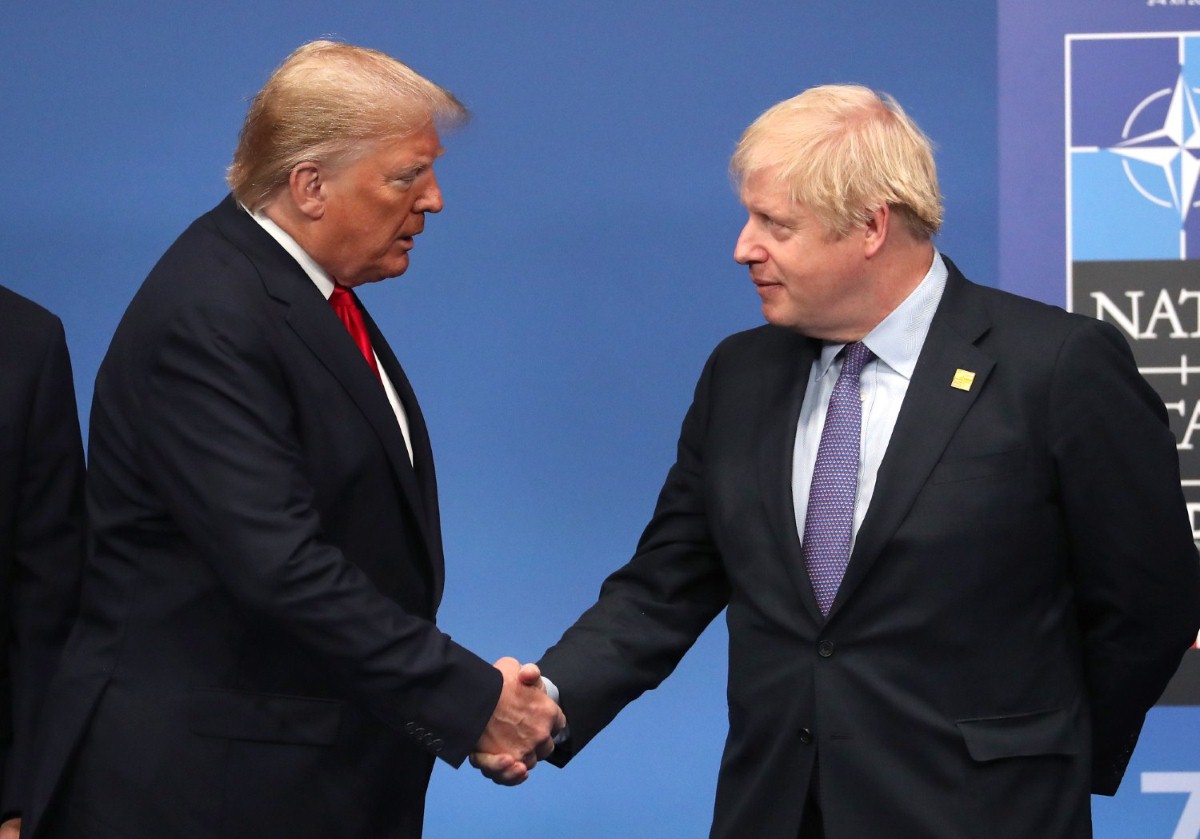 It is perhaps no coincidence that, before they became world leaders, both Boris Johnson and Donald Trump made cameo appearances as themselves on soap operas. In 2009 Johnson propped up the bar of the Queen Vic, while in 2005 Trump appeared in Days of Our Lives. Both men have short attention spans and love performing. The main appeal of soap, of course, is that things constantly happen but never for too long. New characters arrive, storylines get tidied up, and events that captivate viewers one month are well forgotten the next. A mystery killer virus on Brookside once killed a couple of minor characters and then vanished.

The reality of politics actually has quite a lot in common with soap. News cycles are episodic, major figures can be quickly dispatched, and newspapers will cast a protagonist as hero and then villain in the same month. Politicians, like scriptwriters, depend on short memories. But here’s the problem. Real life actually is not soap, and coronavirus is not a storyline. And yet both Johnson and Trump are behaving as though it is – and urgently want to wrap it up.

In Johnson’s press conference last week he announced that pubs, restaurants and cinemas would reopen on July 4th, and social distancing would be reduced to ‘one metre plus’. He has urged people to return to shops and bars almost as a patriotic duty. Trump, meanwhile, has all but ignored the new record highs in daily cases, blaming the spike on increased testing. The two countries’ outbreaks are different, but the political tactics broadly the same. The virus, for all intents and purposes, no longer exists. The leaders have declared we must move on, so move on we must.

The reason is straightforward enough. Soaps, like demagogues, exist to be popular, and when push comes to shove, coronavirus isn’t very entertaining. It grabbed people’s attention, and was certainly dramatic, but it wasn’t comfort viewing. It was also a story seemingly without end. For the government, that has made it both boring and dangerous. The answer, on both sides of the Atlantic, is simply to cancel it.

Part of this is narcissism. Both Johnson and Trump are gripped by the myth of their own greatness and their delusion of total control. In the mould of all strongmen, they want to believe they can dictate and decree their countries’ fortunes. This is the Brexit model of fantasy: you can engineer any defiance of reality if you simply believe hard enough. What these men cannot control must simply disappear.

But it is also more practical and political than that. Johnson and Trump believe they can write the narrative of coronavirus quite literally. From the start, covid has been treated like a political campaign, conducted in soundbites. The focus is always the script and the stage, never the work behind the scenes. In Britain it is about war rhetoric, massaging figures, and presenting every fresh disaster as a government triumph against the odds. In America it is about safeguarding Trump’s election chances, bashing the Democrats and opening a new front in the culture war. In both countries public relations have trumped public health. Nothing really matters provided the government is winning.

When you treat the virus as drama, everything becomes presentation. The key means of communicating to the public – press briefings and national addresses – have been measured not by clarity of communication but by ratings. Trump boasted about the viewing figures for his press conferences as though they were just another reality show, while the British government ditched the weekend briefings because of low ratings. Now the pandemic storyline is over, of course, there is no need for the conferences – and so last week Downing Street scrapped them altogether. The message to viewers was plain enough: move on, because there’s nothing to see here.

Certainly, Johnson wasn’t blatant enough to declare the pandemic literally finished. He has not reprised his March 19th exhortation to “get the virus done”, like an epidemiological Brexit. Not everything will open on Saturday and things that do will not be as they were before. But the prime minister knows people are not reading the small print. The messaging is more important than the substance, and could not be clearer: social distancing is out, the pubs are back, July 4th is our independence day and everything is back to normal.

Of course, we are all desperate to return to normality. No doubt many of the government’s critics will be enjoying a pint on Saturday.  Lockdown has now lasted for almost four months. People want to have their families round for dinner, hug their friends, and go for a drink. In short, people want not to be afraid anymore, and the government is notionally giving them what they want.

Except this isn’t actually about what people want. This is about what the government wants. Johnson is tired of the virus, panicked by the polls, and desperate to get back to entertaining the public. Fist-banging about Brexit is fun, mitigating a pandemic is not.

And so here is where things become even more toxic. Of course people will crowd the beaches. Of course they will loosen up in the pub. Of course, after months of hardship, some will behave excessively. But those people have also followed the government’s nudge-and-wink messaging. So when cases begin to rise, as they inevitably will, it will be the fault of the people who were confused, not the people who confused them. Ministers are, in effect, setting up the public to fail.

This way the government can have its cake and eat it. First, it gets to distract people and pretend the virus no longer exists. Then, when the virus turns out very much to exist, they can blame the public for not navigating the tightrope they laid out for them. It is a double-whammy of cynicism that allows the government to absolve itself of responsibility in all circumstances.

It is no consolation that Trump’s version of this tactic is even more extreme: to pretend the virus has disappeared by concealing the numbers of cases. The president openly declares his intention to cut the number of tests, and his government is ending the federal funding of 13 testing sites. Vice-President Mike Pence, the marginally less unhinged face of the administration, has insisted that cases are only rising because tests have, but that is simply untrue. New York is conducting 50% more tests than last month and getting 60% fewer positive results, while Florida is testing 22% fewer people and getting 341% more positives. The virus in America is not over, and in some states it is barely getting started.

And so now begins the great project of old power-grabs and new distractions. The UK government is offering the generational shake-up of the civil service, a Brexit ‘shock and awe’ campaign, and a bogus promise of grand public investment. The US administration is returning to the promotion of white supremacy and the excitement of Trump’s re-election battle. Johnson and Trump are desperate to be strongmen, but like their counterparts Vladimir Putin and Jair Bolsonaro, they just happen to be presiding over the world’s worst outbreaks.

We all wish this virus would go away and, indeed, that it had never arrived at all. As humans we instinctively seek to curb nature’s greatest dangers and struggle to accept our own weakness. But covid is not a storyline our leaders can ditch when it gets too dull or convoluted, and the writers can’t subsequently pretend it never happened. Johnson and Trump love drama and love entertaining, but what they love most of all is themselves. The people they lead have never even come close.