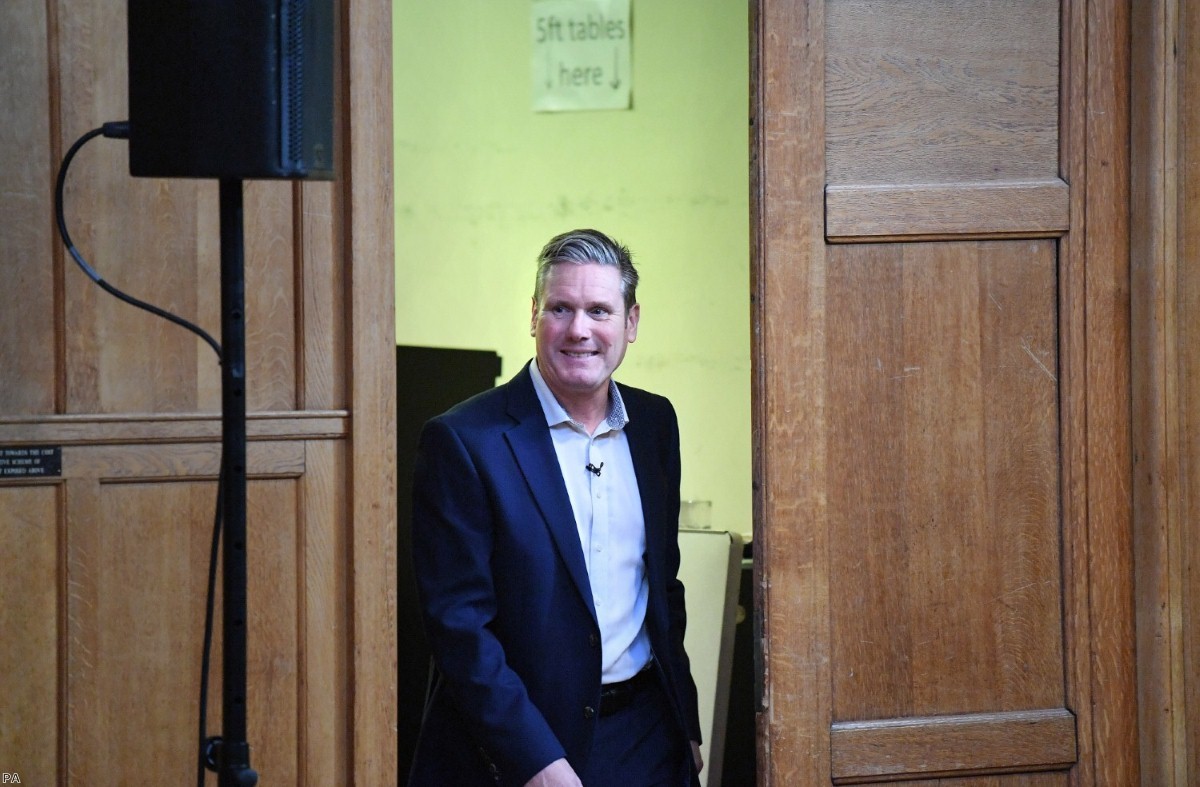 Starmer vs the trolls: Brexiters online react with outrage to new Labour leader

Since Keir Starmer became Labour leader, talk of the 2009 investigation of Jimmy Savile has circulated freely on social media.

One post mentions the four police cases against Savile referred to the Crown Prosecution Service (CPS) and the decision to drop charges due to "insufficient evidence".

It ends with a flourish of which Rebekah Vardy would be proud. "Why am I sharing this with you? The man in charge of the CPS at the time, that decided there was 'insufficient evidence' to charge Savile, is the now leader of the Labour party Sir Kier Starmer."

A version of the post on a Facebook page called Recusant Nine has been shared 2,400 times. The paragraph has been copied and pasted in posts and comment threads on at least ten Brexiteer social media groups and pages. Almost every post is identical, from the emphasis on Savile's 500 victims to the frequently misspelled "Kier". And on each occasion it is met with outrage.

It is also misleading. Starmer was Director of Public Prosecutions and head of the CPS in 2009 but the decision not to charge the TV personality was taken by another prosecutor, after a series of police and prosecution failings. Savile's case may never have crossed Starmer's desk.

But in private Facebook groups, where users are asked to outline their commitment to Brexit before gaining membership, there are few voices to counter the post's simple argument.

In these digital spaces, many have made up their mind about Starmer. Fake news and dubious sources serve to shore up their opinions.

Starmer is inevitably attacked for his previous support for a second referendum. The Worthing Brexiteer group shared a picture of Starmer to its 17,000 followers with the caption: "Sir Kier [sic] Starmer spent 3 yrs blocking 'The Will of the People'." The same image has been shared across private groups and comment threads.

But false representations of Starmer could prove more damaging. Last Sunday, the new Labour leader told Andrew Marr that the Brexit trade negotiations deadline should be extended "if necessary", due to the effects of the coronavirus.

On the page Anti-EU Pro-British, 139,000 followers can see the statement repackaged into a Youtube clip, with the headline "Govt should extend Brexit deadline". The post has racked up a thousand outraged comments.

It is reminiscent of a video during the election campaign, in which a Good Morning Britain interview with Stamer was repackaged by the Conservative Party to make him appear hesitant on Labour's Brexit strategy.

The groups suggest just what an uphill battle Starmer faces to win back Brexiters, even if Brexit is 'done' by the next election. As Nick Hargrave, former special adviser to Theresa May, wrote on Twitter: "Starmer won't easily connect in seats that turned Tory last year. Brexit has not evaporated as a values guide."

Some members of these groups profess to voting Conservative all their lives.  It is easy to dismiss them as an online echo chamber of lost causes who are not representative of the electorate.

But they are not immune to Starmer's political vision. As Hargrave pointed out in a New Statesman article this week, "public support in the UK for a more interventionist, redistributive state has been on the rise for several years". In these die-hard Brexiteer clusters, there is support for an expanded state.

Alongside countless 'get well soon Boris' posts, members of The Future of Britain Post-Brexit Years group support calls to increase the wages of all NHS staff. And in the 18,000-strong Brexiteers United group, members welcomed a Momentum video criticising Sir Richard Branson and Wetherspoons boss Tim Martin's response to coronavirus.

Ruth Smeeth, former Labour MP for Stoke-on-Trent North, is confident that Starmer can win back voters who abandoned Labour because of "Corbyn and Brexit".

In her former constituency, 76% of constituents voted for Brexit in 2016. In 2019, it swung to the Conservatives for the first time in its history.

"The Labour party has a huge amount to do to rebuild its relationship with our voters," she says. "The fact that I know that as soon as the current restrictions are lifted, one of [Starmer's] first visits will be to Stoke-on-Trent is a good sign."

She adds that just a "tiny percentage" of her former constituents form part of these groups and that they "care about a lot more things than Brexit".

For that reason, she hopes to focus discourse on health care, welfare and investment in communities like Stoke. "We need to talk about the other things that have an impact on people's lives," she says, "where they have felt isolated and struggled over the past few years."

Smeeth is also hopeful that as the electorate comes to know Starmer, criticism of his background, education and knighthood will fade.

On the Student Brexit Group page, which has 7,000 followers, a picture of Starmer being knighted by Prince Charles is captioned: "He represents a metropolitan liberal elite that sneers at the British working class".

Elsewhere, members of a 4,000-strong group We support Jacob Rees-Mogg, criticise Starmer for being a "millionaire" – perhaps forgetting the wealth of the man behind the group's name. Others add that "Keir Hardie would be turning in his grave".

Smeeth, a working class single mother who was the first in her family to go to university, believes Labour politicians are held to different standards than Conservatives. "I'm a working class girl done well," she says," therefore I should be held to working class values and held accountable to my actions."

The same is true of Starmer. "If you look at Keir's background, he embodies everything my constituents want for their children. Son of a toolmaker and a nurse. He came from a working class community and got to the top of his field. And he was rewarded for that through his knighthood. Everybody wants that for their children."

But right-wing influencers are working hard to distort the image, with obvious but effective attack lines. The conservative commentator and youth activist Darren Grimes labels "Sir Keir Rodney Starmer KCB QC" a "remain zealot" in a video on his Facebook page.

He tells his 10,000 followers: "Let's not forget that he's the architect of Labour's second referendum policy. He's now tasked with winning them back. He's got no chance in my opinion."

That "let's not forget" message is repeated throughout the comments thread, where the Savile paragraph is copied and pasted multiple times.

It is a sign that Grimes and the members of these groups will use all the means at their disposal to keep Brexit alive as an electoral compass.  The more successful they are, the harder Starmer’s task becomes.

Ian Johnston is a freelance journalist.