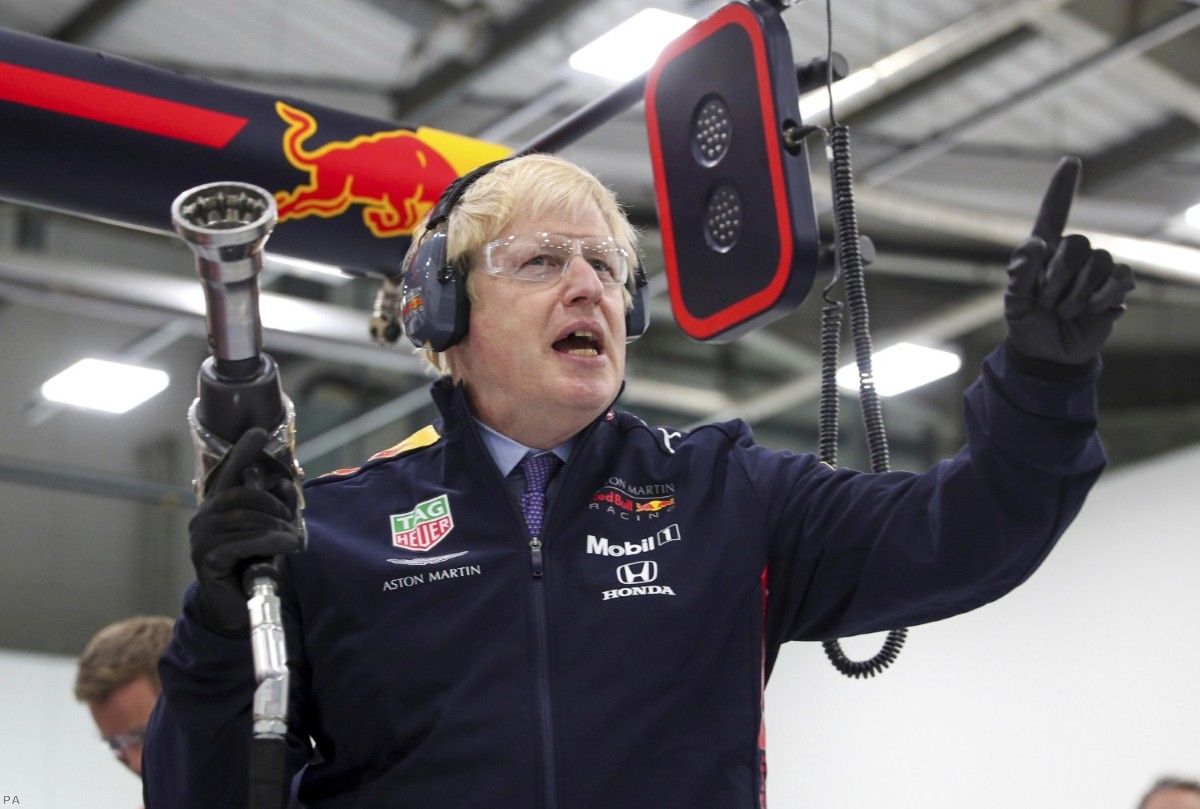 Every day of this campaign, our basic standards erode a little further

Not long now. It's the sort of comforting phrase a parent might offer to a whining child complaining about the length of a never-ending journey. Not long now until December 13th and the end of the worst general election campaign in living memory – and I am old enough to remember some really bad ones.

If you are feeling nauseous, weary, depressed, angry, sad – don't worry. That seems like a rational range of responses to what we've been served up. This process is supposed to be about what Sir Robin Day called "the destiny of the nation" – big, serious and important stuff. Instead there are fantasy claims and fantasy accusations, with the combined effect being more like a horror movie than Disney's Fantasia.

It has been profoundly unsettling. But why specifically? What is that persistent, nagging feeling of disquiet which follows so many interviews, 'debates' and election adverts? I think it has to do with the shattering of norms of behaviour and the upending of some fundamental tenets and beliefs.

Chief among these is the until now unchallenged one that we should, as a rule, tell the truth. Apart from assuring our children that yes, we are nearly there, one of the other things we tell them is that lying is bad. It is wrong. 'Cheats never beat', as the old phrase had it. Dishonesty should not be rewarded. The prizes should go to the most talented and the hardest working, not the most slippery and untrustworthy.

Lying has traditionally been frowned upon. Go back to the story of Adam and Eve in the Garden of Eden. It is the wicked, deceitful serpent who misleads Eve, causes all the trouble, sees us kicked out of paradise and puts back the cause of naturism by thousands of years.

In politics the useful or necessary lie is not necessarily wicked. In Plato's Republic a ruler who tells lies is likened to a doctor administering medicine – although the assumption is that lies are being told in a good or noble cause. Machiavelli talked of the need for a prince to be a great "pretender and dissembler". Even Montaigne recognised the need for leaders, on occasion, to lie.

This concept of what the French called a 'mensonge officieux' – an unofficial acceptable lie – held until the 18th century age of Enlightenment. But it was then that a revolutionary appetite for the truth grew, and with it a zeal for eradicating human ignorance and misconceptions.

The French Revolution – like the US war of independence – can be seen partly as a battle to overthrow the tyranny of liars. One French philosopher, the comte de Volney, declared during the revolution that the final victory against lies had been won. A combination of education and good government would sweep away prejudice and human error.

Another 18th century philosopher, Baron d'Holbach, said: "The man without truth will never be more than a discouraged slave, beaten down by oppression, ready to receive all vices and prejudices that those he depends on wish to inculcate in him. These cannot be co-operative members and intrepid defenders of a great society."

This stuff mattered. In a paper published in the 1950s the US academic Lester Gilbert Crocker wrote of these Enlightenment heroes: "Fundamentally, those who upheld the side of truth were believers in what we today call democracy: for their stand was founded on faith in the people, faith in their ultimate discernment of the good and the true."

Fast forward to our delightful general election campaign and you can see how far we have fallen – about as  far as Adam and Eve from their earthly paradise.

Of course politicians have always fibbed, spun, and put the best gloss on things. Anthony Eden lied about his intentions over Suez – but then he resigned. Harold Wilson said that "the pound in your pocket" had not been devalued – but then he never again regained a reputation for straight dealing. Tony Blair was not, I think, lying about the existence of weapons of mass destruction in Iraq. Like others he believed in the intelligence, such as it was. But many people were convinced he lied – and he too never recovered.

This time something is different. People talk rather glibly about 'fake news' or a 'post-truth' election. But it's much more serious than that. The very nature and status of truth seems to be being discounted, as though it either doesn't exist or doesn't really matter if it does. The British liar in chief is, of course, Boris Johnson, who no longer seems able to recognise what the truth is, in his public utterances at least. I expect members of the DUP feel his private words cannot be relied on either. Johnson took his lead from Donald Trump. Nuff said.

Perhaps this all sounds naïve and unrealistic. People have always lied, and they always will. Perhaps only believers in the so-called 'just world fallacy' – that heroes are rewarded and villains get their just desserts – are upset by this cavalcade of lies and deception. Perhaps we should even admire and marvel at the consummate, shameless lying of the prime minister and his colleagues and make no objections on moral grounds.

Well I object. And not just out of moral squeamishness. This is a slippery slope. If we give up the fight on truth-telling and facts, which will be the next Enlightenment value to be jettisoned? Will casual violence become acceptable? Theft? We haven't even dealt with existing moral failures such as slavery or rape. What happens to a society in which we just shrug and let the liars win? Returning to a pre-Enlightenment world does not strike me as progress.

We won't always agree about the facts. As Montaigne also said: "Today's truth is not that which is, but that which others find persuasive." But I'm not giving up on facts and truth, and neither should you. Another 18th century voice, that of Jonathan Swift, tells us why:

"Falsehood flies," he wrote, "and truth comes limping after it, so that when men come to be undeceived, it is too late; the jest is over, and the tale hath had its effect…like a physician, who hath found out an infallible medicine, after the patient is dead."

Not long now. And so much still to lose.

Stefan Stern is a journalist and author. He is a regular contributor to The Guardian and the Financial Times. His latest book How To Be A Better Leader was published in March this year. You can follow him here.