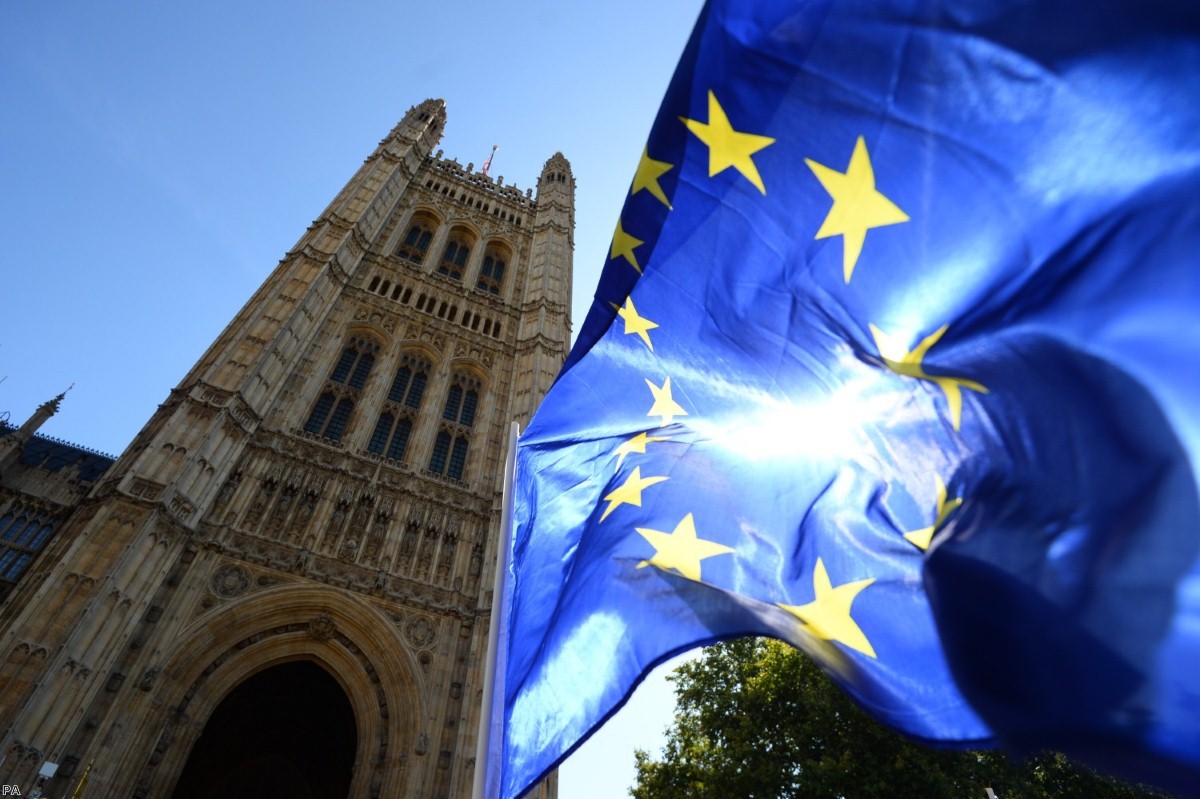 "Labour's disastrous choice", the Financial Times declared as the party revealed its new leader in September 2015. "The election of Jeremy Corbyn as Labour leader is bad for the opposition and for British politics".

Yesterday that same paper – capitalism's newspaper of record – accepted a Corbyn government, however short-term, as a price worth paying to kick a Conservative government out of office.

"Those opposed to a no-deal Brexit must then cast aside their differences and pass a motion of no-confidence in the government," said last night's FT editorial. "This is unpalatable for even the most ardent Tory Remainers … since ousting [Boris] Johnson in time to affect the Brexit process may also require the creation of a caretaker government under Labour's Jeremy Corbyn – an outcome they rightly fear. The overriding priority, however, must be to safeguard British democracy."

The saying goes that you should never interrupt your opponents when they're making a mistake. But if anti-no-deal politicians had lacked focus, unity and coherence over the summer, Johnson's anti-democratic assault on parliament yesterday was quite the interruption.

While some Labour MPs in Leave-voting seats have turned their nervousness about opposing Brexit into something of a psychodrama, they will surely all (barring Kate Hoey) be united in outrage at the Johnson's suspension of parliament, which if allowed to succeed would provide a government of right-wing fanatics such as Priti Patel with a clear precedent for how to get their way.

Meanwhile senior Tory MPs were electroshocked out of their usual cautious statements and incrementalist ambiguity. There was little 'wait and see' permissiveness yesterday from Philip Hammond, David Gauke, Greg Clark or Oliver Letwin – none of them Continuity Remainers, none of them public supporters of a People's Vote.

There is nowhere near a parliamentary majority in support of Johnson's actions. He has united the opposition to no-deal against him, giving them a totemic issue, a moral cause, and an urgency that sparks into action those who have spent the last few months on the verge of taking a stand.

He has also burned through much of the ambiguity over his intentions. "Which Boris would Britain get?" the Economist asked on its front page in June. Well, we have our answer. Britain has the only Boris who ever existed – cynical, self-interested, sociopathic, lying, power-hungry, trigger-happy, rule-breaking. Dangerous and not in a good way.

A handful of Tory centrists cling to the idea that this is yet another manoeuvre to force concessions from Brussels and a new deal to the table. But for others, this is now secondary: the means do not justify the end, even if the end is seen as desirable. Perhaps there are still some Conservatives whose objective is to conserve. But reports in Buzzfeed yesterday suggest the government is even considering asking the Queen to refuse to grant Royal Assent to any laws delaying Brexit simply highlight that this is a uniquely dangerous government to British democracy, whose stifling and ultimate removal trumps all other concerns.

Indeed, one of those concerns now works against the government, not for it. Tories – and arguably the Lib Dems, independent Blairites and some Labour centrists – had regarded a Corbyn government as the worst possible outcome, to be avoided at all cost, potentially including a no-deal Brexit. But by gleefully setting fire to constitutional conventions, Johnson has created a precedent that other governments could follow. Corbyn himself is clear in his opposition to suspending parliament, but that won't stop his fiercest detractors fearing he might one day do likewise. Conservative rebels are now using this risk as a reason to oppose Johnson – not, as before, as a reason to keep him in place.

And these notions – of norms, of democracy, of the spirit as well as the letter of the law – represent the greatest act of self-harm committed by the government yesterday. Leave was sold as a route to more democracy – for sovereignty to be returned to Britain's elected parliament. Instead no-deal is being bulldozed through by an unelected prime minister of a minority government getting on a helicopter to secure a quick rubber stamp from an unelected head of state.

People know what they are witnessing, no matter how they voted in 2016. Some Leave voters want Brexit at all costs, doubtless even if it involved tanks rolling down English streets as the Union fell apart. Others, however, are not so fanatical. Support for proroguing parliament is tepid among Leavers and non-existent among everyone else.

The prime minister's chief adviser, Dominic Cummings, may feel terribly well-endowed by all this hardballing, but government-by-trolling isn't government, and it isn't politics. You can't win by laughing at your opponents when you are opposed by most of the country.

Which Boris have we got? Perhaps it's the one the Times once had – the one who lies and then loses his job.