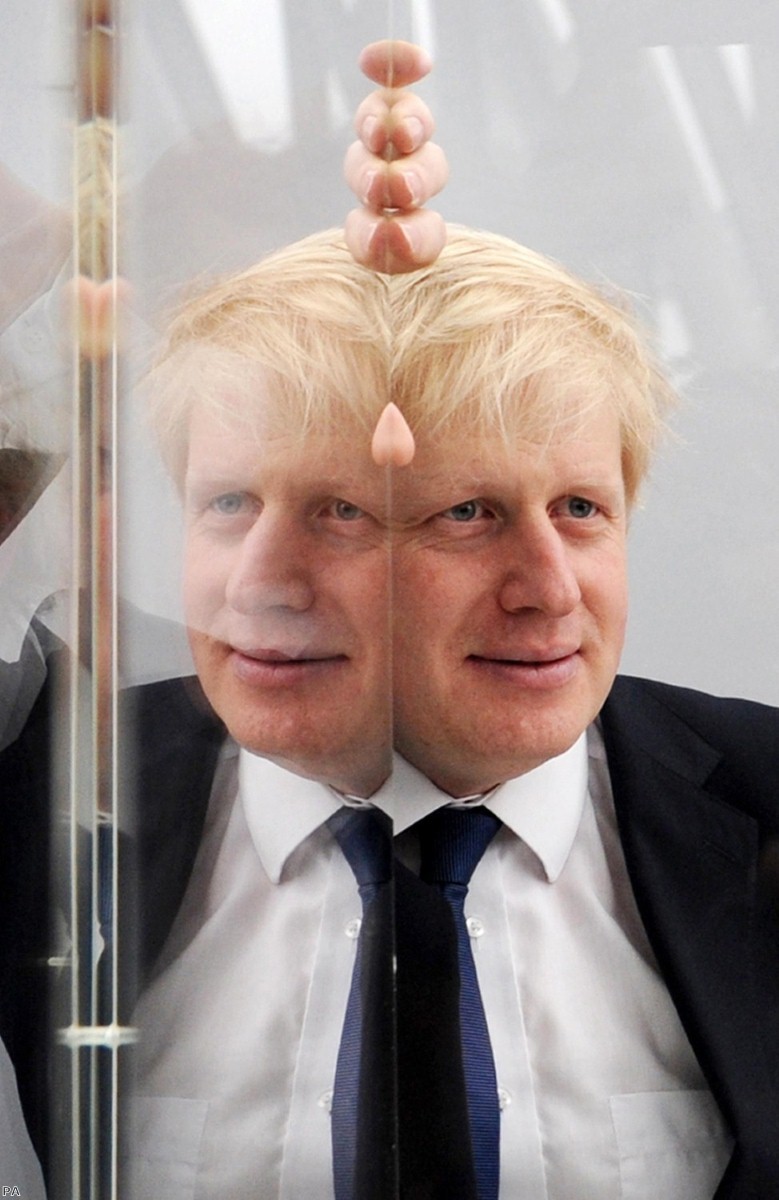 Johnson’s doublethink no-deal: Simultaneously bad and not bad at all

More leaks and more lies. The Yellowhammer leak recently painted an unconscionably grim picture of what the hardest of hard Brexits looks like: food and medicine shortages, disruption to infrastructure, a hard border in Ireland, public disorder. It's like 28 Days Later, but with a couple of extra days to fit into Angela Merkel's timetable.

The government's response to the leak was perhaps even more alarming than its contents. A Number 10 spokesperson quickly claiming that the report was out of date and "deliberately leaked by a former minister in an attempt to influence discussions with EU leaders".

It has since been revealed that the documents were published in August 2019, making it impossible for any former minister to have been responsible. Which means the government's spokesperson was either troublingly ignorant of a crucial document or troublingly aware of it.

The government is not only insinuating that the impartial warnings issued by its own civil service are irrelevant simply because we've found out about them, but is going one troubling step further. It is claiming that the policies pursued by Theresa May should be seen as an act of sabotage against current proposals to leave the EU.

The level of cognitive dissonance is astounding, not least because the current prime minister's Brexit policy is almost a carbon copy of the former's. Both involve the government seeking a deal with the EU – based on fairly ruthless red lines – but willing to countenance no-deal in some kind of backward attempt at leverage.

And what exactly does that backward leverage consist of? In this respect, Michael Gove's response to the leak was quite revealing. He said it was based on out-of-date information and referred only to the worst case scenario. Which begs two questions: what exactly has changed, and how can a spectrum of different absences of deals exist?

As far as the document's relevance goes, many of the threats – tariffs, recertification, information sharing, the entirety of the Northern Ireland border situation – simply cannot be prepared for. Not because we lack time, money or belief, but because leaving with no deal inherently means opening ourselves up to these issues. With all the effort in the world, they would still be the consequence of crashing out on October 31st.

On the second question, it can only be assumed that Gove was conceding different levels of preparedness from the government, rather than actual discrepancies in the kind of no-deal we're facing. After all, while there can be a range of options available in seeking a deal, there is less choice at hand in the absence of one. If that is the case, then Gove's defence relies on the government not expecting the country to be as ready as possible come Brexit day – hardly a vote of confidence in Johnson's plan B.

And in truth, that lack of confidence will be present in government too. While Johnson may profess to be more than happy with a cliff-edge Brexit, he knows that no-deal spells disaster for his career – the actual wellbeing of the country obviously being an afterthought.

In his first prime ministerial statement to parliament, he told MPs: "I would prefer us to leave the EU with a deal. I would much prefer it. I believe that is still possible even at this late stage and I will work flat out to make it happen."

For there to be the slightest chance of this succeeding, no-deal needs to look as bad as possible. It therefore speaks volumes of Johnson's desperation that he's prepared to look the authors of these documents in the eye and shrug, disowning any responsibility for the impending disaster. Anything else and he risks his own incompetence not managing to persuade MPs to back a deal.

This is not to downplay the risks of crashing out of the EU on October 31st: there are enough blinkered Conservative MPs who outright reject the Withdrawal Agreement, and enough opposition MPs unwilling to work together, that it remains a possibility. But it is far from the government's first choice.

Of course, the apocalyptically bleak prospect of no-deal still doesn't make the deal we'd get a good outcome. Nothing has changed. It means taking an economic hit we can't afford, putting EU citizens' rights at risk, renegotiating trade deals without any leverage, losing the freedom to live and work abroad afforded to previous generations. and denying young people the same opportunities afforded to their parents' generation.

There is, people keep forgetting, a genuine solution at hand that sidesteps the parliamentary deadlock and not unreasonably asks the public if this three-year-old tantrum of British politics isn't perhaps starting to take the piss. Because if the government's handling of Brexit hasn't yet convinced you, surely its handling of the leaks should?