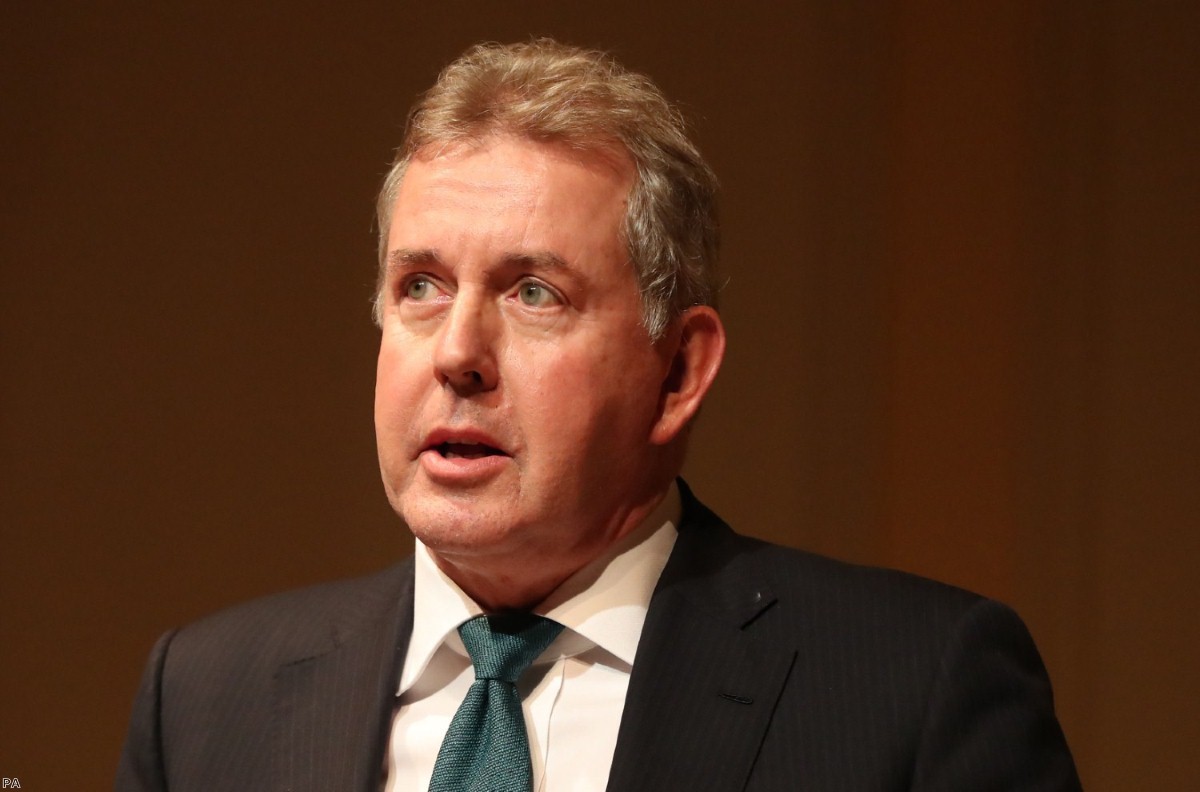 Political consensus is a thing of the past.

No other conclusion can be drawn from the resignation of British ambassador Sir Kim Darroch, the latest victim of the polarisation gripping Westminster.

There is nothing remotely shocking about a British ambassador holding a negative opinion of a foreign leader, communicating that opinion to the government and anticipating confidentiality in their work. We need to know three things: the source of the leak, the motivation behind it, and that MPs will offer unequivocal support to our civil servants.

But for a country in the throes of political schism, it's not possible. Instead, a moment which should really be completely uncontroversial becomes another Brexit battleground.

The leak offers so much to be genuinely offended at – from the murky role of its author Isabel Oakeshott, to the immediate condemnation of Darroch from Nigel Farage, to the painful silence of Boris Johnson – yet somehow this has all paled in comparison to absurd outrage at the idea of a candid diplomat.

It is painfully clear from Oakeshott’s revelations that Brexiteers have more in mind than the hurt feelings of an offensive President.

"There is mounting evidence that Brexit has politicised many mandarins," she reported in the Mail on Sunday, "with officials who privately support Brexit accusing the Civil Service of trying to stop the UK leaving the EU."

This comes as a non-sequitur to a fairly innocuous remark by Darroch about differing opinions on climate change, media freedoms and the death penalty. Brexit scarcely seems to figure in the remarks quoted, but the article nonetheless judges him to be a "europhile" and accuses civil servants of impeding our departure.

There are other red flags: in an aside, Oakeshott claims that allegations of collusion between Russia and the US are "largely disproved", despite Robert Mueller’s recent report explicitly asserting the president could not be exonerated of such claims. She repeatedly cites the "secret cables" delivering the messages to the government, as though confidential communications are somehow abnormal or unwarranted.

Oakeshott doesn't simply publish the leaks – she reaches beyond their content to jeopardise the civil service for doing its job.

It is alarming that we need to be reminded that it is not Darroch’s job to sugar-coat the realities of the Trump administration for British officials. Anyone paying the slightest attention to American affairs will struggle to disagree with his conclusion that the executive branch will not become "substantially more normal; less dysfunctional; less unpredictable; less faction riven; less diplomatically clumsy and inept" anytime soon.

Frankly it would be more far more concerning if the documents said anything to the contrary – but in this topsy-turvy political nightmare we're supposed to be appalled at every objective assessment that doesn't attempt to dissemble or hide inconvenient truths.

Oakeshott has since tweeted approval of Farage’s claims that the leak occurred because too many civil servants have been "rubbishing" Brexit. Such blatant attempts to steer revelations about a dysfunctional foreign government towards promoting Brexit offer a pretty damning insight into their true purpose – not least when they scarcely reference leaving the EU in the first place.

Brexiter blindness to the damaging impact of such revelations is unsettling. For someone as "notoriously thin-skinned" as Donald Trump, the leaks ought not just to provoke misgivings between the US administration and 'europhile' diplomats – they could damage the entire future of the transatlantic relationship.

Of course, it is hard to tell whether Trump's immediate attack on the ambassador rather than the leak is indicative of complicity or just the myopic indignation that has marked the rest of his presidency. But these revelations have the potential to outlast the current administration and damage more than just our reputation with the US.

After all, the decision to undermine British diplomacy at a time when the country is supposed to be proving its credentials as a trustworthy, outward-looking trade partner is simply baffling.

And why would anyone would take diplomatic disclosures of this proportion to a writer quite as openly partisan as Isabel Oakeshott, if not to have them spun into the pro-Brexit web of disinformation?

The revelations must be seen as a coordinated attack on civil service impartiality and objectivity, motivated by the barely-stifled sycophancy and veneration of ignorance we've come to expect from those leading the charge on our exit from the EU. There should be unanimous outrage, but once again we find ourselves in a proxy argument highlighting how utterly divided the country is.

Because if we can't agree on the fundamental need to defend our diplomats against hostile leaks, where the hell are we supposed to find consensus?