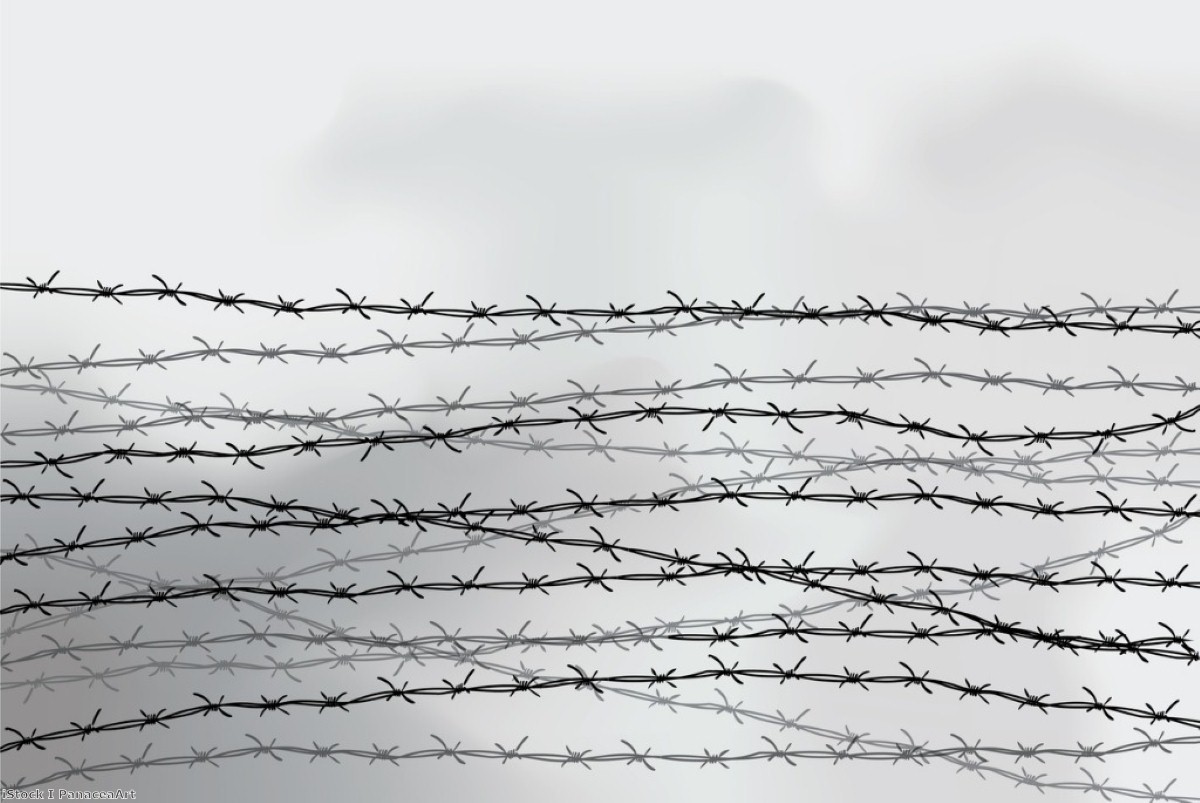 There are many Chinese women locked up in Yarl's Wood detention centre. Their stories are some of the most extreme accounts of exploitation and sexual violence I have heard since working with Women for Refugee Women. They told me about lifetimes of rape, abuse and coercion both in China and here in the UK, in brothels or domestic servitude.

"The gang leaders forced me to have sex with men who would come to the house where I was imprisoned," one woman said. "If I tried to refuse they would beat me and starve me. Then one day men in uniforms came to the house. I was terrified. They took me to Yarl's Wood. I was taken from one hell to another."

According to Home Office statistics, women from China make up the largest group of women in immigration detention. During 2018, 420 Chinese women were detained.
It's a cruel thing to do to them, but it's also a pointless one. Of the women who claimed asylum, 92% were eventually released to continue the process within the community. So while the Home Office claims detention is used only as a last resort prior to someone's removal from the country, this striking statistic shows that Chinese women are actually being locked up for no reason at all.

Today, Women for Refugee Women publishes new research examining the legal files of 14 of these Chinese women who were trafficked into prostitution or forced labour and then detained at Yarl's Wood. The report exposes a pattern of institutional racism and deliberate harm on the part of the Home Office in its treatment of these vulnerable women.

As a matter of course, the Home Office is ignoring clear indicators of trafficking, including when women are found during raids of brothels. Detention is known to inhibit women’s ability to disclose experiences of trafficking and other abuse, but even when women did make such disclosures they were not granted the support outlined in the Home Office’s own guidance and remained locked up for long periods of time. All of the women in the sample were detained for over a month.

Indeed, the medico-legal reports and healthcare records of the women in our sample revealed diagnoses of Post-Traumatic Stress Disorder, depression, psychosis and self-harm. During our calls with and visits to Chinese women in Yarl’s Wood, many have told us that they have lost all hope while in detention. Half the women in the sample were having thoughts about killing themselves.

Survivors of trafficking and sexual violence should not be detained. The Home Office accepts this in its own 'Adults at Risk' policy. That policy ostensibly aims to reduce the number of vulnerable people in detention, but three years on nothing has changed.

In 2017, Women for Refugee Women published research examining the implementation of the Adults at Risk policy. We found that vulnerable women were still routinely being detained, 85% of the women we interviewed had experienced rape, domestic violence, forced marriage, forced prostitution or female genital mutilation and were still locked up. Shortly afterwards, the Inspectorate of Prisons published a report corroborating our findings.

The Home Office has another policy on trafficking which puts victims of trafficking in safe accommodation with emotional and practical support while their immigration case is considered. None of this is possible within the toxic environment of Yarl’s Wood. The Home Office is deliberately flouting its own guidance and causing vulnerable women further harm.

Shalini Patel, a solicitor at Duncan Lewis who has represented many of these women, says: "There is clear incompetence and sheer disregard for the safety of these women who have already been subjected to such horrendous sexual abuse and exploitation. These women are by no means fit for detention, but despite this they are detained for months at a time with no adequate support.”

That's par for the course. The Home Office simply aren't taking their own safeguards seriously. New Home Office data, obtained by After Exploitation and released today, shows that 507 potential victims of trafficking were detained under immigration powers in the UK last year alone. The real number is certainly far higher. These figures only include those the Home Office accepts might be victims of trafficking. In reality, they routinely flout their own guidance to refuse trafficking claims from the outset.

Today, Jess Phillips will lead a Westminster Hall debate on the detention of survivors of trafficking and modern slavery. We hope MPs will push for radical reform. Policy tweaks and new guidance have proved inadequate to protect the most vulnerable people from the harms of immigration detention. It’s time for real change, and to end the practice of immigration detention altogether.

Samantha Hudson is communications executive at Women for Refugee Women. You can follow the group on Twitter.