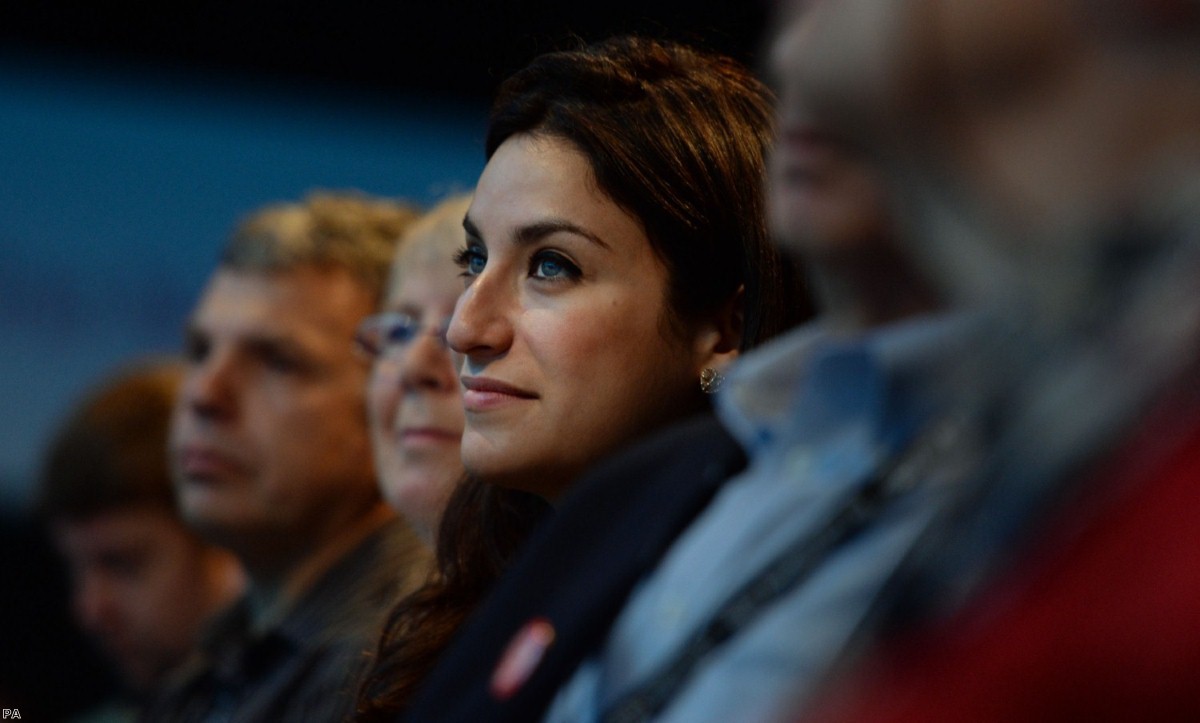 The row over a 'no-confidence' vote on Luciana Berger last week was just the latest sordid episode in the Labour party's identity crisis. What set this one apart was the context, with several Labour MPs, including Berger, declining to deny rumours of a planned exodus for pastures new.

This gave the different responses by party bigwigs the quality of a picture sharpening into focus. On one side, several non-Corbynite Labour MPs condemned the mooted motion. They argued that Berger was a committed public servant, whose only offence was to have criticised the party's failure to curb anti-semitism in its ranks.

This argument had the virtue of being supported by all the available evidence. The motion appeared suspiciously soon after Ms Berger and others called for the party to reveal the status of its copious backlog of anti-semitism cases. (Yesterday the party disclosed it has looked into 673 such cases since last April.) Berger, who is Jewish, needed a police escort to attend her party's annual conference in September after receiving racist abuse and death threats from Corbyn supporters.

The Liverpool Wavertree Labour party responded to this outcry by dropping its brave little motion of no-confidence. But alas, it came too late for the reputation of two senior members of the Labour establishment. Earlier in the day, in a considered statement to the BBC Today Programme, ITV News and Sky News, shadow chancellor John McDonnell opined that "from what [he'd] seen on social media" the motion was not about anti-semitism, but about reports Berger was planning to quit the party and form another.

He went on to offer the not-very-friendly "advice" that Berger should clear up these rumours and "put the matter to rest". This was despite McDonnell being informed that the motion's co-sponsor, Kevin Campbell, was a conspiracy theorist who had called Berger a "disruptive Zionist".

A similarly tortured attempt at difference-splitting was provided by freelance Labour press officer Owen Jones in the Guardian. After defending the no-confidence move in principle, Jones concluded with the same quid-pro-quo as McDonnell: "A decent approach would surely be for Berger's party members – and indeed all of us – to show solidarity against Berger's anti-semitic harassment (which we should do whether Berger is in Labour or not), and for Berger to commit to not join a new party and thereby attempt to destroy her own party. Is that not reasonable?"

This implied exchange – we'll defend you against racist attacks if you make a declaration of loyalty – ought to strike any self-respecting Labour supporter as obscene. But the tolerance for obscenity among Labour supporters is a source of constant wonder.

Take another recent example of the party’s metamorphosis. A few weeks ago, in a period when Brexit ought to demand all of its attention, the Labour party took time out to defend a ramshackle dictatorship in Venezuela.

After you have given Vladimir Putin the benefit of the doubt over Salisbury and said Syria's Assad is a popular leader interested in peace, defending Maduro is small fry. But it was fascinating to see McDonnell, Diane Abbott and others sign a letter to the Guardian calling for "dialogue" with the caudillo in Caracas, and doing so on the bizarre grounds that the 2003 war in Iraq had both taken place and turned out badly. Would you like some fries with that non-sequitur?

Meanwhile, slightly further down the food chain, unofficial Labour spokesman and Corbyn ally Chris Williamson hit the TV circuit to explain that Venezuelans were in fact not starving, and to blame all of that country's problems on US sanctions. As if to bring us full circle, the party's online cheerleaders at the Canary raised the all-important issue of whether Israel might be the hidden hand behind Venezuela's opposition.

Corbyn's own history of indecent politics – inviting bigots and terrorists to parliament, excusing Russian imperialism, working for Iranian state media – is so extensive and well-documented that even a summary groans from the weight of evidence. Yet he leads a party whose supporters see themselves as good people fighting injustice like a righteous flame.

That self-image is now at risk of being shattered. A party which threatens Berger while defending Willamson – or for that matter, Corbyn himself – is making a very clear moral statement. This is dispiriting for people who want a more just and equal world, but who never drank the Corbyn kool-aid, or who have grown sick of the bad taste in their mouth. When the party of the left defends racists and dictators, where does that leave the cause of fighting injustice?

In this context, deputy leader Tom Watson’s calls for Berger’s local party to be investigated for "bullying" appear less like a mainstream party cleaning house, and more like a Banana Republic issuing contradictory commands. No party's 'big tent' coalition is broad enough to contain natural political enemies. With the Corbynites in the saddle, Labour's dissenters have three choices: conform, face the political wilderness, or fight back.