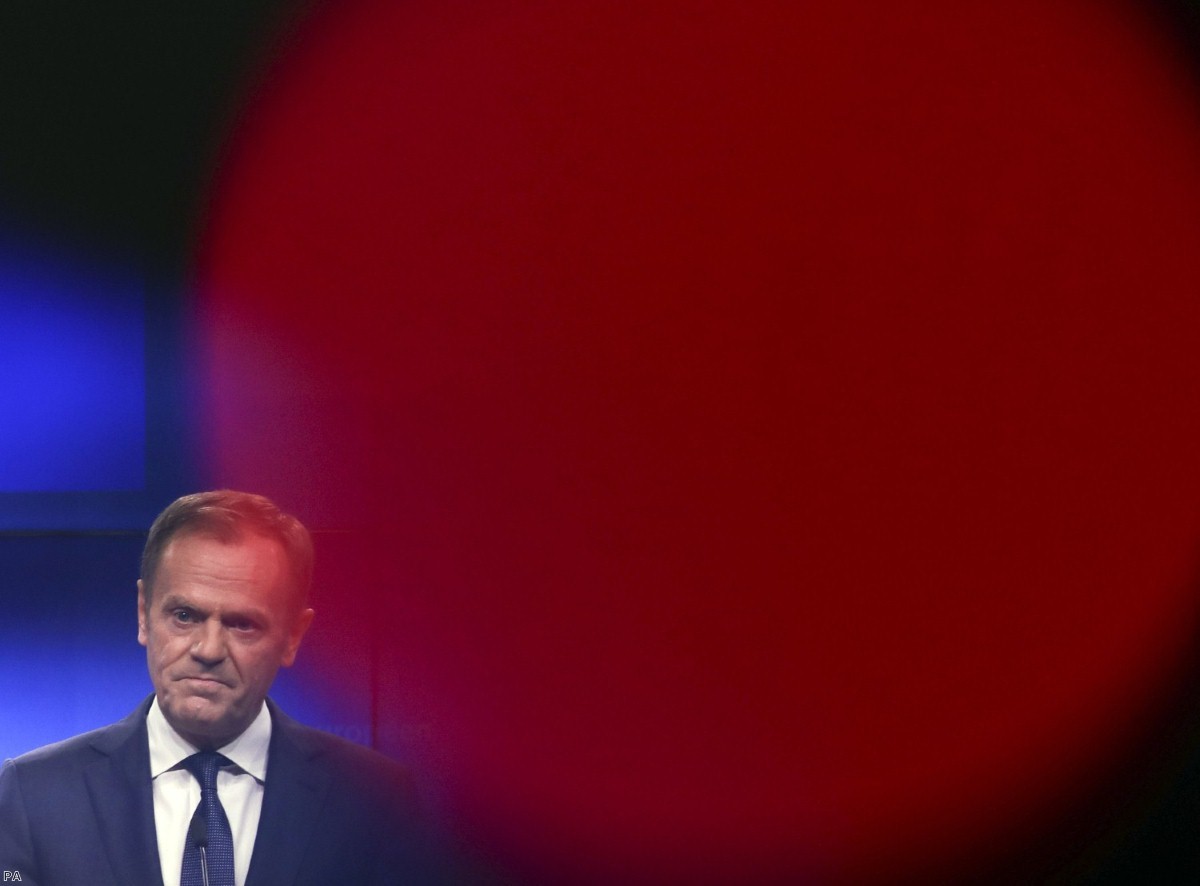 Overreaction to Tusk’s comments shows how thin-skinned nationalists are

When did hardline careerist kamikaze nationalists get so incredibly thin-skinned? After European Council president Donald Tusk asked, entirely fairly, “what the special place in hell looks like for those who promoted Brexit without even a sketch of a plan”, the Tory Brexiters melted down like snowflakes trapped in unexpected sunshine.

Let us deal first with the absurd and preposterous over-reaction to Tusk’s remarks. Does anyone remember the tone of debate in Britain over the last forty years? Has it been particularly complimentary towards Europe? I forget. How about the tone in just the last three years? Was it Boris Johnson who likened the EU to Adolf Hitler, and then as foreign secretary warned Brussels not to administer “punishment beatings in the manner of some World War Two movie”? Was it Michael Gove who compared pro-Remain economists to Nazi scientists? Was it current foreign secretary Jeremy Hunt who characterised the EU as a Soviet prison? Yes, reader. Yes it was.

Why is political correctness only abominable when it’s helping society’s most marginalised? Why do millionaires like Boris Johnson and Jacob Rees-Mogg deserve special protection from insults and mockery? The Brexiters have gratuitously scorned and traduced the EU for years, but demand total courtesy and sensitivity to their exceptionalism in return.

Well, time’s up. The EU doesn’t need to display superhuman courtesy any longer. If the Brexiters can dish it out, they can also take it. This is a spoilt brat masquerading as a political movement. The fundamentalists are leaving the dinner party and deserve to know what their jacket looks like before they do.

The key point here is that the EU has no reason to nurse British egos and treat everything as absolutely normal. Everything is absolutely not normal and Brussels has every right to be furious about it. The cartoon patriots of the Tory right promised every kind of Brexit to every kind of constituency, smearing all reasoned opposition as fear-mongering and never once levelling with the British people about the sacrifice it would entail. Romantic nationalists like Johnson and Gove resolved to lie, cheat and exploit the dreams of millions in the service of their own careerist zealotry, utterly content to destroy as many lives as it took. And not just British lives or jobs, either. People in Ireland are genuinely concerned about a return to civil war, while English people scoff and condescend and compare the border which claimed 3,000 lives to the boundaries between two London boroughs. Even now, three years on, they refuse to tell the truth and simply double down on their obscene fantasies.

This is not just about promises made, either. The official Leave campaign has been found guilty of breaking electoral law, while the co-founder of its rival Leave.EU is under multiple investigation by the National Crime Agency. Meanwhile government ministers openly and actively prepare for a scenario which brings food and medicine shortages and the possibility of martial law. Never mind a special place in hell. Some people may deserve a special place in jail.

So why did Tusk do it? Diplomatically, for sure, it wasn’t the smartest move. Perhaps he wanted to send a warning sign that the EU meant business. Maybe he wanted to get one over the Brexiters or show them who’s boss. He was careful not to blame Leave voters or politicians who are dutifully, if insanely, implementing the result of the referendum in the most extreme way available to them and at any cost. But whatever his motivation, it needed to be said. If more senior figures had had the bravery to scrap the protocols and niceties earlier, we might have had a more honest and productive negotiation.

The most important lesson of this story is that we still can’t have a national conversation which speaks honestly about Brexit and holds its reckless engineers accountable. Tusk is a seasoned diplomat who grew up behind the Iron Curtain, and knows only too well the impact of unchecked power and ruinous demagoguery. When he advises the English establishment not to destroy its own country, that establishment would do better not to reach for the smelling salts or berate his lack of manners, and rather thank him for telling the truth. Someone bloody had to.