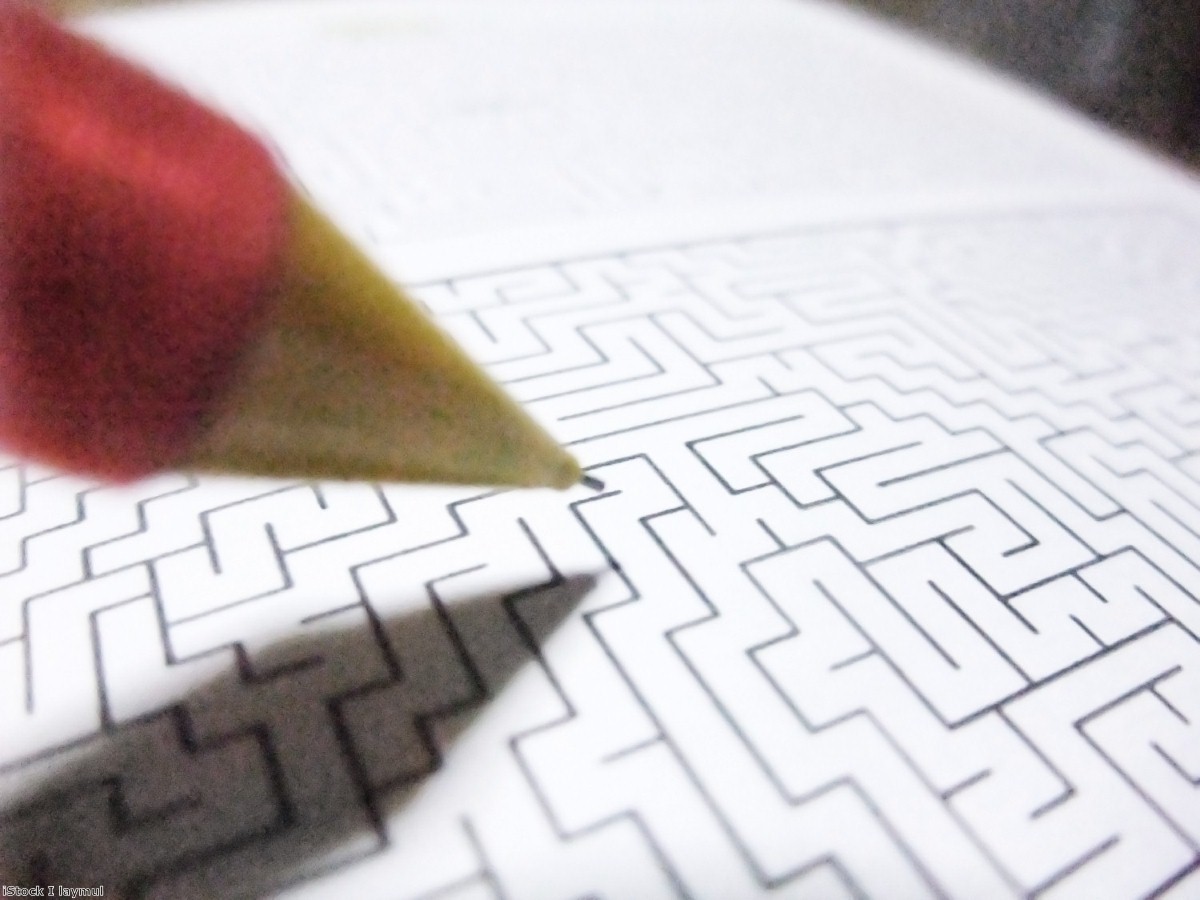 Brexit A-Z: Your quick-and-easy guide to the most complicated debate in British politics

Brexit is horrible combination of things: Important, complicated and boring. Most people long ago stopped paying attention to day-to-day changes in the debate and unfortunately that includes some MPs. So for their benefit – and yours – here is a quick-and-easy beginner's guide to all the key Brexit terms: what they mean and why they matter.

This is the formal legal process for any country seeking to leave the EU. Theresa May triggered Article 50 in March 2017, after a legal challenge found she needed parliament’s authority to do so.

Once triggered, it sets off a two-year period during which the departing country and the remaining EU nations negotiate an exit deal and roughly outline their future relationship.

The country that triggered Article 50 leaves the EU automatically after two years, or even earlier if they've agreed and passed an exit deal. This means the UK will automatically leave the EU on March 29th 2019, unless Article 50 is extended or revoked.

The backstop is an automatic relationship between the UK and EU which will trigger under the terms of Theresa May's Brexit deal if the two partners haven't agreed a future relationship by the end of the transition period.

This is necessary to avoid creating border checks – or a 'hard border' – between Northern Ireland and the Republic of Ireland.

The backstop would keep the UK in a customs union with the EU, and require Northern Ireland to keep up with EU rules covering food, agriculture, and some other areas. However, unlike during the transition, the rest of the UK could change its rules or end freedom of movement, and would have left the single market.

This is an agreement between a number of countries to make it easier to trade in goods with one another. It drastically reduces the number of searches and checks for goods crossing borders, and also reduces paperwork.

Countries in a customs union also agree not to charge any tariffs – a tax on goods or materials entering a country – on goods originating from each other's nations.

Given the UK's advanced just-in-time manufacturing, experts warn that leaving a customs union could seriously disrupt the UK economy and lead to significant delays at the border. However, being in a customs union restricts a country's ability to strike trade deals with countries outside that union.

This is one of only two ways in which the UK could avoid or postpone leaving the EU on March 29th 2019. The government probably doesn't need parliament’s permission to extend Article 50, though it would face a political backlash from some. It certainly does need the approval of all 27 countries that make up the rest of the EU.

The EU has indicated it would grant a short extension – of a couple of weeks or months – if it would allow the UK to implement an exit deal, or if it was to hold a second referendum.

However, it would not grant it without a clear reason, which doesn't include more UK arguments with itself. It might also resist giving a longer extension, as this would mean the UK was part of EU elections in 2019. Given all 27 national leaders would need to approve this, there would be a risk that someone could block the process for their own domestic politics.

This is the deal required to leave the EU, secure a transition period and avoid a no-deal Brexit under the terms of Article 50.

The deal Theresa May is trying to get through parliament is an exit deal, and while it's very technical and nearly 600 pages long, it really only covers four major areas: the rights of UK and EU citizens post-Brexit, future payments from the UK to cover its debts to the EU, the terms of the transition period, and the backstop for if talks on the future relationship between the UK and EU don't conclude in time.

The exit deal does not set the terms of the UK and EU's future relationship, which could in the long-term be a hard Brexit or a soft Brexit. Because either of those options would still require the UK and the EU to address all the issues in the exit deal, the EU has said this deal is not up for renegotiation, under any circumstances.

Despite the EU saying no renegotiation of this deal is possible, the Labour frontbench and several Conservative factions are calling on May to renegotiate it – or claiming they could renegotiate it.

This is the right of all EU citizens to live and work in any other EU state, and is a vital part of the single market – no-one can be in the single market without it. At present, it is the policy of both the Conservative and Labour parties to end free movement.

Under Article 50, the UK and EU have two years to come to an exit agreement, which is legally binding, and to agree a 'political declaration' on their long-term future – which is not.

This means that if May's deal was agreed and the government or the prime minister changed, her successor would be free to negotiate whatever future relationship the UK and the EU could agree to. Broadly speaking, the many options – with many names – boil down to either hard Brexit or soft Brexit.

This is the model of Brexit favoured by people who want more independence from the EU, at the price of more disruption and economic damage. This would involve the UK leaving the customs union and single market and instead coming to a looser trade agreement with the EU.

This would involve leaving most, if not all, EU agencies the UK is currently part of, and setting up independent regulatory regimes – though selling into the EU would still require us to match their standards.

This is the option that leaves the UK the most freedom over immigration policy and the ability to negotiate trade deals. But it comes at a price, because the EU is the UK's biggest trading partner so there'll be a long-term hit to the British economy.

Sometimes misleadingly called a 'clean Brexit' or a “world trade deal', this involves the UK either running out of time under Article 50 to agree an exit deal, or instead deliberately deciding to leave without any kind of deal.

In the short-term this would lead to the UK facing massive delays to get goods in and out of the country, and facing possible shortages of food, water, medical supplies, and more.

In the longer term, the UK would face a major recession and unemployment, the exodus of skilled jobs, and would eventually have to negotiate some form of future relationship with the EU and the rest of the world – with much less leverage, but many of the same red lines, as before. Most serious politicians and economists agree this would be a disastrous scenario, but it is one supported by several prominent Brexiteers.

Following a decision by the EU's highest court, we now know the UK has the power to revoke Article 50 – thus stopping Brexit – without needing permission from the EU or any other EU nations.

The UK could not just trigger this power randomly to avoid running out the clock, it seems, It would need to sincerely intend to remain a member of the EU on existing terms.

The exact legal circumstances in which the prime minister could trigger revocation is not clear, but in practice it seems that at the absolute minimum this would require a vote of parliament. Some suggest that even a second referendum or general election would still be a 'betrayal' of the 2016 vote to leave the EU.

A second referendum, including the option to cancel Brexit by revoking Article 50, is the key aim of the People's Vote campaign, which has garnered substantial popular support.

At present, neither Theresa May nor Jeremy Corbyn support such a vote, and because of the time it takes to hold a referendum (a minimum of six months), securing one would require extending Article 50.

Which options would be on the ballot in a second referendum – including whether no-deal would be an option – would likely be hugely controversial issues.

This is one of the key features of the EU, which unites EU members and a small number of other states into trading as if they were effectively one country.

Covering both goods and services, its broad principle is that anyone in any country in the single market has the freedom to ship goods, sell services, move money, and have the right to work (also known as freedom of movement) with any other country in the market.

EU nations within the single market have a say in the rules governing how it operates, while the others can make representations, but don’t ultimately get a vote.

This is a form of Brexit favoured primarily by those who initially backed Remain. It does the least economic damage to the UK as it leaves the EU. Most forms of soft Brexit would see the UK remain in the single market and also the customs union.

This would avoid disruption to trade and make sure there was no new Irish border. However, it would see the UK continuing to contribute to the EU budget, accept freedom of movement, and have to accept EU rules without having a say in them. It would also block it from signing new trade deals independently.

For this reason, it is referred to by some Brexiters as 'Brexit in name only' – keeping what are for them are many of the EU's downsides.

This is a period of 21 months (extendable by a year) that would trigger from March 29th 2019 if, and only if, the UK and EU agree an exit deal. During this period, the UK would officially no longer be an EU member, but everything else would continue as if it was.

The idea of this is to give the UK and EU time to agree a long-term future relationship. But it also allows the UK some time to build infrastructure and other preparations to leave. If the UK leaves without a deal, this does not happen – and there is no apparent way to try to recreate it after the fact.