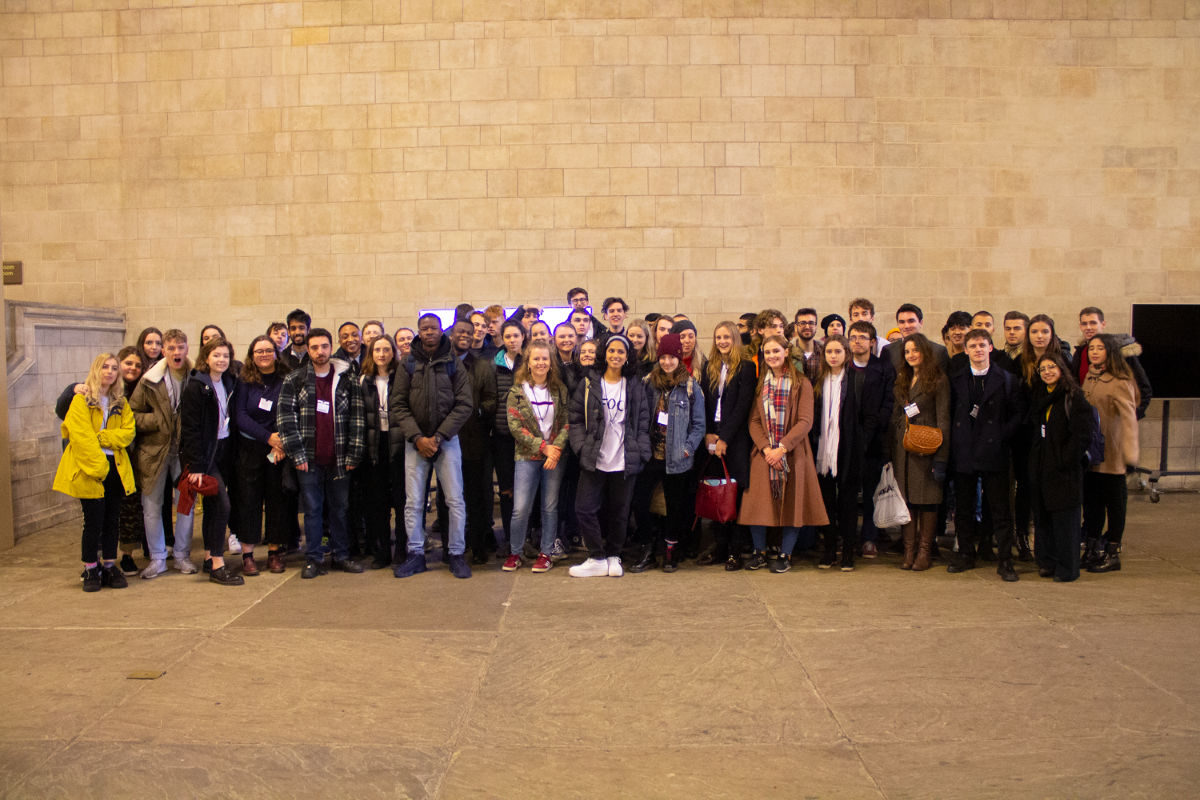 Young people, travelling from every corner of the United Kingdom, took over the central lobby of Parliament today. We came with a simple message. The Brexit deal that Theresa May is trying to ram through fails us.

It doesn't provide us security for our futures. It doesn't guarantee the same rights that we've previously enjoyed. It threatens environmental protections. It threatens our families, our friendships, our relationships. It's worse than the deal that our parents and grandparents have enjoyed for 40 years.

Organising 150 young people to leave home early in the morning and travel for hours on buses, coaches and planes to arrive at Westminster for 10am shouldn't be an easy task. Maybe six weeks ago it wouldn't have been. Maybe not for any other issue.

But organising our volunteers over the last few months, as part of the campaign group Our Future Our Choice, has given me a bird's eye view of the mood among the youth of this country about Brexit. The majority of young people in this country never stopped wanting to stay in the EU. But there has been a tectonic shift in young people's feelings towards what they can do about it.

As May's government has scrambled around for the last two years to stitched together a deal that nobody – Remainers and Leavers alike – wanted, young people have looked on feeling powerless. But as the Brexit deal began to crumble, the People’s Vote campaign solidified. Young people have increasingly begun to feel that they can take back control of their own futures.

There is a palpable sense that there is now an alternative to this shambles of a Brexit and young people have been a driving force behind that. So we brought something a little different today when we came to parliament to persuade our MPs to back a People's Vote.

We don't walk the halls with the same stature of influence and power as so many others there do. We came as university students, as those in our first jobs, as young people working out our place in the world. Some even came from school. But more importantly, every person came with a willingness to fight for their future and the conviction to persuade their MP to do the same.

Over the last few months, I have seen countless young people be ignored by their political representatives. Our activists have asked MPs to listen to us, to hear our views and take them seriously. Though individuals have welcomed our voices, as a whole those in parliament have not been listening. We have had countless requests to meet ignored. Emails and letters have gone unanswered.

Some of these rejections have been straightforward. Young people have been refused surgery visits because our fears about Brexit are 'not an urgent matter'. One MP asked his young constituent to explain why the 'deal would be bad for young people'. Another was told to 'just be positive'.

Democracy takes many forms and young people will make use of every one to get people in power to listen to us. But the fairest type of democracy, in this circumstance, is a People's Vote. MPs shouldn't just listen to the hundreds of us who filled their offices today. They shouldn't just listen to the hundreds of of thousands of people who took to the streets to demand a People's Vote. They should hear us all. See how loud our voice is then.

Phoebe Potter is head of mobilisation at Our Future, Our Choice (OFOC), a national youth movement for a People's Vote.