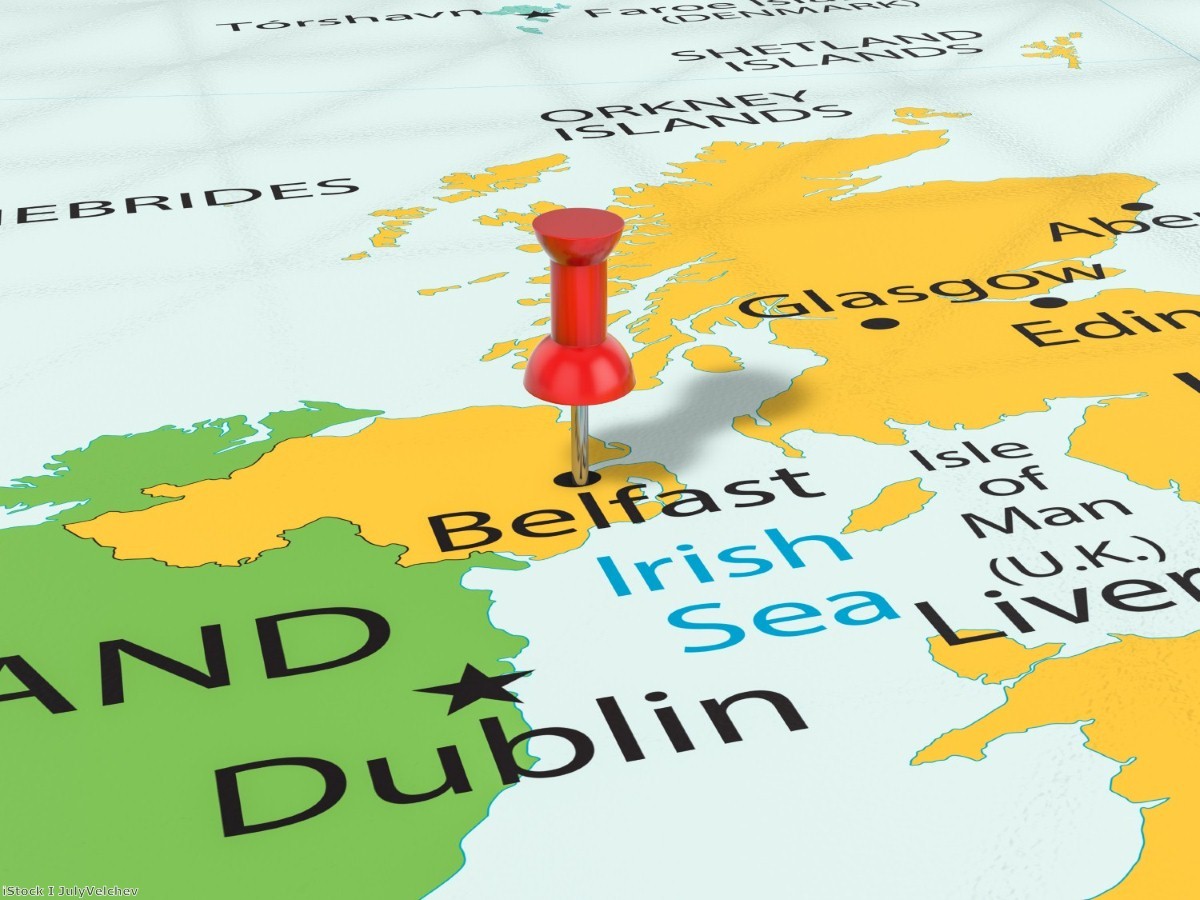 While No.10 is paralysed, N.Ireland faces a lost decade of uncertainty

Young people from the Northern Irish border city where I live, Newry, were once concerned purely with the consequences of a hard or no-deal Brexit. We feared border inspections at physical checkpoints, divided families, bisected relationships, and the revival of sectarian violence.

These dangers still loom in the background, but for now there's a new fear. We feel like we are trapped in a political morass from which we may never escape. I'm 23, and I wonder if I'm going to spend the next five, ten, or even 20 years of my life extricating myself from the painful confusion Brexit has brought.

We don't know what the future looks like. The fix to the Irish border question in negotiations is not in sight today and any deal is likely to be a fudge which just sustains the confusion.

On Wednesday, the Cabinet was summoned to read over a draft withdrawal agreement. All well and good, but outrageously this draft agreement was apparently presented to ministers without the Irish backstop having been included. Because it has not been agreed.

How long are young people in Northern Ireland supposed to accept this farce, where decisions on their future are delayed, delayed, and delayed again?

Even when the rumoured deal is presented to Cabinet, likely sometime in the next week, the overwhelmingly likelihood is that the buck will have been passed on, to be sorted out during transition – a transition which is likely to go on for much longer than politicians currently admit.

Uncertainty has a cost. While the political class argues with itself, young people in Northern Ireland are left in limbo. We prepare to apply to university and take out mortgages. Or maybe we don't. We start businesses, propose to each other, and build ties across the border. Or we don't.

Politicians in Westminster are startlingly cavalier about the range of risks to which they might expose the children of the peace process. Perhaps they have grown so complacent about our welfare that they think a muddled standstill is acceptable.

The paralysis gripping negotiations with Europe has even given DUP MP Jeffrey Donaldson the political cover to tweet that it "looks like we're heading for no-deal" while laughably blaming the Irish government for the impasse.

Donaldson, of course, made no mention of the basic fact that Brexit is a process initiated by Britain, which the government his party props up has negotiated into a standstill. Paralysis is not a cost-free enterprise.

The government's plans for briefing out its blind Brexit deal leaked Tuesday. They do nothing to assuage the concerns of Northern Irish young people. November 24th, according to an amateurish script widely attributed to May's communications director Robbie Gibb, is about how there will supposedly be "no hard border in the UK and the integrity of the Union is protected". The PM is slated to visit Northern Ireland border communities like mine, where Gibb perhaps assumes she will be greeted with applause. I can assure him that is unlikely.

Even more comical is the idea that Northern Ireland secretary Karen Bradley doing the rounds on television would do anything at all to calm nerves here. We're profoundly uneasy about Westminster's representative in Belfast being someone who only just learned we're divided along Unionist and nationalist lines.

Planning for the future is difficult enough here already. Since power-sharing at the Northern Irish Assembly collapsed, Northern Irish voters have lived without government for an embarrassing 659 days. The severe democratic deficit is worsened by the lack of any consideration in Westminster for our point of view. Our communities are crying out for compassionate leadership that has been absent from the Brexit negotiations.

Will the government's deal provide clarity and security for my generation in Northern Ireland so we may plan for the future? Can we look forward to an open border that will preserve the peace and the ties which bind families and friends throughout the island of Ireland?

I dearly hope the answer to both these questions is yes. But I don't believe that this government can, or will, deliver a Brexit deal that gives answers my community needs. We deserve a final say on the Brexit deal before stepping into the void.

Doire Finn is co-president of Our Future, Our Choice NI, a youth-led campaign group advocating for a People’s Vote on the final Brexit deal.