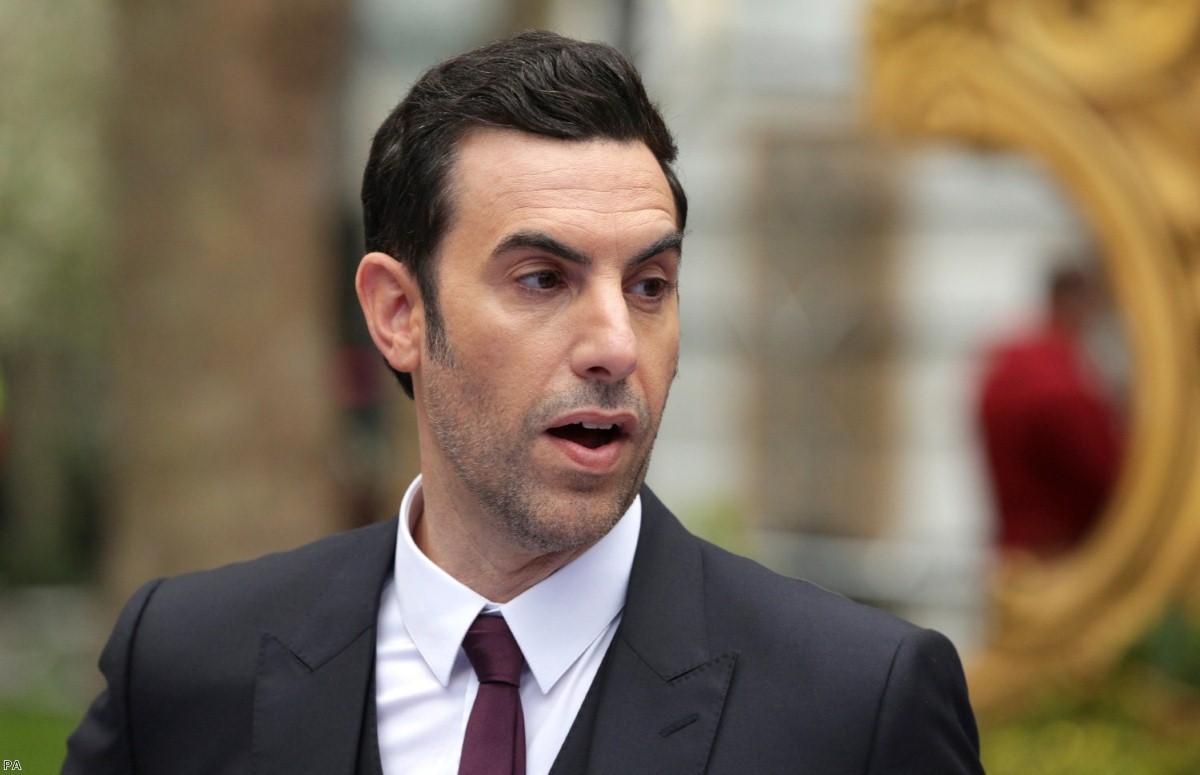 Who is America: Sacha Baron Cohen hasn’t changed, but the world around him has

Ever since Da Ali G Show, Sacha Baron Cohen has been best known for leading unsuspecting Americans down the garden path. The 2006 film Borat, which was stitched together from vignettes of the titular Kazakh journalist travelling around America, remains the funniest application of this comedic style. But his latest seven-part TV series, Who Is America?, which wrapped up on Channel 4 earlier this week, might just be the most effective in its skewering of America in the era of Trump.

Having realised that his most famous characters were too well known to be effective in any further projects, Baron Cohen created a series of new ones and made the new show in secret. He filmed it over the course of the last two years, under the cover of ample prosthetics and a non-disclosure agreement with US network Showtime. Who Is America? was only officially announced on July 9th this year, just one week before it was broadcast.

The series features a number of different characters, all played by Baron Cohen in variously convincing and unconvincing disguises, who purport to be traversing Trump's America for their own reality shows. The most prominent are Israeli counter-terrorism expert Erran Morad, far-right conspiracy theorist Dr Billy Wayne Ruddick Jr, and liberal lecturer Nira Cain-N'Degeocello.

In the week between the announcement and the broadcast of the first episode, former US vice-presidential candidate Sarah Palin led a wave of US conservative figures complaining about being duped on the show. Other prominent figures who spilled the beans before transmission included Trump-adjacent figures such as Roy Moore, Joe Arpaio, and David Clarke.

The usual gotcha stunts are a major part of the comedy throughout the season, but there's a fundamental shift in the way Who Is America? plays in comparison to Borat. Many of that film's unwitting supporting characters sued Baron Cohen for defamation and similar charges, but it was actually possible to argue that the film showed the extent of American hospitality towards Borat as a character. Now we see something far more ugly: a rampant populist xenophobia coursing through the country.

Reportedly, an early attempt to film in a gun shop in Washington ended when the owner immediately said: "Hey, you're Borat”. This prompted Baron Cohen to immediately abandon the shoot. Other than that, the show has seemed to reaffirm the comedian as a kind of Lon Chaney figure to the conservative element. He's a right-winger's boogeyman with the innate ability to make stupid people incriminate themselves.

This talent is most fascinating to watch when he plays Morad, whom all of the male victims seem quite eager to impress. Padded out as a brawny, dangerous individual, who is fond of telling anecdotes about when he was in Mossad, before correcting himself with "when I was not in Mossad", his alpha-maleness gets under his subjects' skin more than any other character.

It was Morad who got Georgia Representative Jason Spencer to run around backwards, spreading his bottom cheeks and screaming racial epithets while supposedly learning how to deter Isis. After initially refusing to resign, Spencer left the House within a week of the episode's transmission.

Other exploits in these skits range from the ridiculous, such as getting former vice president Dick Cheney to cheerfully sign his waterboarding kit, to the horrifying, like when he convinces a Trump supporter to pose as a radical lesbian at the Women's March in San Francisco. The latter seems at first to be one of a line of stunts mocking participants who will do anything to Make America Great Again. On the day of the march, Morad and his trainee, Glenn, dress in drag to make pleasantries with anti-fascist activists while surreptitiously planting 'trackers' on them.

The disturbing punchline comes when Morad explains that these devices contain small explosives that will cause the wearer to have a fatal heart attack. Knowing he's on camera, the Trump supporter picks out one of the trackers on the mock-up app that Baron Cohen has presented him with and activates it. As far as he knows, he's killed a person. Although he's shaken by it, it doesn't take long to convince him that he's done the right thing. Whether it's an intended side-effect or not, the frightening lack of empathy is what comes out most starkly throughout the season.

No one really holds that politicians are paragons of virtue and, in recent years, they apparently don't even have to be especially bright. But stupidity and ignorance aren't the same as hatred and intolerance. There's a frightening quality to Who Is America? that simply did not exist in the provocative ribbing of Baron Cohen's earlier work. He hasn't changed that much, but the world around him has.

The horror-inflected delivery continues throughout the series, in the discordant use of sound, music, and stock footage between skits. The very opening titles see the show juxtapose JFK's mantra of 'ask not what your country can do for you' with the oft-replayed clip of Trump mocking a disabled reporter at one of his rallies.

The skits picking on the left don't have the same bite, presumably because whatever else is wrong with American liberals, they haven't descended to the same depths.  Baron Cohen's attempts to dupe left-wing figures, like 2016 presidential nominees Bernie Sanders and Jill Stein, seem like filler next to the more pointed setpieces.

The show feels essential in the dispiriting cultural landscape of 2018. During the week before transmission, the featured politicians and reality stars rushed to make statements about their involvement, being alternately disgusted or pleased to be involved.

That last part is quite telling because you get the sense that for many of them it translates as: 'pleased to be on television'. Perhaps it shows that Baron Cohen is conscious about what a figure like Palin might get from the oxygen of publicity. He cut her segment from the show and cheekily credited her as "special publicity consultant (inadvertent)" in the final episode. The star has also announced that there won't be a second season, bringing an end to this latest piece of performance art.

While the hype led some critics to speculate, prematurely, that a secret Trump interview was in the pipeline at some point in the series, it feels as if the joke is squarely on us this time. With the White House as the new bar for how famous a talentless reality star can become, it feels as if Baron Cohen's brand of exposure is no longer as terrifying to the people it targets as it is to the people who watch it.

Mark Harrison is a writer with an interest in the crossover between politics and entertainment. He writes for Den Of Geek and VODzilla.