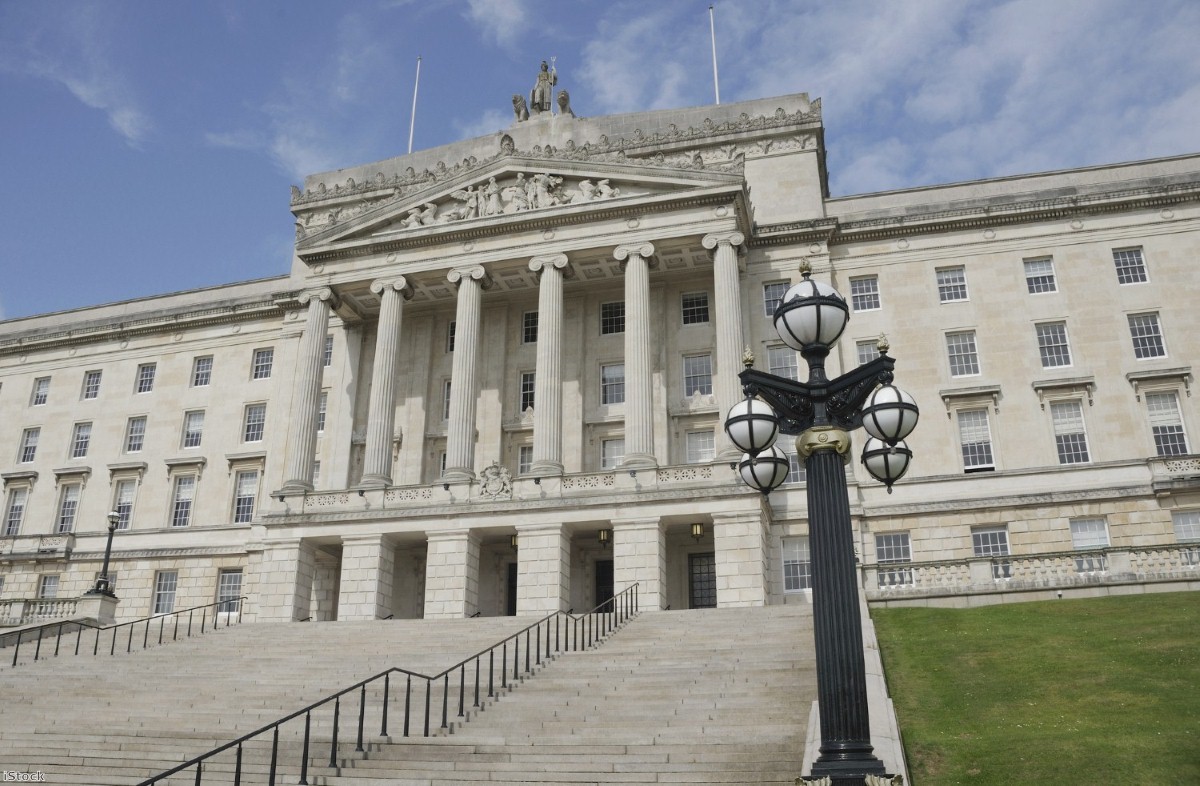 Fixing the Northern Ireland stalemate: strip power down to a local level

On 17th July it was reported that Northern Ireland secretary Karen Bradley would seek to re-establish the Policing Board through legislation. It was a revealing moment. Through this kind of direct rule, Bradley hopes to begin addressing the constitutional, legal and political impasse that Northern Ireland currently finds itself in.

The collapse of the Northern Ireland Executive and Assembly at Stormont in January 2017 ended over a decade of power-sharing. Since then, the country has effectively been run by the civil service.

In the absence of Stormont, Northern Irish Green party leader Steven Agnew has said “some of the gaps” could be filled by devolution of powers to local government. It's a smart solution.

It’s also timely. An ongoing scandal over the Arc21 waste incinerator, which was approved without ministerial oversight in September 2017, recently opened up a legal dispute over who actually governs NI when there is no Executive or legislature in place.

Tony McGleenan QC told Belfast’s Court of Appeal that government departments have the legal power to take executive decisions without ministers, a right stemming from the Northern Ireland Act of 1999.

Parliament “anticipated periods of hiatus” where NI would have no functioning Executive, he said, but it was never intended that ministerial absence would cause decision making to “grind to a halt”.

The court later ruled that any decision normally put before a minister was beyond the competence of a senior civil servant.

With Northern Irish politics deadlocked, there seems little alternative but to implement direct rule through primary legislation, thus facilitating the delegation of powers to the local level.

Crucially, the UK parliament’s ability to legislate in Northern Ireland remains ‘unaffected’ under the terms of the Good Friday Agreement (GFA). This was why the Northern Ireland budget bill could be passed.

In June, the New Policy Institute (NPI) published ‘Devolution within Northern Ireland’, calling for local decision making in transport, planning and the environment.

Northern Irish councils were responsible for just four per cent of NI spending in 2015/16, compared to 27% in Scotland and Wales, while the Executive was responsible for 88%. It highlights a serious lack of localised, place-based power.

NPI argued that councils should exercise the kind of scrutiny over social care and public health spending which was granted to English city-regions like Greater Manchester.

This was advocated by ResPublica in our report, ‘The Case for a Growth Deal for Belfast’. We argued that the Belfast city-region should receive physical regeneration and place-making powers.

We also called for devolution of planning powers, business support and transportation, all currently held by the Executive.

This would help drive new and inclusive growth by enabling transformative decision making and allow Belfast to be self-sufficient and competitive.

Many English councils enjoy such powers, as well as schemes such as the Local Enterprise Partnerships, which can help local micro, small and medium-sized enterprises (SMEs).

This devolution should be extended beyond Belfast into the other Northern Irish counties.

Derek McCallan of the Northern Irish Local Government Association (NILGA) said that for Northern Ireland to move forward, “greater devolution of responsibilities” and “proper financial structuring” must be ensured.

As NILGA have argued, councils are essential to the delivery of “public service provision, to social cohesion and to solutions to global problems” and should be “resourced and challenged” to do “more, better, locally”, much like other regions in the UK.

The debate is further complicated with the Brexit deadlock over the Irish border, on which little progress has been made despite the October deadline.

The British government’s reliance on DUP votes for Brexit legislation has been interpreted as being contrary to the terms of the Good Friday Agreement (GFA), since the landmark text states the government will act “with rigorous impartiality”.

While the DUP refused to comment on the NPI report, Sinn Fein told Belfast Live that they believed in “locally elected ministers” being “best placed to deliver public services”, suggesting support for place-based devolutionary council powers.

The GFA dimension only makes the case for delegation of power from the Executive to the local level more persuasive, as it shifts power away from the political toxicity of Stormont.

It is unlikely that the province will see its government restored in 2018.

Devolution is both a short-term and long-term solution, and would make Northern Ireland more aligned with Scotland, Wales and some English councils, as well as more democratically accountable to its citizens, rather than reliant on a vacant bipartisan Executive.

Devolution would help alleviate the current political stalemate as well as strengthening Northern Irish democracy, providing a greater voice for Northern Ireland within the United Kingdom.

Ollie Potter is a research assistant at ResPublica.