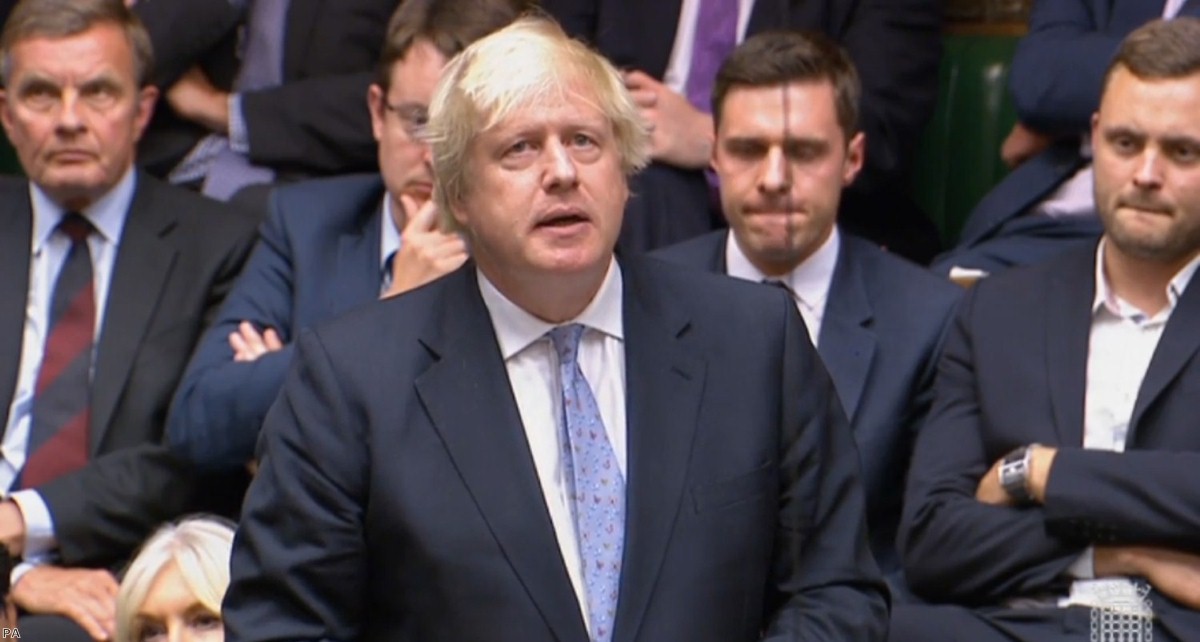 Boris’ Brexit dream is over – it’s time to wake up

At this stage there is no singular version of Brexit. The UK voted to leave the EU, but significantly did not vote on the precise form of exit. The will of the people probably includes some combination of more sovereignty over domestic regulations, EU migration, and trade policy, and not to be under the jurisdiction of the European Court of Justice (ECJ). People also wanted to be better off, and were told that they could be.

At the time, the issue of the Irish border was scarcely discussed. There were numerous half-truths, lies and mistakes told during the referendum. One of lies was the positive economic effects of leaving epitomised by the idea of an extra £350 million per week for the NHS. One of the mistakes was the predicted imminent recession following a Brexit vote which did not materialise.

There are numerous variants of Brexit which might meet leave voters' expectations. The UK could leave the single market entirely, or partially (ie goods only, as May desires). It could operate the same migration policy with the EU it currently has with the rest of the world, or it could have some form of closer mobility partnership. It could sign a free trade agreement with the EU along the lines of the EU-Canada deal, or accept a full or partial customs union. What has become evident, however, is that very few versions of Brexit would solve the Irish border issue.

It is also not clear whether those who voted for Brexit agree on the relative importance of each of the above conditions and whether all of them need to be satisfied or to what degree. It's a democratic and logistical mess.

Johnson's Brexit is a dream on two grounds. The type of Brexit he wants (no membership of the single market, the ability to sign free trade agreements with the EU, complete control of labour mobility, and no involvement of the ECJ in UK affairs) is simply not compatible with no border controls in Ireland. We also know that Johnson and other hard Brexiters seem to believe that this would be economically wonderful for the UK. This is a dream. No sensible economist believes such a Brexit would have a positive outcome.

Here is a key message for Boris, with eight months to go before Brexit Day: it is time he woke up to the realities of the Brexit conundrum and faced the hard facts. Leaving the EU will have negative economic consequences for the UK. Indeed, there is a variety of evidence that this is already taking place. The more the UK distances itself from the EU, the bigger those negative effects will be.

Hard Brexit campaigners would help, not hinder, their cause if they were prepared to say: 'We want to leave the EU because we believe in the importance of greater sovereignty for the British people. We recognise this will have negative economic consequences, but we think it is worth it regardless.' That is a position one can have an honest debate over.

Second, if the UK government is to respect the agreement of no border in Ireland, the set of feasible options is severely constrained.

If the UK government wants to avoid a border in Ireland or in the Irish Sea then it has to agree to maintain the EU's tariff structure through some form of customs union arrangement, and it has to agree to be in enough of the single market such that border controls are not needed on regulatory grounds. The facilitated customs arrangement is an ingenious attempt to get around the former but I do not believe this is currently technically feasible and nor it would be acceptable to the EU.

There seem to be only two plausible outcomes from the current negotiations:

The former is some way from the Brexit many Leave voters desired. The latter ticks all the Leaver’s boxes, except it will not bring a positive impact on the UK economy. In truth, neither of these are good outcomes for the UK and it is hard to argue that either of them meets the will of the people.

Indeed, it is hard to argue that when the country voted in the referendum, we understood all the implications of Brexit. I certainly did not and have learnt a lot about the consequences since the vote. We truly are in a fine pickle.

Now that the complexities and implications are clearer, the British public should be given the democratic opportunity to decide if that is what they really, really want. That decision would be informed by the debate since the referendum, and would present a clear choice: 'This is what we have managed to negotiate and these will be the political and economic consequences. Are you sure this is what you, the British people, want?'

When the choices are as stark as this, and when the stakes for the future of the UK are so high, politicians should make sure they have a firm mandate before they decide to proceed.

Michael Gasiorek is a senior economics lecturer at the University of Sussex and a member of the UK Trade Policy Observatory (UKTPO).