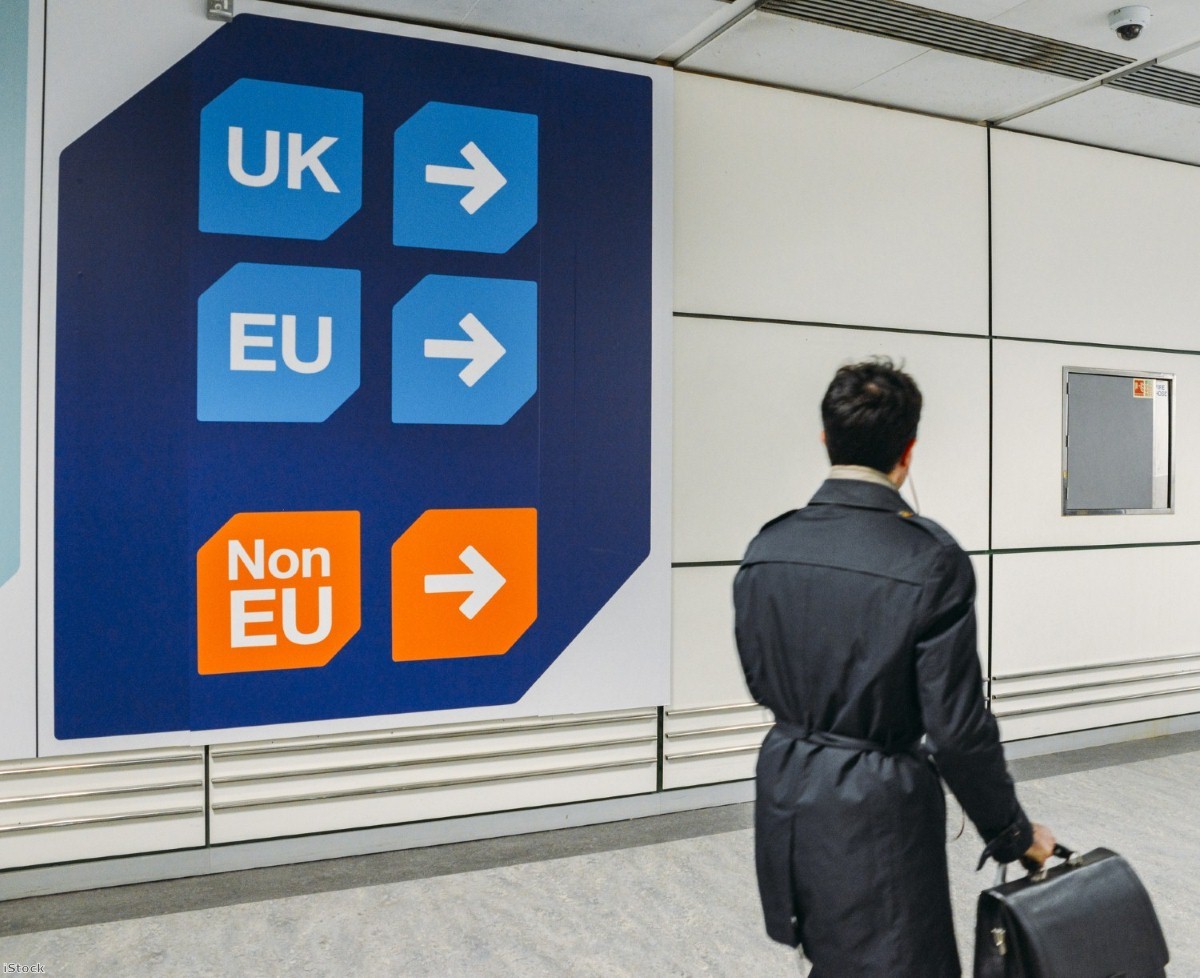 Freedom of movement has become a particularly heated feature of political debates in the UK. The right hate it and much of the left has accepted that view. Meanwhile, we've seen the rise of populist nationalism in Europe, giving the impression that this sentiment is widely shared across the continent.

A received wisdom has developed in some parts of British society that free movement is a project imposed by the Brussels elite, but widely unpopular with voters. This idea then acts as a pillar for further conclusions about the EU – that it's an elite-driven project, that insisting on free movement in Brexit negotiations is essentially unreasonable, and the EU will soon collapse due to public demand for tough border controls.

This all rests on shaky foundations. The evidence in fact points in the opposite direction. Free movement is not just supported by EU voters, but incredibly popular. The latest Standard Eurobarometer, the EU's regular survey of public opinion, discovered that 82% of respondents were in favour of freedom of movement. Even the UK showed 63% in favour when asked if they supported "the right for EU citizens to live in [OUR COUNTRY]”. Such incredible support seems surprising to many and gives a very different impression to the one gained from looking at British media coverage, which is implacably  hostile to it.

One obvious way to resolve this riddle is to simply question the reliability of the Eurobarometer surveys. After all, these are surveys produced exclusively for the European Commission. It's not unfair to ask how independent they are and to what extent they produce results the Commission would like to hear. One way to test that is to compare the Eurobarometer result to national-level polls on the same question. But this quickly gets complicated.

Look at France. For the same question as shown for the UK, 71% of French respondents to the Eurobarometer survey were in favour. The first challenge in this instance is to find a national-level poll that even asks the same question. The issue of free movement is not even really debated so pollsters are unlikely to ask about it. The closest and most recent data was a poll by OpinionWay specifically focussed on young people, where half of them said free movement of people was one of the main achievements of the European project. So there is a positive impression there, even if we can’t make direct comparisons.

A poll from 2014 is more indicative of the kind of question that French pollsters do ask: how do the French feel about the Schengen Area. The Schengen Area is much more than simply free movement – it abolished internal border controls between all the members. The poll asked whether France should question the Schengen Accords and restrict the movement of European citizens. Fifty-nine per cent responded that they were in favour of such a plan. A 2018 poll from French magazine l’Express also found 66% in favour of ending Schengen.

So can we conclude that France is secretly anti-freedom of movement, with the Schengen poll offering us a glimpse of an unpolled view hiding beneath the surface? No, for two reasons. Firstly, it's hard to make direct comparisons. Loose border controls for certain citizens and no border controls are very different things. Secondly, in commenting on the 2014 survey the director of the department for public opinion at pollster Ifop, Jérôme Fourquet, noted how similar the results were to previous polling showing French desire to greater control illegal migration and the movement of Roma people. There's clearly a scepticism of some kind of migration here, but it is not clear that it's the same kind being discussed when we talk about free movement.

Germany is also a useful case-study. In the Eurobarometer survey, 80% of Germans said they were in favour of the right of EU citizens to come live in their country. As with France, domestic debate discussion is more likely to focus on the open-border Schengen Area than on freedom of movement in itself, but nonetheless a 2018 RTL/n-tv survey did ask Germans what they felt were the advantages of the EU. Sixty-eight per cent listed the free movement of workers (the German word is for workers, not people) as one of the advantages. This is a good 12 points below the Eurobarometer result but it's clear that there is a large majority in favour of it.

Finally, let’s turn back to the UK. There is a widespread assumption that the UK public is heavily opposed to free movement. The UK is not part of Schengen and so it is not possible for this issue to become confused with the open borders system. Yet the Eurobarometer survey gives substantial support. So what is going on?

The truth is, it depends on the question. The French and German results show us just how varied responses become when you start tinkering with the wording.

One YouGov survey gave 46% in favour of freedom of movement, compared to 35% against, while another found 69% in favour. The difference is in how the question is presented – what explanations are given, which questions precede it, what is the content? The former poll set up the question by comparing it to a model which would favour Commonwealth free movement for rich, white countries like the US, Canada, New Zealand and Australia. The latter one gave a much fuller explanation of the definition of freedom of movement than is usually found in survey questions and let the principle stand on its own terms.

Free movement has become a loaded term in British political debate in a way that it has not in other European countries. Brits therefore approach the subject with significant preconceptions, mostly negative. This is why it is so easy to get skewed results if a poll does not give a real explanation of the term, links it to unrelated concepts (such as 'open borders' or refugees) or sets up a comparison.

Many pollsters fail one of these tests when asking the British public about their attitude to freedom of movement. Polls that only describe it as a trade-off for market access  – an inherently negative framing – also fail in this regard.

All polls have flaws and none should be taken as the absolute truth, but the data from national-level polls provides little to suggest that Eurobarometer is wrong in its basic indication that free movement is popular across Europe.

Unless more accurate polling from British pollsters shows sustained evidence to the contrary, there is little reason to doubt that a slight majority of the public are happy with the rights and freedoms that accompany EU citizenship.

Pascal LeTendre-Hanns runs two blogs on European politics: European Tomorrow and Europe Votes 2019. You can follow him on Twitter at @PascalLTH.