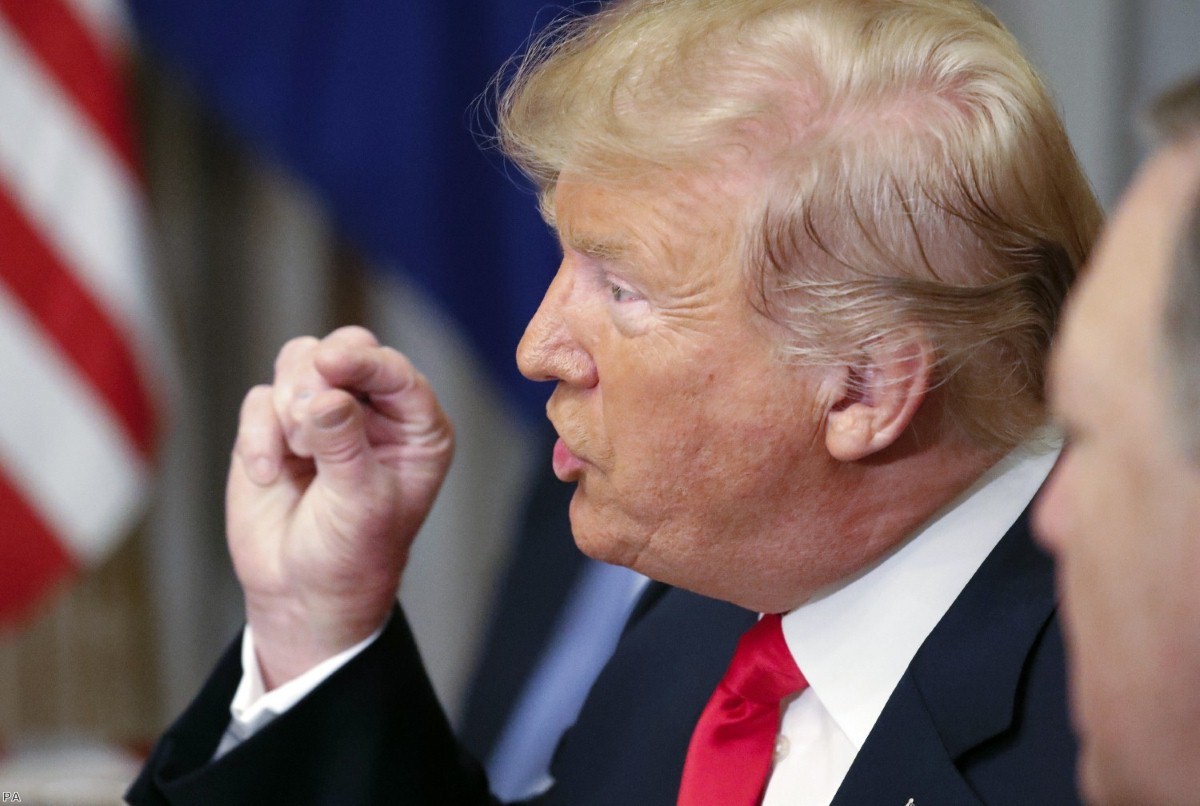 Trump is a one-man argument for nuclear disarmament

The shadow of Donald Trump's arrival falls all over the place. As I stood up to speak at the Yorkshire CND Menwith Hill 'Independence from America' demonstration last week, the Green lord mayor of Sheffield, Magid Magid, was making his own declaration.

He strode into the council chamber to open a meeting. Underneath his mayoral chain he was wearing a 'Donald Trump is a wasteman' T-shirt. He also wore a sombrero. In the cultural section of the agenda he invited in Mexican dancers as a show of solidarity with migrants affected by Trump's policies.

Being a different generation to Magid, I had to look up 'wasteman'. Apparently, it means "a man who acts like a boy, lacking maturity".

Menwith Hill is the location of one of the US' NSA bases, once called Field Station 8613 but now described just as prosaically as Menwith Hill Station. It's very far from public transport hubs so you've a lot of time to think on the journey to it.

At first, I felt the day had something of an Eighties feel to it – almost Greenham Commonish, a trip back in time. But the circumstances are entirely 2018. Back in the Greenham days, the Cold War was running hot. People were fearful. The pressing, urgent fear has returned, but the causes are different. It has at its heart not ideological struggle, but by Trump being in control of nuclear weapons.

Other things have changed too, sometimes for the better.

There is a serious, progressing push for a global ban on nuclear weapons. The majority of the world's countries have signed up to it. The British media has done almost nothing to highlight this, but the brilliant Trident Ploughshares group has been doing a great job raising public awareness.

Sometimes they change for the worse. Under previous presidents, the Pentagon's mission was identified as being to "provide the military forces needed to deter war and protect the security of our country".

Whatever the horrors and disasters of the actual nature of US foreign policy, those are honourable, defensible aims – something that it might even be reasonable to devote this beautiful stretch of Yorkshire ground to helping.

But in January, although the change has only just been noticed, the "deter war" aim was removed, and replaced with "sustain American influence abroad".

No UK prime minister can reasonably defend UK soil being used for such a purpose – particularly not for a Trumpian White House.

And of course there’s also the other indefensible purposes to which we know Menwith Hill is devoted, notably drone strikes around the world and particularly in poor, desperate Yemen.

That’s indefensible, both morally and practically. It's a policy that’s raining death from the sky, spreading terror, breeding venomous hatred.

A world without nuclear weapons and drone strikes would be safer and more secure – a world without this US military base on our soil.

But the physical structure of this base, with its weirdly alien but oddly beautiful domes, is not something that should necessarily disappear.

It should be turned into a museum – an accounting for the human race's decades-long dance with a self-induced apocalypse.

There will always be those who, when they're presented with the idea of change, scoff, and say 'it might be ideal, but it is not realistic'. But the only unrealistic belief is that we can be secure when we have people like Trump in charge of nuclear weapons. The only way to make sure that doesn't happen is to rid the world of nuclear weapons.

Natalie Bennett is the former leader of the Green party.