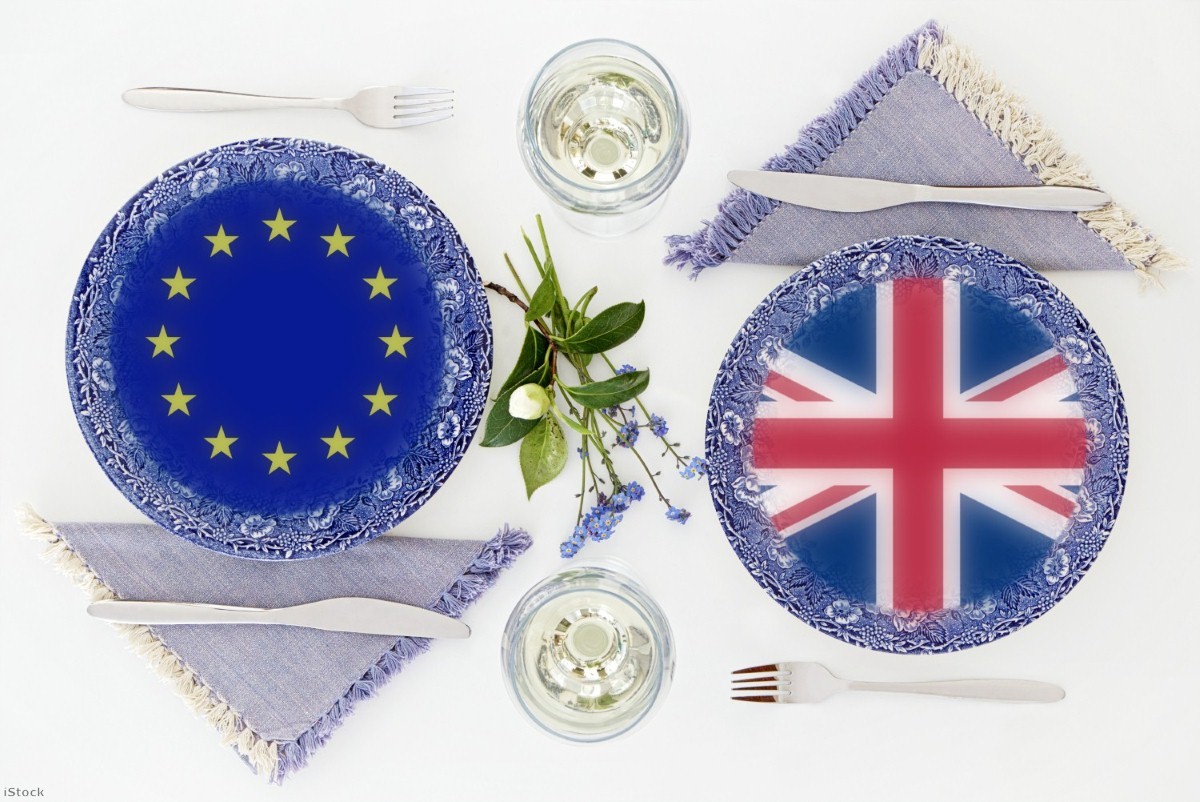 You can almost feel the relief among journalists when they don’t have to write about Brexit. The past few weeks have seen a lull in the process and most people in the media can barely contain their joy. But, behind the scenes, the real work – the hard, practical reality – of the programme is about to begin. And it is nightmarishly complex. This article covers just one topic – rules-of-origin – in just one sector: food. But even here, there is enough to give civil servants nightmares.

For cross-border trade to function, goods must have an 'economic nationality'. This is the glue that makes tariffs stick. The UK urgently needs to build a rules-of-origin framework for the foundations of any future EU-UK trade deal.

It will be important to get the details right, but HMRC is already preoccupied with a new computer system to manage post-Brexit customs transactions. It can expect to be overwhelmed by a tidal wave of new work: infrastructure consultancy Oxera predicts that the volume of customs clearances to be processed will rise from 60 million a year to 300 million.

The five-fold increase in customs transactions is likely to be accompanied by a rise in the complexity of the calculations involved. And yes, there are rules-of-origin for every sector.

Rules-of-origin aren’t just an EU requirement. They’re the bedrock of trade deals put together by blocs like the EU, or major trading countries such as Canada. The UK will need to ensure that food products made with a mix of UK and EU ingredients have sufficient 'local content' to comply with these rules and qualify for any preferential tariffs.

UK food manufacturers are in for a shock. They have come to rely on easy access to a wide range of imported ingredients from all around the world. Some, like tomato paste, currently come from Europe with a zero tariff, while others are available from countries outside Europe which have preferential tariffs negotiated by the EU. The UK is desperate to remain a party to as many of these after Brexit as possible.

Before Easter, the UK’s international trade minister Liam Fox told the BBC that his department had already contacted some 70 countries about retaining access to these pre-existing EU trading agreements. He suggested that he had received up to 40 potentially positive responses, but his track record is unimpressive in either accuracy or effectiveness, so we’ll have to take this with a pinch of salt.

Even if it’s true, the European Commission website lists 92 countries with which it has trade agreements. Fully operational preferential trade agreements are in place with 37 states, a further 41 deals are in place partially, nine (including Japan) are pending and five are being updated. The European Commission is currently in negotiations with a further 19 countries, including China and India.

All this begs the question of where the UK might find as yet undiscovered high-volume, high value export markets. But regardless, it now has two tasks: first of all, it needs to secure continued access to these third-party deals during transition and maybe beyond, and then it needs to sort out its own rules-of-origin framework with the EU.

The task is very demanding, simply because rules-of-origin are so complex. They determine the local content of a foodstuff, from which you can calculate a composite tariff for that product. Imagine a frozen pizza. Routinely, the flour will come from one country, the tomato paste from another, and the cheese from somewhere else. So even in a relatively simple product, you can end up with complicated multiple tariff-line calculations.

There are three basic origin categories. A product can be local (the EU is one big local market for its member states), it can come under a preferential trade agreement, or it can come under the Most Favoured Nation terms that apply to everything else.

This is broadly how it breaks down:

One: A simple product

An outbound 30-tonne lorryload of milk from Northern Ireland to the Republic of Ireland is administratively straightforward. There’s just one product, one country of origin, one preferential trade agreement and one tariff.

While the UK is still a member of the EU, the shipment is a local transaction and the tariff is zero euros per tonne. If there is no trade deal when we leave however, this particular cross-border trade becomes economic suicide, with a Most Favoured Nation tariff of 217 euros per tonne.

A batch of identical frozen cheese pizzas coming into the UK from Europe illustrates how duty would be calculated on manufactured goods. Post-Brexit, this composite product could be liable for duty on the flour, cheese and tomato content. Each main product component would be taxed in the proportions listed in the customs declaration.

The consignment may contain ingredients from multiple countries of origin that may be counted as local, preferential or Most Favoured Nation. The relevant tariff lines all need to be looked up. These rates are then used to calculate a composite tariff. Change the procurement of an ingredient and you might have to work out your customs duty all over again.

A UK export order of assorted biscuits bound for Europe will be taxed on the cereal, sugar and dairy contents, not to mention possible chocolate preparations. This generates a cascading calculation with separate iterations for multiple composite products. These would travel under a composite customs declaration, with ingredients from multiple countries of origin, covered by one or more preferential trade agreements, conferring different proportions of local content.

The food industry is in no position to deal with this. It has spent the last two decades establishing a just-in-time procurement system which relies on minimal bureaucracy and little use of storage. The British civil service is similarly unprepared and hasn’t even brought in the existing planned changes to the customs system, let alone the ones which will be required as a result of Brexit.

It’s par for the Brexit course: lack of preparation, emotive political demands and the prospect of dizzying bureaucratic requirements. We’re in a mad dash backwards into oblivion.

Peter Crosskey is the former commodities editor on The Grocer. He has written extensively on French food production and European food policy issues.