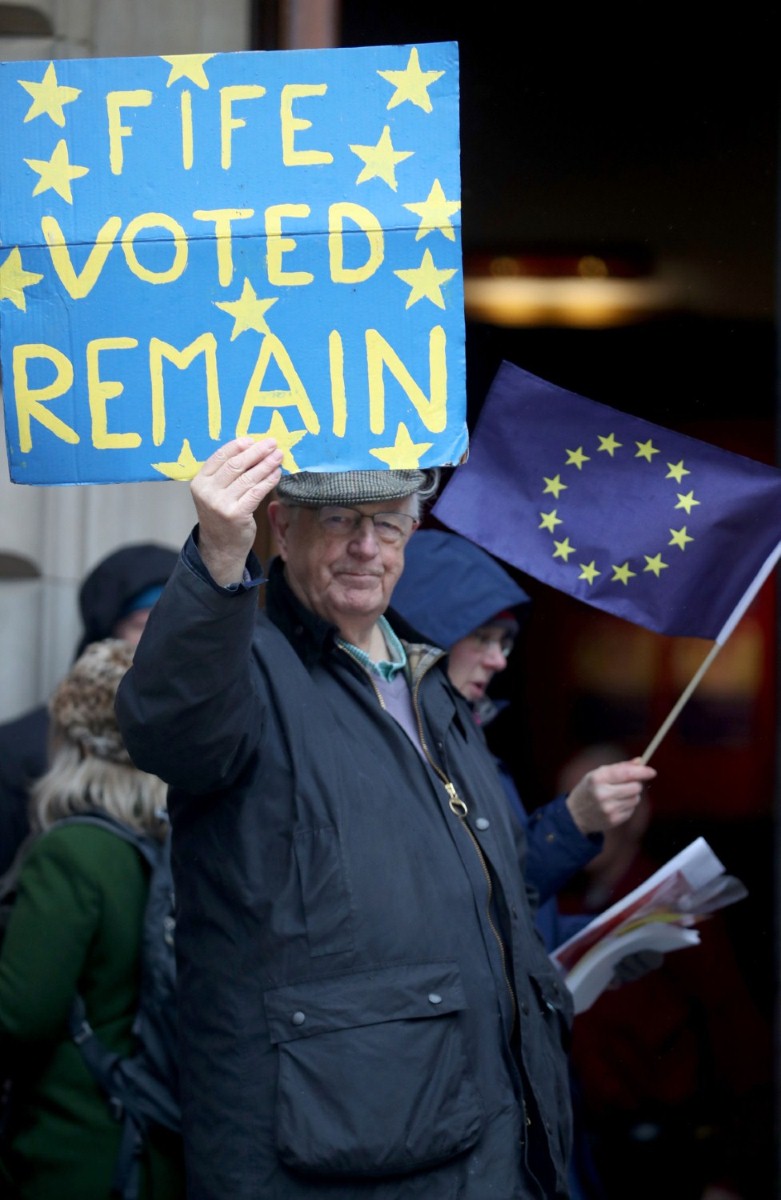 Scottish Labour: Party torn down the middle on single market

In the BBC's 1983 dramatisation of Alan Bennett's play An Englishman Abroad, based on the true story of a chance encounter between the Cambridge spy Guy Burgess and the actress Coral Browne, Dundee's Caird Hall stood in for a snowbound Moscow theatre. Seeing the building draped in banners featuring Stalin, Lenin and Marx, a Labour party official – unaware of the context – is said to have walked up its steps and demanded of colleagues: "What the f*** has [George] Galloway done now?"

That was 35 years ago, but at the Scottish Labour party conference over the past few days, the Caird Hall hosted what the commentator Chris Deerin called "the most unabashedly left-wing" speech he'd ever heard from a mainstream party leader. Richard Leonard, who is only a few months into his tenure as Scottish Labour's seventh leader in the past decade, might deny being a Marxist, but his speech certainly served up some old-time socialist religion.

Leonard's most striking message was that the party he leads exists not just to "secure a fairer distribution of wealth" from the status quo but "to fundamentally change the existing economic system" via "the biggest programme of social and economic reform in the history of the Scottish parliament". This includes rolling back privatisation, buying out PFI deals and protecting private-sector tenants' rights.

Perhaps surprisingly, Scottish Labour's moderate wing isn't necessarily uncomfortable with this message. They appreciate Leonard had to throw his wing of the party some red meat, but at the same time they believe he identified some potentially fertile political territory, chiefly the precarious nature of many Scots’ employment (including Leonard's own brother in law). "That’s the political space to be occupied," said one MSP. "The other thing is he meant it, in a way Kezia [Dugdale] did not; he was quite emotional."

Leonard attacked the "callousness" of the Tories but also what he called the "complacency" of the SNP. That presents the kernel of a more interesting critique of Nationalists. who blithely insist the fundamental basis of the Scottish economy is fine and dandy despite lots of evidence to the contrary. His speech was also well structured and delivered, which is more than can be said for Jeremy Corbyn's on Friday afternoon, when the Labour leader offered little more than platitudinous applause points clumsily bolted together and delivered with all the zeal of a bowling club captain.

At the same time, some Scottish Labourites are nervous about the sheer radicalism of what Richard Leonard set out on Saturday afternoon. If he really wants to replace Scotland’s "existing economic system", at some point he'll have to explain precisely what he intends to put in its place. It's easy to critique the status quo – and to repeat, moderates don't necessarily disagree with that critique – but a serious party of government has to show its working.

Conference, however, was predictably dominated by a split over Brexit, or specifically Labour's stance on the single market. It kicked off last week with the formation of Scottish Labour for the Single Market (SLSM), which is essentially the northern wing of the Labour Campaign for the Single Market run by Labour MPs Heidi Alexander and Alison McGovern in conjunction with Open Britain.

Constituency Labour parties (CLPs) tabled a motion committing the party to continuing membership of the Single Market but this was trumped by a last-minute statementfrom the Scottish Executive Committee (SEC), so anodyne it was guaranteed to pass, for SEC statements always take precedence over CLP motions. This meant there was a debate but no vote – "a classic stitch-up of the genre" as one backer of SLSM observed. But if the leadership hoped it wouldn't dominate proceedings as a result, they were badly mistaken.

"The party’s position is evolving," says someone close to the SLSM. "We've got to a good place on 'a' customs union, now we need to keep that evolution going to include the single market." Judging by Corbyn's speech, that 'evolution' remains rather incoherent. When it came to Brexit, he claimed, Labour's priorities had "been clear from the outset". He went on to say that while the UK had to leave the single market, it couldn't end up being a "passive recipient of rules decided elsewhere by others" even though that, one might argue, is the logical consequence of leaving the single market.

Corbyn's comments about employers being able to "import cheap agency labour" to "undercut" existing pay and conditions also infuriated supporters of a softer Brexit. At the SLSM fringe meeting on Saturday, former Scottish leader Kezia Dugdale implied such sentiments bolstered Nigel Farage . "How can it be that our party, by supporting a customs union but not the single market", she asked, "can be at peace with the free movement of tractors, grain and widgets, but not people?"

The trouble is, the very fact it was figures like Dugdale and Murray articulating the single market agenda turned it into something Corbynistas had to win instead of something they could fudge; in other words, the messengers killed the message. As the Campaign for Socialism (CfS – Momentum's sister organisation north of the border) tweeted: "Our members might have a lot more time for the pro-single market views presented at #ScotLab18 were they not pushed by the very same people who were demanding Corbyn step down in 2015, 2016, and 2017 at every single turn."

In his speech on Sunday, shadow chancellor John McDonnell promised a "traditional British compromise", although it seems unlikely an appeal to British pragmatism will reconcile the party's warring European factions. Some Corbynistas, meanwhile, have other concerns, chiefly that Scottish Labour still isn't articulating an alternative to devolution or independence in constitutional terms.

That's fine at the moment, particularly as the momentum behind a second independence referendum has stalled, but it may not last forever. Many in the CfS support federalism, and believe both the Scottish and UK parties need to use the opportunity provided by the constitutional hiatus (and Brexit) to, as one says, "put forward a serious proposal for a federal UK that should be directly connected to the economic democracy agenda".

Otherwise, if Corbyn fails to become prime minister in 2022, or at an earlier snap election, Labour's silence on the Scottish question will allow Nationalists to say they were right all along – Labour can't 'save' Scotland from perpetual Tory government and independence is therefore the only answer. Richard Leonard's first conference as Scottish Labour leader was a qualified success, but he has much more to do.