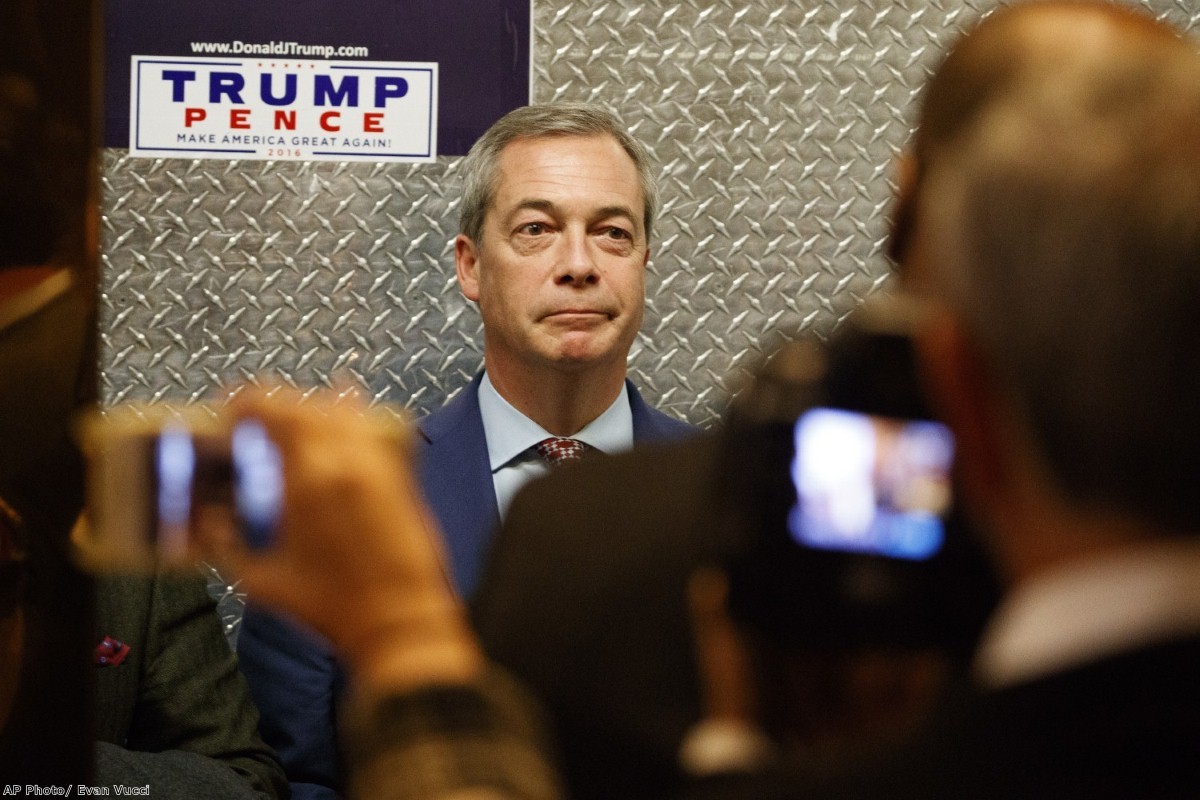 On November 14th, Nigel Farage wrote to several MEPs demanding they provide details of their relationship with the investor and philanthropist George Soros. Conspiracy theories around Soros are a common far-right trope throughout Europe and the US.

Here we reprint an email response from Labour MEP Seb Dance, who once held up a sign saying 'He's lying to you' while Farage delivered a speech in the European parliament, together with a full version of the Ukip politician's original message.

For the attention of Nigel Farage MEP:

I note your email of 14th November making reference to the absurd conspiracy theory – a theory hitherto found only on far-right blogs –that George Soros is a mastermind behind a plot to subvert democracy and that a briefing note for Open Society is cause for suspicion.

I cannot believe that even you would be ill-informed enough to confuse a simple briefing note from a public affairs agency with a global conspiracy. I would have assumed that as a long-standing member of the political elite you understand what public affairs is and what its practitioners do.

So I can only conclude that this is an extraordinarily desperate attempt at a “dead cat” strategy, to deflect attention from the recent allegations concerning Russian interference in our democracy and your own potential involvement.

Not only does repeating such self-evidently made-up nonsense make you look absurd, it confirms that there really are no depths to which you will not stoop, nor no lie too vile for you to repeat.

Nevertheless, I am grateful for one thing: that you have brought Open Society’s  actual activity to my attention.

I believe in judging people by their ideas, contribution and potential, rather than by where they were born. To this end, I like the sound of what Open Society stands for, and I shall endeavour to engage with them in the future, particularly since they espouse values so different from your own.

This was sent in response to the following email sent to MEPs, including Seb, on 14 November

I am concerned about the wealth and influence of George Soros's Open Society and whether this organisation is subverting national elections and referendums.

If Russia can allegedly influence the American Presidential Election by spending $100,000 on facebook adverts, one must ask what influence the $18,000,000,000 given by George Soros to Open Society buys.

You are listed in the attached booklet titled "Reliable allies in the European Parliament" compiled for Open Society.  In criticising the offshore arrangements disclosed in the Paradise Papers many of you will also be in political groups that call for greater "transparency" in the financial affairs of private companies and individuals, I presume you will therefore wish to demonstrate your own commitment to such transparency by answering the following questions:

1.       Have you ever received funds directly or indirectly from Open Society (whether personally or into any political campaign that you have been associated with)?
2.       Can you please confirm whether you have ever attended any events held by Open Society (even if they were only partly responsible for funding the event)?
3.       Will you provide a list of the meetings you have had with representatives, or Brussels based lobbyists, who act on behalf of Open Society?
4.       Have you ever met with George Soros himself?

You will understand of course that whilst I cannot compel you to answer, refusal to provide this information may highlight hypocrisy and the public will draw their own conclusions.