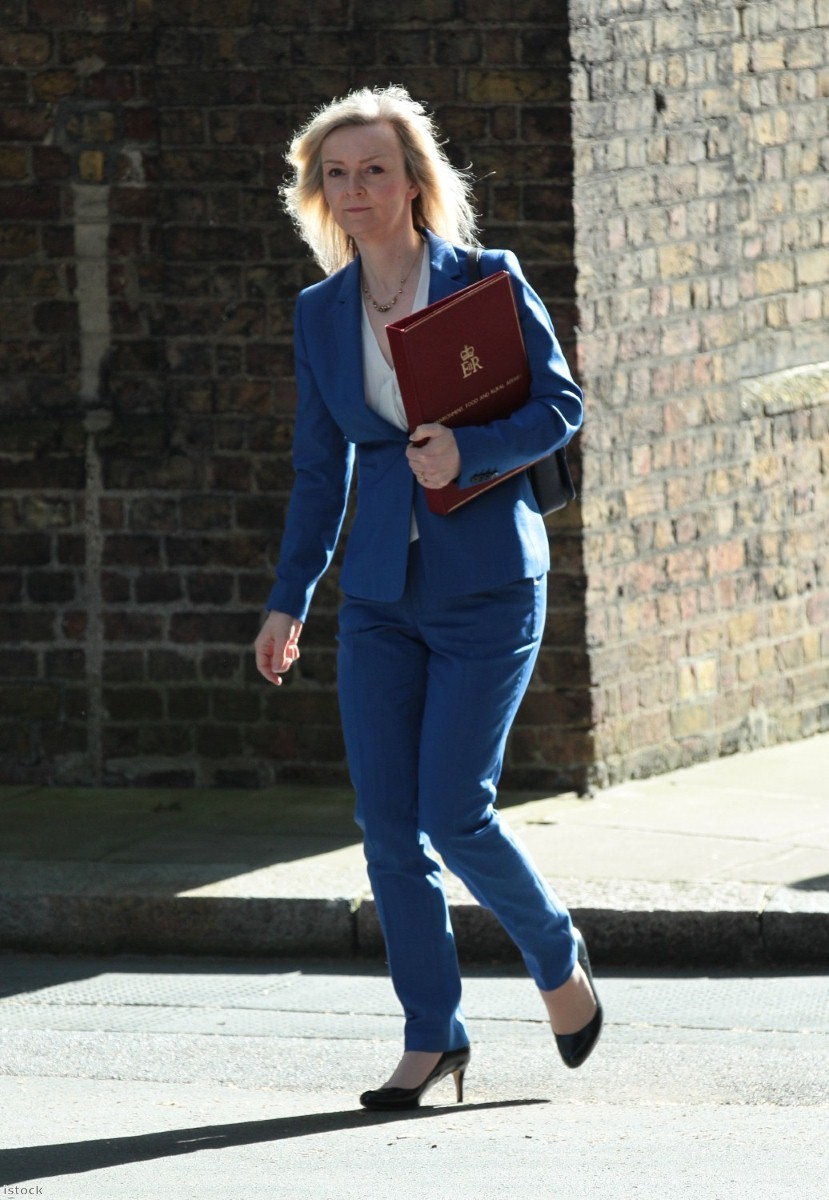 Prison reform looks dead in the water under Liz Truss

How quickly it has all gone wrong for the new lord chancellor and secretary of state for justice Liz Truss. Her first appearance before Parliament’s Justice Committee this morning should have been a "fantastic opportunity" (her words) for her to assert herself in her new post and to at least given some broad policy outlines to the MPs who are tasked with overseeing the work of the Ministry of Justice (MoJ). Sadly, that's not quite how things turned out.

It is fair to say that she made a spirited start by telling committee members that she had three key priorities: prisons (safety and reform), the justice system and the long-awaited British Bill of Rights. She also emphasised how reform programmes need to be deliverable. So far, so good. Then it all went pear-shaped.

On virtually every specific question that the committee, or its avuncular chair Bob Neill MP, asked, Truss simply had no answer. She waffled and giggled but rarely got close to answering the question. It was painful to watch. Perhaps only her very unlamented predecessor but one, Chris Grayling, had managed to put on such a poor performance.

Asked whether there are too many or too few people sent to prison, Truss’ eyes widened like a scared rabbit. There was an awkward silence followed by some inane babble about having no proposals for sentencing reform.

What about prisoners – as at HMP Wandsworth – spending up to 23 hours a day locked idle in their cells? Well, obviously they shouldn’t be wasting their time. They should be receiving education, getting off drugs, preparing for work. However, this "will take time". No mention of the fact that the prison system in England and Wales is in so deep in crisis that some experts now believe it cannot be reformed without major structural reorganisation, along with a substantial reduction in the prison population which is over 85,000.

The best Ms Truss could do was a platitude about prisoners "getting the reform they need." She laughed and then mentioned probation supervision (for most prisoners either half of their entire sentence or in the case of lifers for the rest of their lives) as an afterthought.

When it came to the hot topic of extremism in prisons, she showed no sign of having read Ian Acheson’s recent report on the subject. However, she had set up a new security directorate in the MoJ run by a former prison governor. She emphasised that there was lots of expertise on this issue within the Home Office and that she favoured “a more integrated approach”, but beyond that there were no specific details or answers about how many specialist units were being considered.

She was emphatic that MoJ plans to build and commission five brand new prisons would be on target for completion during the remaining 44 months of the current Parliamentary session. However, in response to questioning about budgets and revenue from the sale of existing prison sites, she had nothing to offer. When asked about the location for these new prisons, beyond HMP Berwyn which is already under construction near Wrexham, she had no answer. It was clear that a number of committee members were less than convinced by the Secretary of State’s confidence in her building schedule.

After that, things really went downhill fast. No, she hadn’t read the key report on deaths of young people in custody. She had read the summary, but had not yet met with Lord Harris who chaired the review.

The main bombshell came in relation to the much-vaunted Prison Reform Bill promised in the Queen’s Speech four months ago. Members of the committee looked genuinely astonished to learn that: “I am not committing to specific legislation.” So that was the flagship policy of David Cameron and Michael Gove effectively consigned to the dustbin of history.

So there we have it. A prison crisis spiraling out of control. Historic levels of violence, jails awash with drugs and illicit mobile phones, prison staff being convicted of trafficking contraband, prisoners vulnerable to extremist radicalisation, but no clear leadership or commitment to reform from the Justice Secretary or even a developed plan to start tackling the legacy of a decade of under-investment and neglect.

The six ‘reform prisons’ announced by Michael Gove would continue to exist, but there will be a review of the governors’ powers and accountability. However, although Truss stated that there was “absolutely not a change of emphasis”, she was not committing herself to anything until her own plan was in place.

The only light relief amid the wilderness of desolation was provided by Philip Davies MP who managed to ask two specific questions about prisoners having sex. Was Ms Truss in favour of the ‘Danish model’ where conjugal visits are allowed? She replied that she wasn’t “entirely in favour of the Danish approach.” Then she laughed as if the very idea of prisoners having sex amused her.

After that, serious questions about the disaster that Grayling’s Transforming Rehabilitation (TR) scheme has wrought on probation were met with the now routine Truss response that the Department was “looking at it.” It seems that everything is now being discussed, including problem-solving courts, which she was “very interested in.”

Returning to the vexed question of the British Bill of Rights and the commitment to scrap the Human Rights Act (1998), she got herself into a pickle over whether the Bill – if it ever saw the light of day – would be UK-wide or restricted to England. She tried to dodge the awkward question of why there is a need for a Bill of Rights if Theresa May has already committed the UK to sticking with the European Convention on Human Rights. “It will protect rights in a better way,” suggested Ms Truss.

So, prison reform – and the issue of safer prisons – now seems to have been returned to the drawing board at the MoJ. The prospect of any new legislation on prisons appears to have evaporated as Ms Truss ditches almost everything endorsed by her predecessor. This will raise serious questions about the future of the six ‘reform prisons’ given that governors’ will lack key powers under existing legislation to act with autonomy. After all, that was Gove’s big idea. In all likelihood, the plan is all but dead and buried although a ghost may linger awhile longer until it is formally abandoned.

It is also deeply disturbing that the new secretary of state is demanding a more evidence-based approach to prison reform while admitting to the Justice Committee that she hasn’t even read some of the key reviews and reports commissioned by her predecessors.

Meanwhile, suicides, murders, bullying and supply of drugs, as well as horrific violence – against staff and inmates – continue unabated in our prisons. And that is absolutely nothing to laugh about.

Alex Cavendish is an author, academic and former prisoner. He runs the celebrated prison blog. You can follow him on Twitter here.