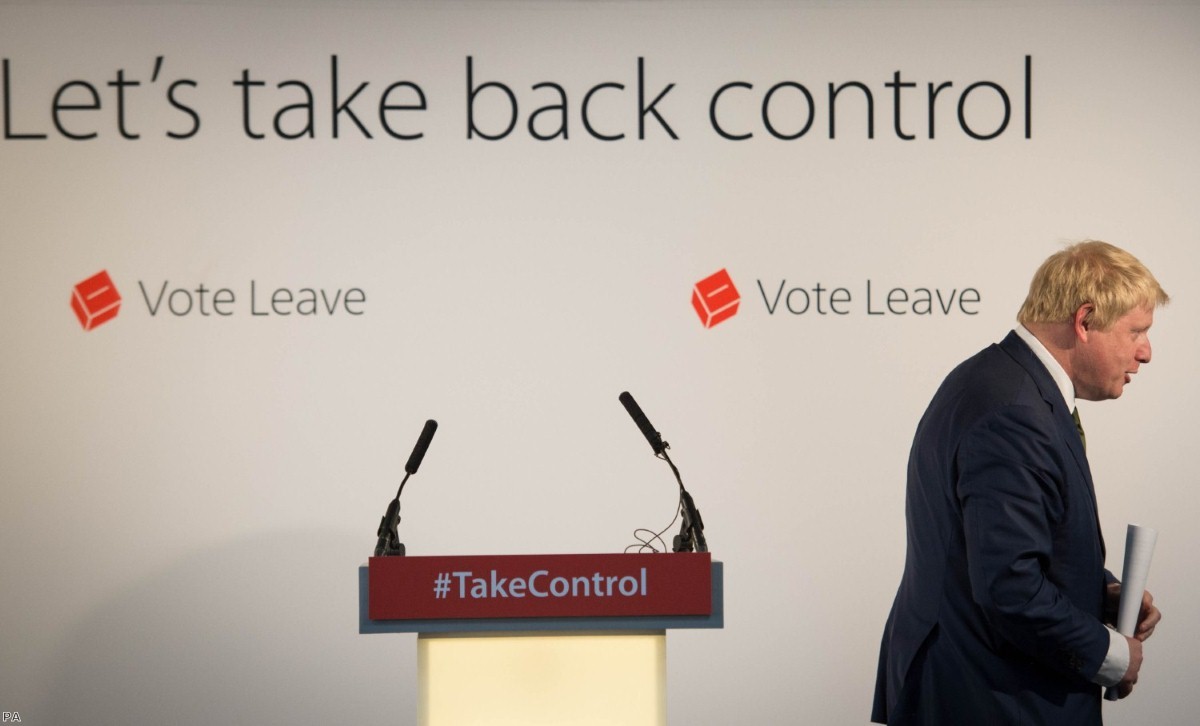 One of the great unwritten rules in politics is that in any political campaign the side complaining loudest about media stitch-ups is the side that's losing.

We saw it in the Scottish referendum where independence campaigners staged protests against the BBC's Nick Robinson. We've seen again it in the campaign by Labour supporters to oust BBC political editor Laura Kuenssberg and we see it again today in the outburst against ITV by the Vote Leave campaign.

In an extraordinary email sent late last night, the official Brexit campaign threaten ITV with "consequences" for their decision to invite Nigel Farage to represent the Leave campaign in a televised 'debate' against David Cameron.

"The Establishment has tried everything from spending taxpayers money on pro-EU propaganda to funding the IN campaign via Goldman Sachs," it begins in the conspiratorial style now popular on both the right and left fringes of British politics.

"The polls have stayed fifty fifty. They're now fixing the debate to shut out the official campaign."

It's worth saying here that if Vote Leave had simply complained about the lack of an official Leave campaign representative in the debate then they may have had a decent point. Farage is not part of the officially recognised Brexit campaign and so Vote Leave are within their rights to object about him being put up against the prime minister.

However, where they lose the argument is in their suggestion that this is somehow a secret Bilderberg-style 'fix' by the 'Establishment'. The evidence they put forward is far from convincing.

"ITV is led by people like Robert Peston who campaigned for Britain to join the Euro," it explains.

Now it's worth pointing out here that Peston has denied this. Indeed there is no evidence I can find, aside from one vaguely pro-Euro sentence written by Peston in the Telegraph 14 years ago, to suggest he ever "campaigned" for Britain to join the currency.

Apart from mad slur on me and ITV, did Gove and Boris approve threat at end that @David_Cameron will be out soon? pic.twitter.com/T3EtZA0eqP

So, & I can hardly believe I need to say this, I never campaigned for the euro & ITV is wholly impartial in EU referendum debate

It goes on: "ITV has lied to us in private while secretly stitching up a deal with Cameron to stop Boris Johnson or Michael Gove debating the issues properly."

It's not clear what the 'lie' is that Vote Leave refer to here. However, the idea that ITV would deliberately try to prevent Johnson from taking part in a debate with Cameron, because of some sort of secret pro-EU establishment conspiracy is barely even worth considering. Particularly as the Farage showdown is just one of several debates conducted by leading broadcasters, in which Gove, Johnson and others will take part.

At worst, ITV gave into the prime minister's 'red line' stance on not doing a televised debate with a fellow Conservative MP. But given that just a few months ago, Boris also said that he was not willing to take part in "loads of bloomin' TV debates against other members of my party," during the referendum campaign, it's hardly an outrageous demand.

So far, so unsurprising. However, the final sentence of Vote Leave's statement takes it from being a slightly over-the-top rant at the 'mainstream media', to a rather more worrying anti-democratic threat.

"ITV has effectively joined the official IN campaign and there will be consequences for its future," Vote Leave stated, adding that: "The people in No10 won't be there for long."

This is deeply worrying on several levels. First of all, it is a clear and open attempt to intimidate a public broadcaster into meeting the demands of a political campaign.

Were it any other campaign, such threats might be easily dismissed. However, Vote Leave is led by several leading Conservative MPs, one of whom is the current favourite to be the next prime minister.

By threatening ITV with "consequences for its future" given that "the people in No10 won't be there for long," Vote Leave are explicitly stating that the broadcaster will face punishment under a future (and imminent) Conservative government. And given that Vote Leave member Boris Johnson, is the current favourite to be the next prime minister, this is not necessarily an empty threat.

Broadcasters have become used to implied threats from politicians. However, it is rare for such threats to be both so blatant and so public.

The question of Britain's relationship with Europe is a vitally important one and both sides must be given fair representation in public debates. But such intimidatory behaviour on the apparent behalf of our possible future prime minister is a worrying new development.

It also suggests that, despite the polls showing the two sides are very close, the Brexit campaign are far less confident in their chances of winning the argument than they would like to appear.

The opinions in Politics.co.uk's Comment and Analysis section are those of the author and are no reflection of the views of the website or its owners