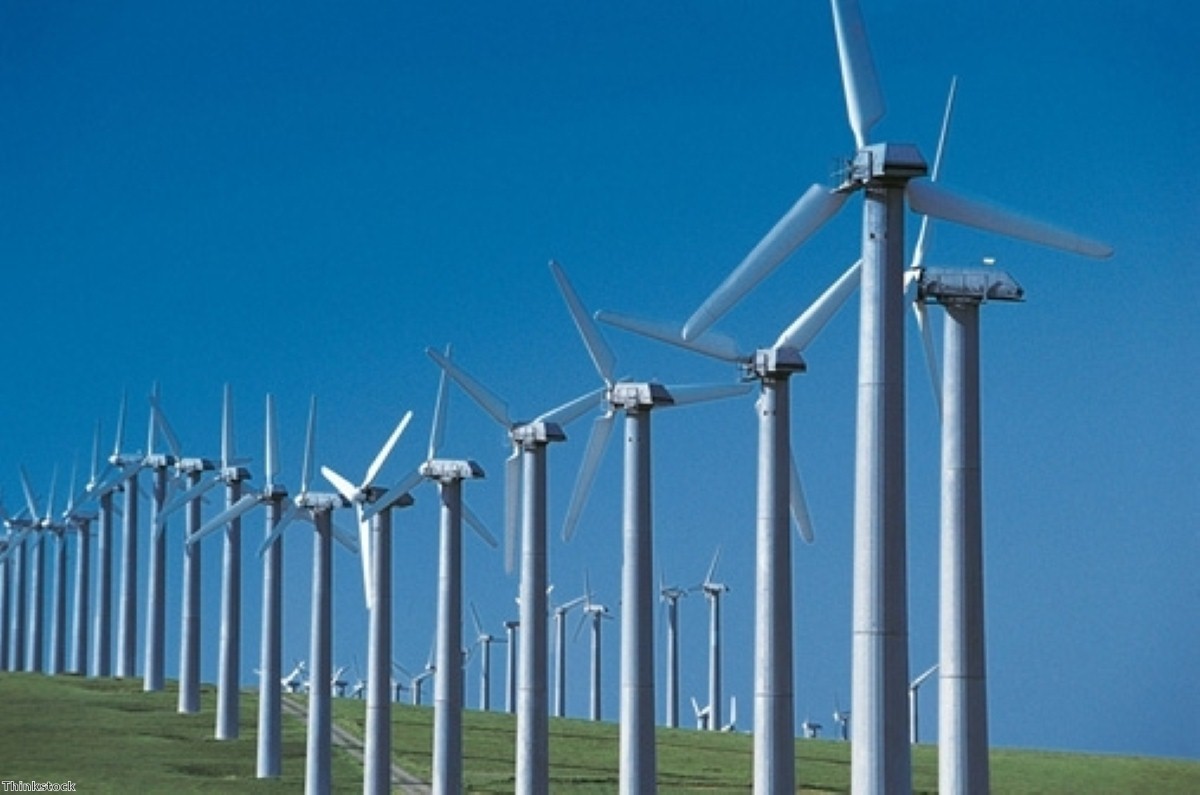 Comment: The Greens would welcome a coalition with Jeremy Corbyn

Rarely, if ever, do I agree with Tony Blair. But in arguing that Labour can never win a majority under Jeremy Corbyn's leadership he may just be right. What he fails to acknowledge however, is that Labour will fail to win a majority whoever wins the leadership election. Corbyn is not, as Blair suggests, pushing Labour over the cliff edge. Rather, it is our bankrupt first-past-the-post political system that has opened up beneath Labour. They are stuck in a hole unable to find their bearings in the new era of political plurality.

This is the reality check which both those on the left and the 200 or so Green Party members who have registered as Labour supporters to vote for Corbyn, need to face. Corbyn does not offer the left a magical route out of a hole and to election victory in 2020. But it does offer opportunities for the political alignment we so urgently need. With a Corbyn win, there is the prospect of a new energy being brought to our moribund political system. When combined with a fair electoral system it could mean the renewal of our democracy and crucially, a future of coalition politics rather than our current stale two-party sham.

It was during the 1980s that more far-sighted politicians in Germany realised that the traditional Left could never again have a controlling majority. In a political culture where coalitions are the norm this realisation spread and crystallised around the logic of the Red-Green alliance. Following a number of governing alliances between Greens and social democrats at regional level, the first federal government based on a Red-Green alliance was in power from 1998 to 2005. This laid the groundwork for the transformation of the German economy that makes it a world leader today including strong environmental regulation, phasing out of nuclear power in favour of renewables and a focus on energy-efficient production, as well as long overdue social reforms in the areas of citizenship and civil rights.

Corbynism will offer the Red; it will be enormously refreshing to at last have an opposition that will make a stand against the savagery of austerity and seek to take back key strategic industries such as the railways into public ownership. But the Green part of the equation is going to be equally essential to such an alliance. The Green Party has a strong underlying philosophical basis from which all policy arises. So protecting the planet from environmental destruction and unsustainable consumption underpins all our policies, which have been carefully developed over many years.

For too long, left-wing politicians have followed the productivist logic of using economic growth as a substitute for equality while blithely ignoring the evidence that our economy is already exceeding planetary limits. We have seen little if anything from Corbyn which challenges this outdated and destructive strategy. With a Red-Green alliance, Greens will have the political platform to argue for their more radical ideas about building an emancipated post-growth society and strengthening local economies. Corbyn's approach to finance also suggests Greens might provide a useful balancing act. Corbyn's 'quantitative easing for the people' has many similarities to Green QE, on which I produced a report earlier this year. In a similar way to Corbyn's 'people's QE' that has been identified for investing in key strategic projects, Green QE would specifically be used to invest in green sectors of the economy such as renewable energy sources and providing home insulation. However, as an economist, I am somewhat disturbed to see him flourishing this policy like some sort of fiscal get-out-of-jail-free card. While our party is already committed to monetary reform, a Green economic policy would balance this with stability and sustainability.

For Blair the New Labour project was his last hold on the Labour Party and the only shred of credibility he had left having been rumbled for misleading the House of Commons over Iraq and leading the country into an illegal war. Small wonder he has been using apocalyptic language in trying to stop the Corbyn bandwagon. But with the Corbyn surge suggesting the majority of party members held true to their socialist principles and are ready to reject Blairism, it is Tony Blair that is looking over the cliff face, not Jeremy Corbyn.

If Labour does emerge from its leadership contest with the pragmatic realisation it cannot win another election unless it embraces both electoral reform and a Red-Green coalition, Corbyn will have done politics in this country a massive favour.

Molly Scott Cato is Green MEP for the South West of England. She sits on the Economics and Monetary Affairs Committee in the European Parliament and is Green Party speaker on finance.