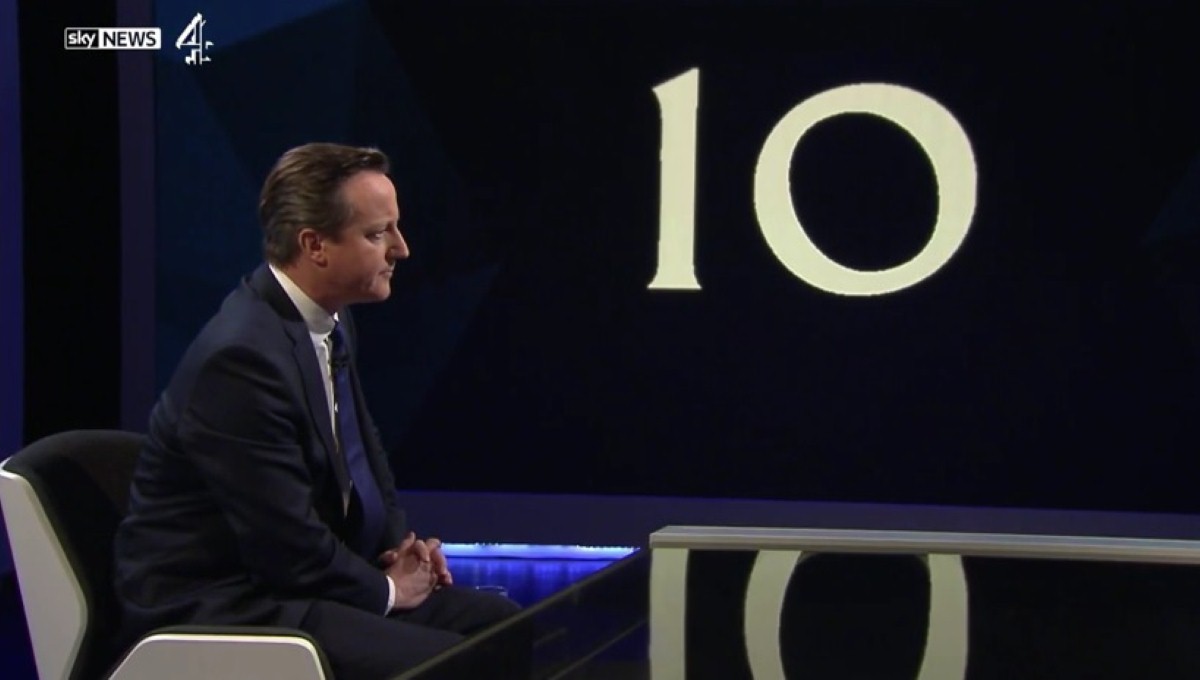 After last night's 'Battle for Number 10' interview with Jeremey Paxman the ICM poll showed David Cameron with an eight-point lead over Ed Miliband, from people who are not naturally Conservative or Labour supporters. Cameron also won the vote on who people thought would be a better leader.

While many may agree with Miliband's policies, they do not believe he can put them into action. Where is he going wrong?

Of course there are many issues that sway voters. One that is inescapable in modern politics is the ability to be a convincing speaker on screen, with one person or speaking to an audience. This is where Cameron is much stronger.

Miliband has said many times "I won't win a competition for eating a bacon sandwich" and politics should never be about this.  However, there seems to be a serious flaw in his understanding of communication. Last night he said: "The thing I've learned most in this job is to be yourself."

One of the biggest mistakes that people make about communication is thinking that it should all come naturally and that no techniques can help you.  There are critical skills involved in speaking to a camera or an audience – skills that every politician needs if they are going to be persuasive, engaging and create a sense of authority and strong leadership.

The best analogy is to compare communication to driving. People can learn to walk by themselves, but if you put somebody in a car and say, 'don't worry about learning any of the techniques, just be yourself' they will crash and harm everyone around them. The same is true of communication. We can learn to talk to one person in a simple conversation by ourselves, but when we stand in front of an audience or a television camera we need different skills and these need to be learned and respected in order for you to succeed.

This isn't about making everyone communicate the same way. Nobody wants that. It's also not about lying, manipulating or deceiving people. It's about making your message clear, engaging and memorable. We want leaders to be honest and authentic. We also need them to be able to communicate their ideas with the greatest impact, so that our country and the world will pay attention, listen and be influenced by them.

Just as the greatest tennis players in the world all have different styles for playing the game, they also started off learning the skills of the game. They all use forehand, backhand, serve and volley – they simply use them in their own way, in a style that suits them. Great communicators and therefore effective leaders need to learn to do the same, so that their honest and authentic message is heard and cared about by more people.

In the Paxman interview, Cameron sat upright, spoke with short, punchy statements and made strong decisive gestures. He spoke a little too quickly at first, but settled into a slower pace. His pitch of voice was also lower than Miliband's, giving us a greater sense of wisdom and experience.

When they shifted to questions from the audience, Cameron chose to stand strong and centred, with his hands resting in front of him, as all good television presenters are trained to do, helping to appear at ease and in command.

Towards the end it is worth noting that his answers became longer, he started to move off-centre and appear less at ease.

In contrast, Miliband started his session standing behind an unnecessary podium, far away from the audience. This type of barrier between politicians and people is just the kind of thing that we are wary of, so it was a poor choice.

As soon as the first question was asked Miliband then darted forwards jabbing his thumb in the air, appearing to attack the question, before returning to stand behind the safety of the podium again.

As more questions were asked Miliband then stood closer to the audience, noticeably swaying from one foot to the other, appearing unsettled. While talking he also wandered around without clear direction.

At times he appeared more settled, with one hand in his pocket. Some people believe this is a poor choice, as it appears too relaxed or casual, but if the subject or tone requires a more relaxed and conversational feel, this can work well.

At other times he walked about while making very similar gestures to Tony Blair, with the backs of his hands facing the audience.

Miliband's pace is very fast and his enunciation is poor, especially missing the letter 't', which can make him harder to listen to at higher speeds. His gestures also appeared less controlled and too wide for the camera, which lowers the sense of status and command of the speaker.

When sitting in front of Paxman, Miliband found himself leaning far forwards, off to one-side in a weak position, reducing his status.

There are much more important issues than communication style at stake in this election. This should not be the deciding factor in who we vote for. However, to dismiss these skills is a huge mistake. All effective speakers, journalists, actors, TV presenters and even businesses understand that communicating your ideas well is a fundamental part of success.

In a tight race, it is critical to learn the best way to communicate your message, to ensure that people listen, understand and are inspired or influenced by your words. Otherwise your ideas may never be understood or remembered.

Richard Newman is the director of UK Body Talk, specialists in communication skills for leaders