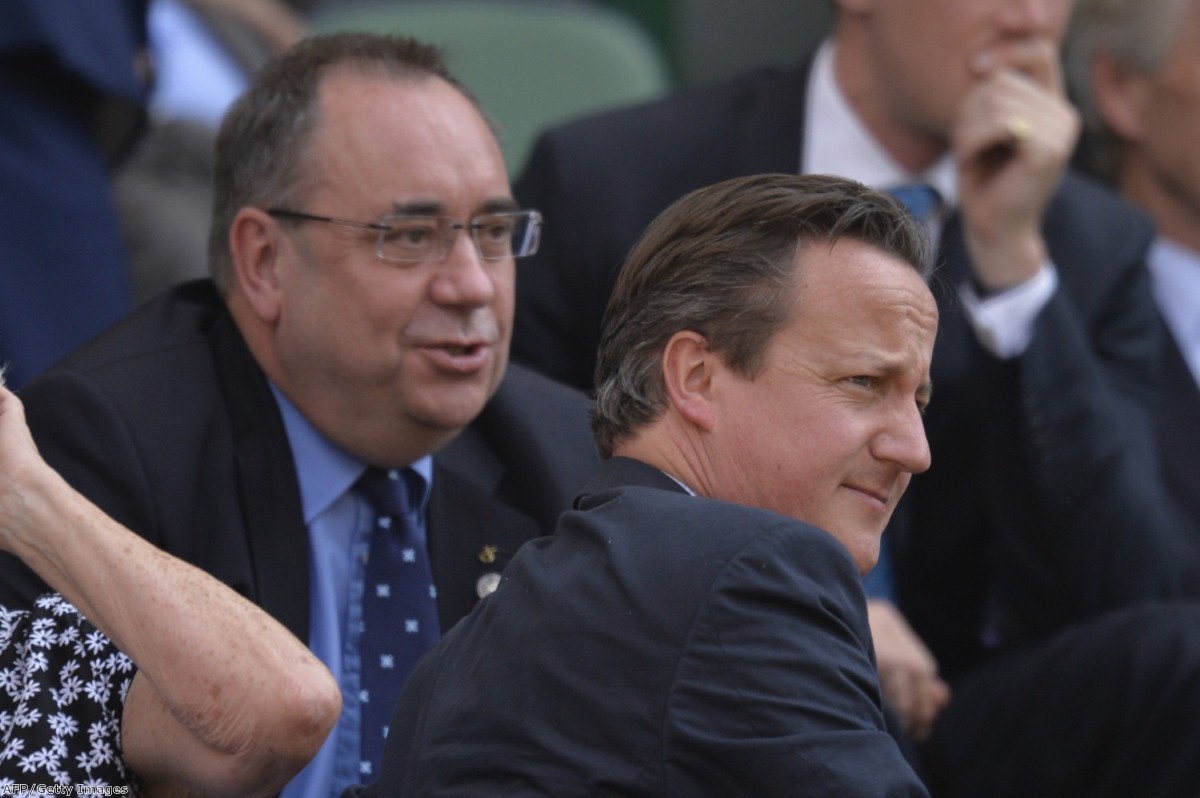 Analysis: Why David Cameron’s right to snub the Scots

Scottish celebrities are straightening their bow-ties and washing their hair. They're off to a glitzy Downing Street do this evening to talk about how marvellous it is to be Scottish.

Michelin chef Tom Kitchin will prepare the food for guests at the bash, the Herald reports, as the St Andrew's Day event (nobody tell anyone it's not November 30th yet) celebrates the "sung and unsung heroes of Scotland".

There is just one problem. The prime minister will not be there.

David Cameron is off tonight to Vilnius, the capital of Lithuania, to advance his controversial agenda about putting a damper on freedom of movement within the European Union.

While Scottish celebs will be earnestly chewing the delicately-prepared fat over Alex Salmond's independence white paper, the prime minister of Great Britain and Northern Ireland will be having dinner with EU leaders, "personally" setting out his concerns about the impact of free movement and his belief that there needs to be a debate on the issue.

European diplomacy is important to Cameron because of the bigger-picture context of his renegotiation strategy.

But it is even more important right now because there are votes out there. In mixing up immigration and euroscepticism, the prime minister's strategists are concocting a potent witches' brew of right-wing fervour. It's just what's needed to combat Ukip ahead of next month's European elections. Even the Express is singing his praises. "Mr Cameron's announcement yesterday can be seen as a triumph for this newspaper," it crowed, "which has compelled the government to recognise the legitimate fears of the British people."

While Cameron makes hay in Europe, his decision to hold a party in Downing Street and then allow a diary clash to develop which suggests he doesn't care looks like an odd one. It certainly allowed the Herald to use the word "snub" in its opening paragraph.

But there is more to the PM's strategy than meets the eye.

Even though his decision to absent himself might be a careless one, it very much reflects a broader strategy of trying to keep himself clear of the referendum campaign.

This is because he doesn't want the failed electoral reform referendum of 2011 nightmare to play out once again.

Back then it was the political unpopularity of Nick Clegg, the chief champion of his "miserable little compromise", which was harnessed by 'no' campaigners to help defeat the measure.

The stakes will be much, much higher in 2014. That will not stop Salmond and the SNP doing everything they can to make the campaign about more than just emotion.

The potential is there among undecided voters. "It's not about nationalism for me," one 16-year-old interviewed by BBC Radio 4's The World Tonight programme said earlier this week. "It's about politics."

If that teenager can be persuaded that he would be better off under Salmond than Cameron – ignoring the bigger picture altogether – the SNP might just stand a chance, after all.

The prime minister knows this. So he is playing as reduced a role as possible in not combating the nationalist arguments from up north.

Cameron has had his bad days, but right now he is doing well. His interests are advanced by pushing his divisive European politics as hard as possible – just as they are by sitting back on the Scotland independence question.

So when Scottish celebs hoping to shake Cameron's hand tonight are politely told 'sorry, the prime minister's in Vilnius', they'll just have to lump it – and accept they're pawns in a much bigger game.