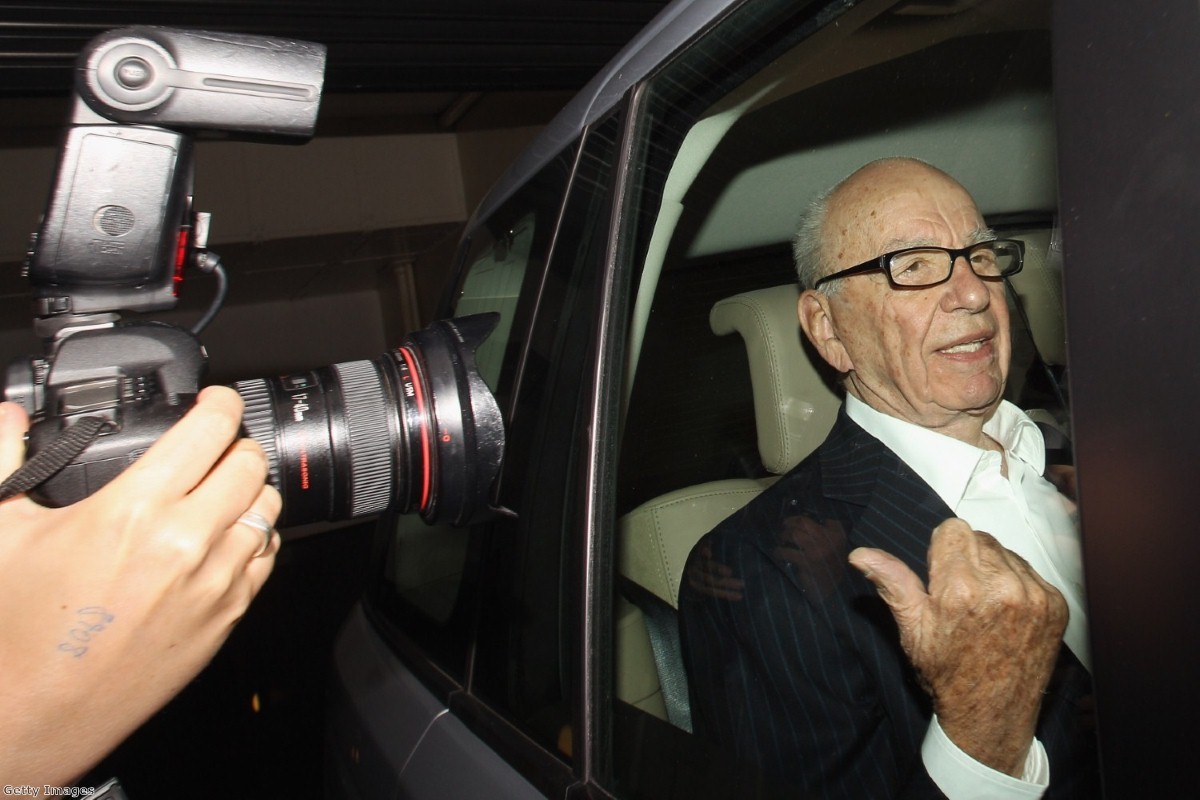 In the end the change came over him quite quickly. James Murdoch spent several hours struggling to remember any meetings or conversations relevant to the phone-hacking inquiry. And then suddenly he became very lucid.

He remembered all sorts of meetings and emails and phone calls which he had previously struggled to pin point. He knew who everyone was and his precise emotional response to a wide range of stages in a complicated negotiation process.

Tuesday afternoon was one of those rare political events you really needed to watch live. In summary, it was a fairly dry affair, with too many names and quasi-judicial processes to keep an average reader's attention for long. But in real time it was wonderful.

Leveson counsel Robert Jay read out each email with a detached ambivalence which didn't seem entirely convincing. The man's enjoying himself, however much he pretends otherwise. Funnily enough, he's getting a good press. As he started through the tranche of emails between Jeremy Hunt's aide and his counterpart at News Corp, he made eye contact with Murdoch, smiled slightly, and said they'd see if the communications "fall into the appropriate box or the inappropriate box".

Each email was worse than the one which came before it. "You must be f**king joking." It's "almost game over for the opposition". "Managed to get some info tonight although absolutely illegal". "Process is in a good place, media attention on the remedy has disappeared". Alex Salmond will call Hunt "whenever we need him to".

And on it went. Like any great meal, the deteriorating fate of Hunt's political ambitions was best enjoyed with an appropriate side dish and fine wine. On this occasion, I particularly enjoyed watching bookie odds fall precipitously in one window and Twitter explode on another. The bookies were marvellous. Minute by minute, the odds were slashed. Hunt started the day 50/1 to be the next Cabinet secretary to resign and ended it 6/1. At least one bookmakers stopped taking bets altogether. Twitter was predictably out of control, with media personalities from all sides driving each other into a frenzy.

It was a week of disaster for the coalition. The next day, Hunt had to make a statement in the Commons. Everyone was so excited we barely noticed the fact the UK was back in a recession. This small detail barely figured on the day, a fact David Cameron might even have been glad for, were it not for the fact he was slowly realising phone-hacking could become the scandal that keeps on giving until 2015.

Cameron had a bad PMQs, which was to be expected. It was followed by Hunt's protestations of innocence, which were no more plausible than his bosses'. Labour spent the rest of the week keeping the pressure up, while Downing Street tried to protect Hunt by bringing forward his appointment at Leveson, where he will presumably blame the two aides for everything.

It always brings a tear to the eye, the way old friends get the knives out when their high-profile careers are on the line.

Wednesday and Thursday saw Daddy Murdoch engage in similar behaviour, blaming a conspiracy of his legal manager and the former News of the World editor for covering up phone-hacking. Then, guns blazing, he suggested Daily Mail editor Paul Dacre had descended to the lowest possible ethical standard in his evidence to the inquiry.

Ofcom are ready to take away the rest of the old man's BSkyB shares. His dreams of holding the whole of the British media in his hands are as lost as that hot period we enjoyed in March.

Murdoch's a generous old soul, though. Even if he's going down, he's giving us all one last bit of Sky-standard entertainment by trying to take down as many people as he can with him.