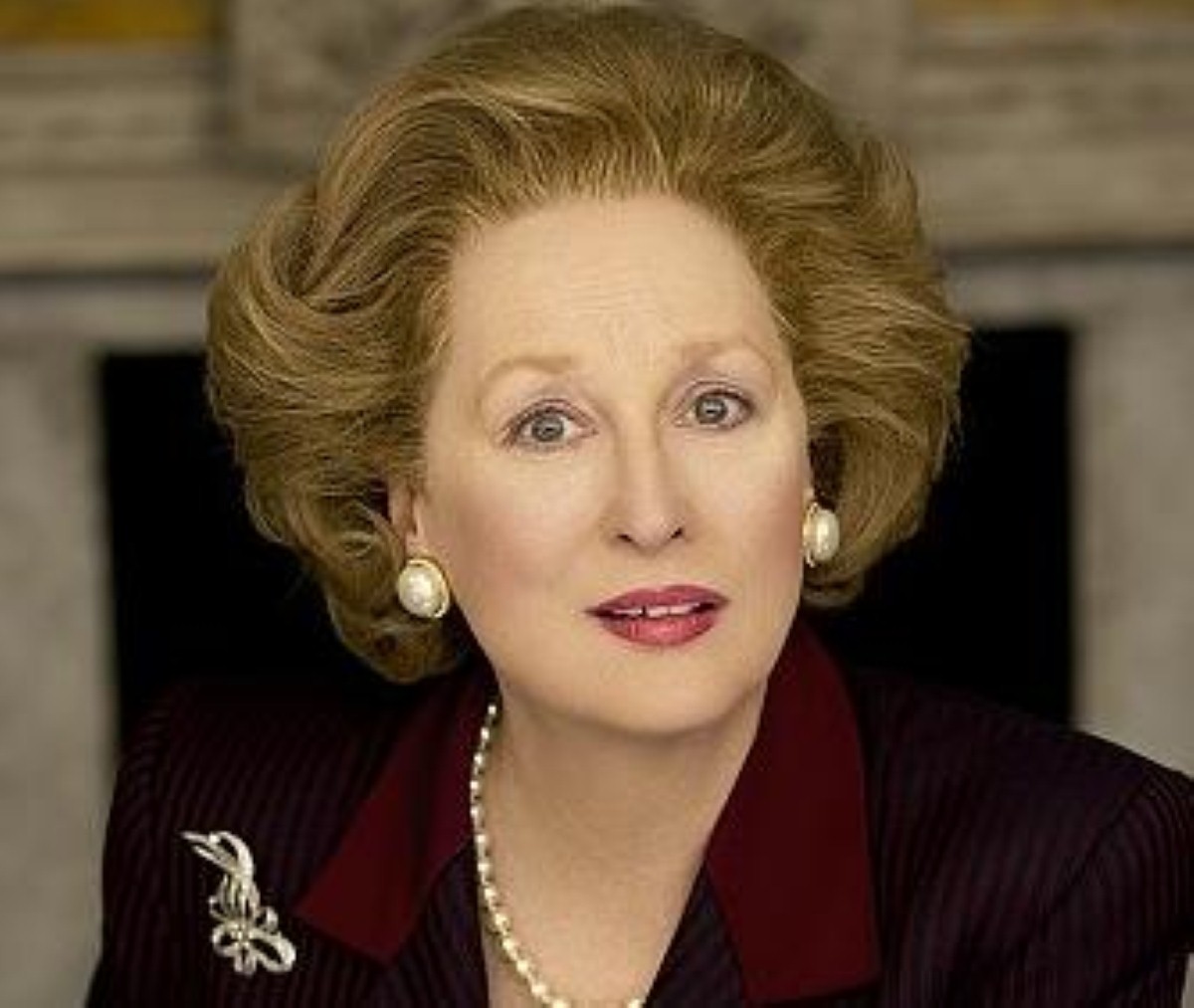 Our review of the Margaret Thatcher biopic starring Meryl Streep.

The opening shot of The Iron Lady shows Margaret Thatcher's hand taking a carton of milk from a fridge, an allusion to her reputation as the prime minister so mean she tried to end free milk for school children. This early mischievousness is misleading, however. Before long, the scene shows the former prime minister in a far more sympathetic light, the milk metaphor transformed into proof that this is a prime minister who knows the price of her groceries.

It's quite clear the filmmakers intend for left and right to be equally irritated by the film. I imagine they will succeed, although for reasons which are both more subtle and more tedious than its detractors will suggest.

First things first: The Iron Lady is not, as some have suggested, Tory propaganda. It is a film about a Tory, which is something else entirely.

Supporters of Thatcher who feared a hatchet job, especially given the involvement of famously-liberal Meryl Streep, never had anything to worry about in the first place. Film-making relies on the audience sympathising with the protagonist. Very rarely will you find a movie which sets out to alienate its audience from the lead character and you won't see it here either.

This is a film of Margaret Thatcher's life, not a treatment of Thatcherite Britain, so the obvious criticism that it shows her troubles but not those of people who struggled under her government is misplaced. That being said, the Iron Lady would make an excellent double-bill with Brassed Off, the story of a mining community torn apart by Conservative policies.

In so far as the film's politics exist, they are notably middle-of-the-road. The script allows criticism of the poll tax to be elaborated in some detail, a luxury it does not allow supporters of trade unions. Nothing is explicitly mentioned, but this sceptical approach in the latter stages of the film suggests a more sympathetic one during its first half. This is the mainstream view: Maggie was necessary to take on the unions but lost her way with the poll tax, and in so far as the film has any interest in politics at all, it seems to broadly sign up to it.

While Thatcher's detractors will probably be enraged by its sensitivity towards its protagonist, her supporters will find much outrage them as well. One scene strongly suggests she was experiencing the early stages of dementia while in office. The film also plays with the idea that she was not so much Britain's first female prime minister, but a male-plus prime minister. This, of course, was the internal battle British feminists faced upon her election, as a woman behaved in a far more masculine manner than her male compatriots, whose tendency toward compromise and negotiation saw them labelled 'wets'.

The filmmakers are not, ultimately, all that interested in the politics. This is not a film about a prime minister at all. It is a film about an old woman with severe dementia trying to recover from the loss of her husband. It's these scenes which have the most emotional truth and where the film's most successful portions lie, especially when Streep and Jim Broadbent light up the screen with a portrait of a particularly British and unfussy kind of romantic longing.

You can see why the film-makers did it. Audiences will struggle to empathise with someone whose public persona was so cold and powerful, so anchoring everything in her weakest moment seems the most sensible option. At first, the focus on the aged Thatcher's modern life feels like it's getting in the way of the historical narrative. Later, it's clear the historical narrative was getting in the way of telling the story of the aged Thatcher's modern life.

The filmmakers bravely use the flashbacks of someone suffering severe mania to tell the story of her life, occasionally in startlingly daring ways. Flashbacks take place within scenes, cutting from one moment to another, seconds before. This loose narrative structure helps them get decades of personal and political history done in record time and offer an intuitive sense of a mind losing its marbles.

Unfortunately, it also means the script suffers the same problem as all biopics – that sense of a checklist of events which must be ticked off on the way to the finish line. Her childhood is done in the space of a minute, comprised of about five scenes. Before you know it she's married and prime minister. The Brighton bomb gets a little longer, while the Falklands flies by in five minutes, full of manically-cut scenes of military trumpets and the silhouettes of leaders making tough decisions in darkened rooms.

For what is ultimately a conservative (small 'c') drama, these surprising techniques come as welcome surprise. It is used because this is not so much a biopic as the snatched, quick-fire recollections of someone nearing the end of their life, slightly mad. As a narrative structure it ultimately fails, but it is an honourable failure. It gets all the information in but without any of the emotional weight the events demand.

None of this takes away from the range of talent on display. The film is gorgeously shot. Its soaked grey and blue pallet could have been cold and clinical, but it succeeds in adding a precise texture to a quintessentially British story. Olivia Colman, of Peep Show fame, does well as an incredibly annoying Carol Thatcher. Richard E. Grant looks for a moment as if he'll steal the show with his portrait of Michael Heseltine, but he is afforded too few scenes. Anthony Head's far more sympathetic portrait of Geoffrey Howe is considered and believable.

But of course this is Streep's film and she is absolutely remarkable. Only Michael Sheen, who played Tony Blair in the Queen, a film that bears some comparison with what's on offer here, comes anywhere near this level of skill at conveying a historical personality without falling into caricature. The way she held her mouth absolutely nailed it for me in a way I can't actually describe. Even the way she cleared her throat was magical and intuitive and totally engaging. It is an acting tour-de-force which deserves an Oscar nod.

There is much to commend here, including its subtlety, daring and genuine intelligence. Left and right will probably both be enraged. Everyone else will be ever-so-slightly underwhelmed.