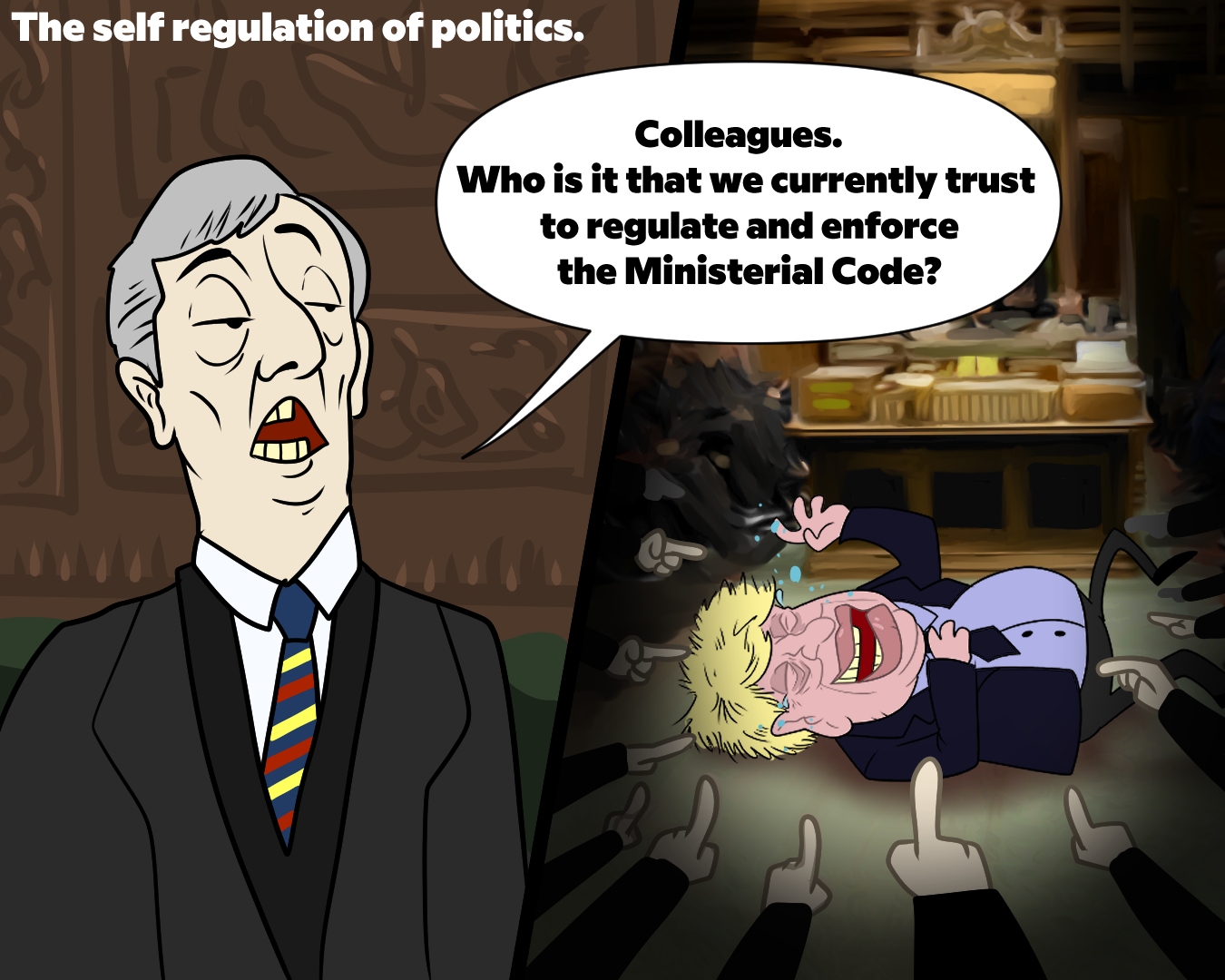 The self regulation of politics 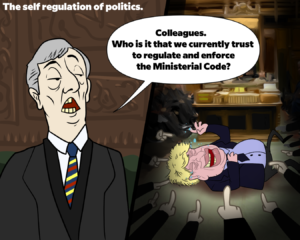 According to the ministerial code, ministers- including the prime minister- must be ‘accurate and truthful’ in their dealings with Parliament and comply with the principle of collective responsibility.

Failure to do either would be expected to result in resignation.

Boris Johnson has been accused of potentially breaching the code following allegations he may have misled the Commons on three separate occasions.

Johnons said that : “All guidance was followed completely in No 10.” when quizzed by Sir Keir Starmer over whether a a lockdown-defying Christmas gathering was hosted No 10 on 18 December 2020.Sue Gray’s report has since concluded that series of gatherings marked a  “serious failure to observe… the standards expected of the entire British population at the time”.

Sir Keir quizzed the prime minister once again regarding the 18 December 2020 gathering after video footage emerged of then No 10 press secretary joking about it.

During the same prime minister’s questions, Johnson stressed that “guidance” and the “rules” were followed, when Labour MP Catherine West asked if he would affirm whether or not a party happened on Downing Street premises on 13 November 2020. Johnson told MPs on Monday that he “stuck by” these comments.