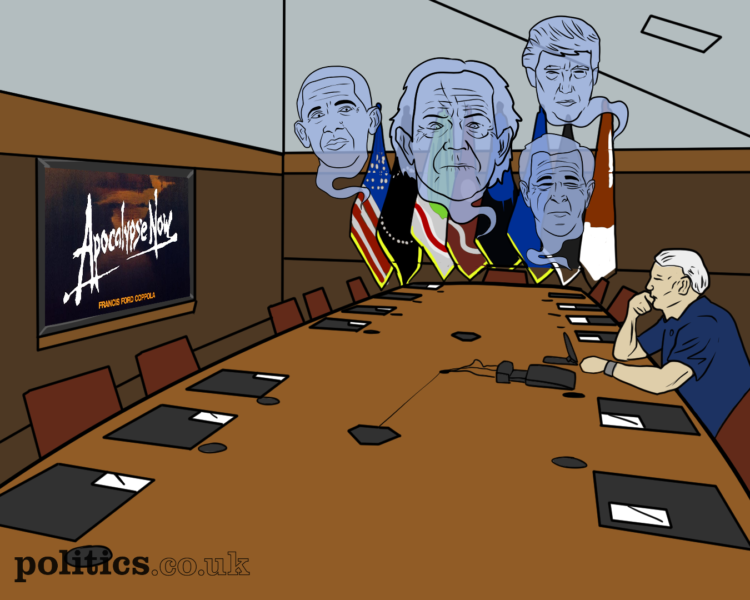 US president Joe Biden has faced criticism for going missing as the Taliban have retaken power in Afghanistan.

There has been no statement on the worsening crisis from the president, who is currently on holiday at Camp David, though one is expected this afternoon. The White House did, however, release an image of him sitting alone in a conference room while on a briefing call with his advisors.

The Biden administration rubber-stamped the removal of all US troops from Afghanistan, after inheriting a plan from former US president Donald Trump, enabling the Taliban to advance through the country and seize power.

The crisis – 20 years in the making and with the fingerprints on it to varying degrees, of three former presidents and several UK prime ministers including Tony Blair –  has drawn parallels with the American withdrawal from Vietnam and caused many to ask what it was all for.