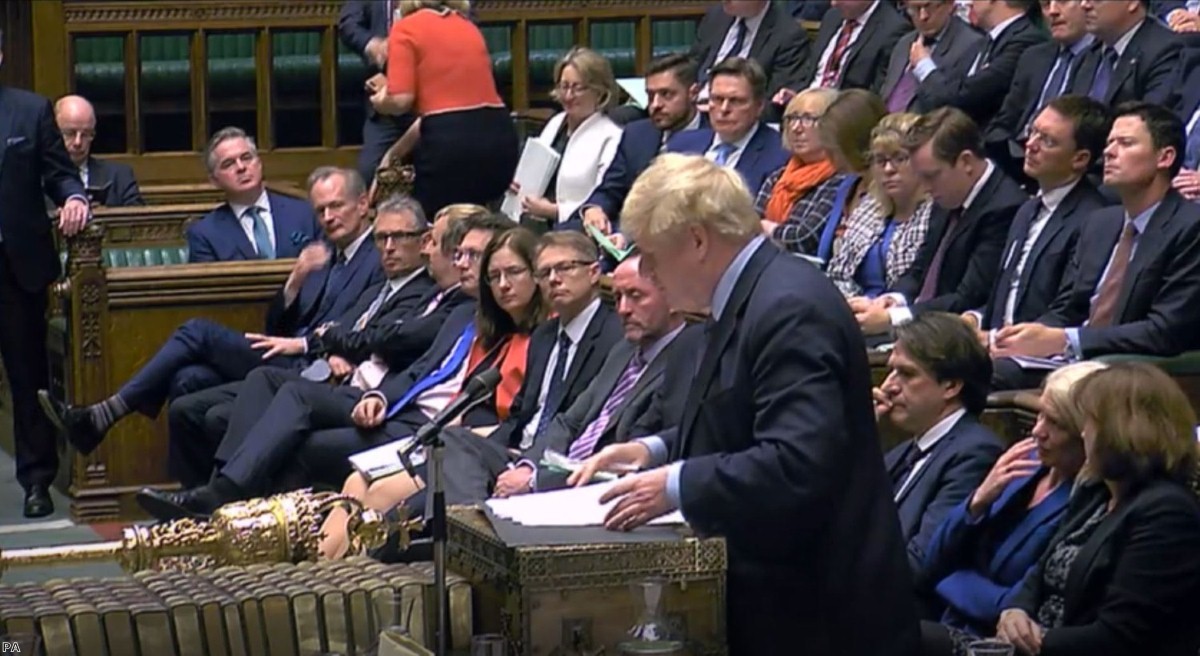 It was one of the most important moments in the entire Brexit saga. It may even have been the most important. If Boris Johnson had his way today, Britain would almost certainly be leaving the EU on October 31st. It would have done so on the basis of a deal parliament had not scrutinised and did not properly understand.

But it didn't happen. Once again, the prime minister was humbled by MPs.

It came after a rare government victory. The government won the second reading of its Brexit bill by 329 votes to 299. That's a reasonably chunky majority, but not an insurmountable one for his opponents. It means 15 MPs would need to switch sides. Some of the MPs who backed it from the Labour benches did so not because they supported it, but because they wanted to get into the amendments process, where they could see if it could be changed enough to support it.

The numbers are very tight. At the moment, the odds are with the government, but there is a long way to go – plenty of amendments and battles on details, in which things can change. This is still still anyone's game to lose.

The crucial vote came immediately afterwards, when MPs voted on the programme motion. This was its timetable for the bill. They were trying to budgeon it through the Commons by Thursday, so MPs had no time to scrutinise it, in order to satisfy the October 31st deadline.

The consequences are huge. First of all, Britain is now almost certainly not going to leave the EU on October 31st. The deal cannot go through in time. That means that the EU leaders who had been biding their time to respond to the extension request will now do so, probably next week.

Johnson all-but admitted it today. "One way or another," he said after the vote, "we will leave with this deal". But he didn't say when. Nor did he do what he threatened to do during the build up to the vote, when he tried to threaten MPs into supporting the government. At that stage he said he'd pull the bill completely and call a general election.

He didn't do so. Instead, he paused it.

That's revealing. First of all, it shows that the prime minister bullies and lies. That is hardly news at this stage, although it may be noticeable to people like Tory MP Oliver Letwin, who were convinced enough to support the government.

Less obviously, it also suggests something about his strategy. Johnson is not going for that election. Instead, he is presumably going to call EU leaders and try to convince them to offer only a short extension – maybe only to November 31st. That would offer him many advantages. It would neutralise the Benn Act. It would have been triggered and died. MPs could do it again, of course, but they would have to start from the beginning. And in the meantime the prime minister could again use the threat of no-deal to bully them into submission.

But that is not up to him. It is up to EU leaders. They can side with him on this. They have a reason to do so – they want the deal just like he does. But it would be welcome if they thought about it a little deeper. Conspiring with the prime minister to coerce parliament into accepting legislation would be below the standards they should be following. And it is unlikely to result in a reliable and long-term settlement. It would be best instead to offer a long extension which the UK could leave at any time if it got a deal.

Either way, the battle is now on. Be under no illusions. It is a battle where critics of the deal are on the backfoot. But they now have the time to dig down into the details of the bill, with proper scrutiny, and a series of amendments from every angle.

The prime minister now has serious problems. He is going to break his one central political commitment, from which all else flows, to leave the EU on October 31st. That could prove debilitating.

Parliament has shown that even now, in the harshest climate, it still just about has the backbone to stand up to a bullying executive.

Each day brings another moment of crisis. But critics of the government are clinging on.