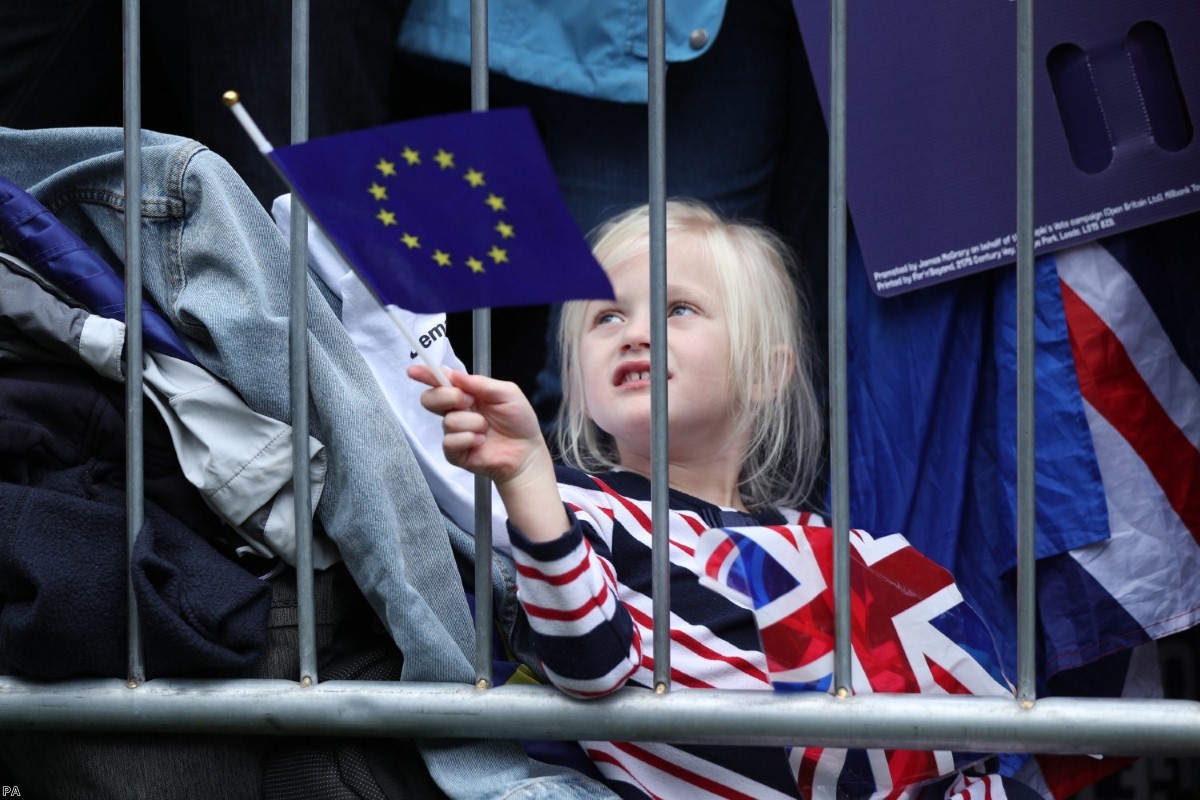 Question of trust: Brexit amendments must force Johnson back to the table

Three major battles are coming up.

The first is this afternoon, when John Bercow rules on whether the government can try for another meaningful vote on its deal. It wants to try to get support in general before publishing the detail of the legislation. The Speaker will likely stop it from doing so.

The second comes tomorrow, when the government seeks support for a programme motion for the withdrawal bill, which will define how long MPs can debate it. If MPs rebel here, they could secure more time to scrutinise it and the October 31st deadline would become increasingly untenable.

And then, finally, the main course: amendments. Countless amendments will be thrown on the bill, some of them super-sexy like a People's Vote. But the one which has most chance of success and could pose the greatest risk to the government is on keeping the whole of the UK in the customs union.

It could get DUP support, as it keeps the UK together. It could get Labour pro-dealer support, as it protects manufacturing. Most other opposition parties – hopefully all of them – could support it. This could be the decisive vote of the entire Brexit saga. If it went through, the government would be in serious trouble.

So they're likely to try and find a compromise. They'll do this the same way they always do: turning legal guarantees into political promises.

This is what happened with the level-playing-field provisions on workers' rights and the environment. They went out of the legal withdrawal agreement and into the non-legal political declaration.

The government repeatedly promised that it would maintain all the best standards during the debate on Saturday, while simultaneously making sure it had no legal obligation to do so. This is what is allowing it to succeed: operating on a level of promise rather than fact, so that both ERG hardliners and Labour pro-dealers can believe they'll get their way.

Any compromise this week will likely take the same form. If a customs union amendment looks likely to succeed, Boris Johnson could offer a promise to negotiate a customs union during transition and enshrine that in UK law. He'll very likely do the same thing with workers rights, in a bid to get Labour MPs on board.

But as the legal expert George Peretz pointed out yesterday, this is not a real guarantee. It would only be written into domestic law and domestic law can be easily repealed.

If the deal was passed, Johnson would immediately seek a general election, as he tried to capitalise on the short intermediary period after people saw he'd got a deal and before they realised we'd still be debating Brexit forever.

And how will he campaign in that election? On the basis of undoing the promises he has made.

The key Brexiter mission is to deregulate. It has been throughout eurosceptic history, with all the oceans of ink dedicated to talk of Brussels bureaucracy. Much of that came from Johnson himself when he was the Telegraph's Europe correspondent.

What bureaucracy are they talking about? Certainly not on trade, given that they've just signed up to an indescribably complex dual customs system in Northern Ireland. It is on standards: for workers, for the environment, for consumers.

What Johnson says now does not matter. The trustworthiness of the prime minister should be beyond question. He quite simply not trustworthy and cannot reasonably be considered so.

On Saturday night, he asked for a delay.

This is a prime minister who lies as easily as he breathes. That is not hyperbole. It is a simple statement of fact. It is black and white.

The only way the customs union amendment works is if it is written into the deal with the EU itself. It needs to be in treaty law, not just British law.

Writing this into the political declaration would be an improvement. It would make it a clear negotiating aim to secure customs union membership. It might be enough to trigger an ERG revolt. But even this is not enough, because it is not legally binding. Johnson could campaign at the election to change tack on the future relationship.

That is the guarantee the DUP need and which Labour MPs worried about their constituents should be seeking. It prevents a cliff-edge in 2020, because it replaces it with customs union. It therefore stops the ERG from securing a diluted form of no-deal in future.

Essentially, you're Theresa-May-ifying the deal. But it should then go further and put a clear commitment in the future relationship document to secure permanent customs union membership.

This is the only thing which holds Johnson's feet to the fire. Anything else just trusts him to keep his word, which is a frankly laughable proposition.

In reality, the prime minister would almost certainly not accept this. He'd demand, once again, that we have an election. That is his prerogative. But it is not what parliament should worry about. It should worry about instructing the government to secure negotiating aims keeping the UK together and protecting workers.

That's the test. Anything below this level cannot be trusted, any more than we could trust Johnson's insistence that he would not send that letter.