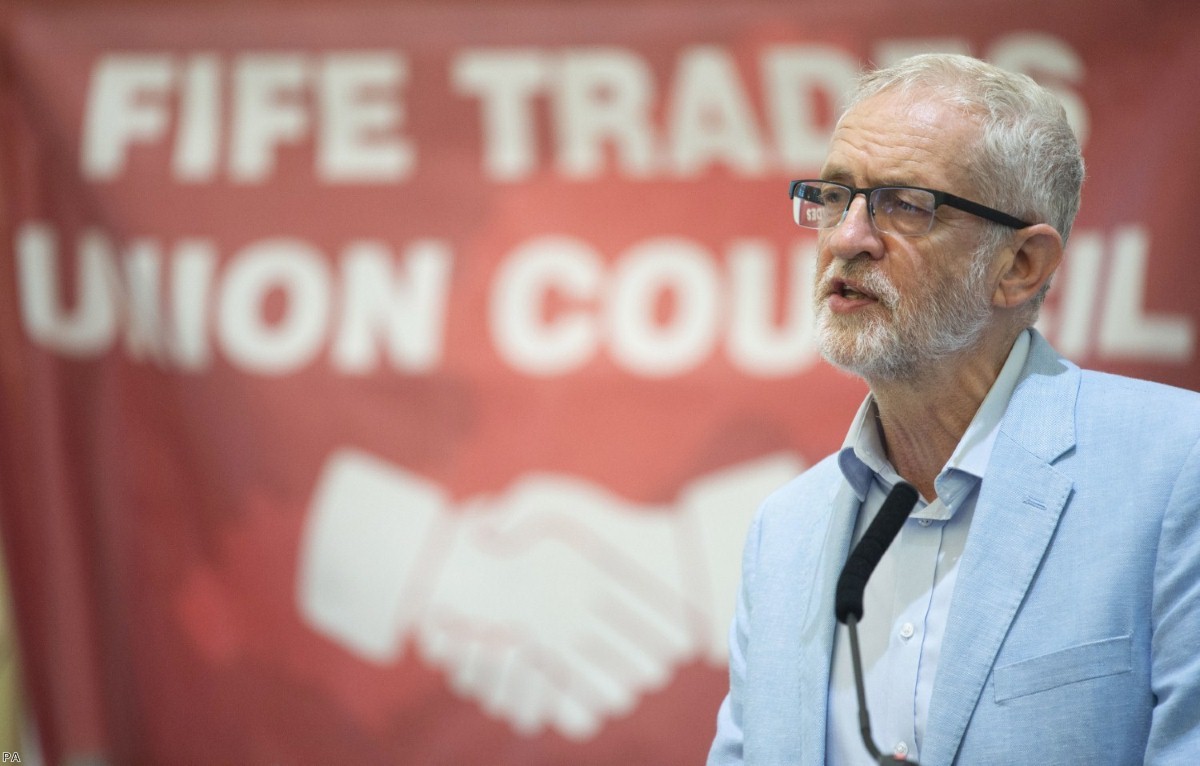 You get as much from Jeremy Corbyn's tone as you do from what he says. When it's an issue he cares about, like austerity or foreign policy, his expressions clench up into a little face-fist and he hammers away with no moral equivocation. When it isn't, you get this passive, restless approach, like a child being dragged around the shops to pick a school uniform.

You could practically smell that lack of interest today in his latest update to Labour's ever-evolving Brexit policy via an op-ed in the Guardian. But, if you could get to the end of it – it's not a gripping read – you'd have a pretty good idea of what Labour's plan is for the election campaign.

If Labour wins, they'll negotiate a softer Brexit, then hold a referendum on it. Corbyn himself will stay neutral in that referendum. He doesn't say that last part outright. As usual, and in a way which – it bears repeating – is quite profoundly tiresome, you have to deduce what the Labour leader will do by what he doesn't say rather than what he does. But that seems the clear message.

For Labour Remainers it's a disaster. And they're right to be outraged. Labour is a Remain party going through the most seismic moment in British history with deep threats to the lives of the worst off. And yet their leadership has been largely missing in action.

But if you're a Remainer outside of Labour, it's not actually that bad. Would Corbyn honestly be such an asset in a referendum campaign? Not really. He wasn't last time. He's an asset of sorts in campaigns he cares about, but he won't care about this one.

It might even be helpful. If the referendum is happening at all, it's because he is prime minister. Having him distant from the campaign might discourage protest votes against the government. Think back to 2016: Remain would almost certainly have done better if David Cameron was not associated with it.

By staying neutral, Corbyn also gets himself out of the bizarre problem of having to negotiate a deal and then campaign against it.

Of all Corbyn's errors, this is the one least of his own making. The policy of negotiating a deal and then holding a referendum on it is perfectly logical. The first step minimises the damage of Brexit in the worst-case scenario and the second tries to prevent it altogether in the best.

But when you translate that into an doorstep message – of striking a deal and then campaigning against it – it sounds quite mad. Staying neutral sidesteps that issue entirely.

Remainers have spent years being mocked and ignored by Corbyn supporters as centrists and God-knows-what else. After all that, and Corbyn's other moral failures, it is hard to see what's on offer even when it's ultimately perfectly satisfactory. But this is actually pretty decent. It's an offer to the head, not the heart. But there's nothing particularly wrong with that.

Corbyn is providing a route to Remain. It is really the only viable route available.

Yesterday, Lib Dem leader Jo Swinson made a speech at the Liberal Democrat conference on what she'd do as prime minister if she got a majority. That would indeed be very nice, but it is not going to happen. The Lib Dems are not going to win the next election. Nor are the Greens. The SNP and Plaid are not in contention. No outright Remain party can secure executive power except as a coalition partner to Labour.

It is simply crazy for Remain parties to launch strong attacks on Labour where there is a danger it would allow the Tories or Brexit party to win in that seat. On a basic strategic level, it makes no sense.

Corbyn has offered enough to stave off a Remain attack. That, after all, was the point of voting against Labour in the European elections: to send a message. It worked. Now Remainers are threatening to allow their anger at Corbyn to derail their own success at shifting his position. He's offered a shot at Remain – not as a movement, but an outcome. They should take it.