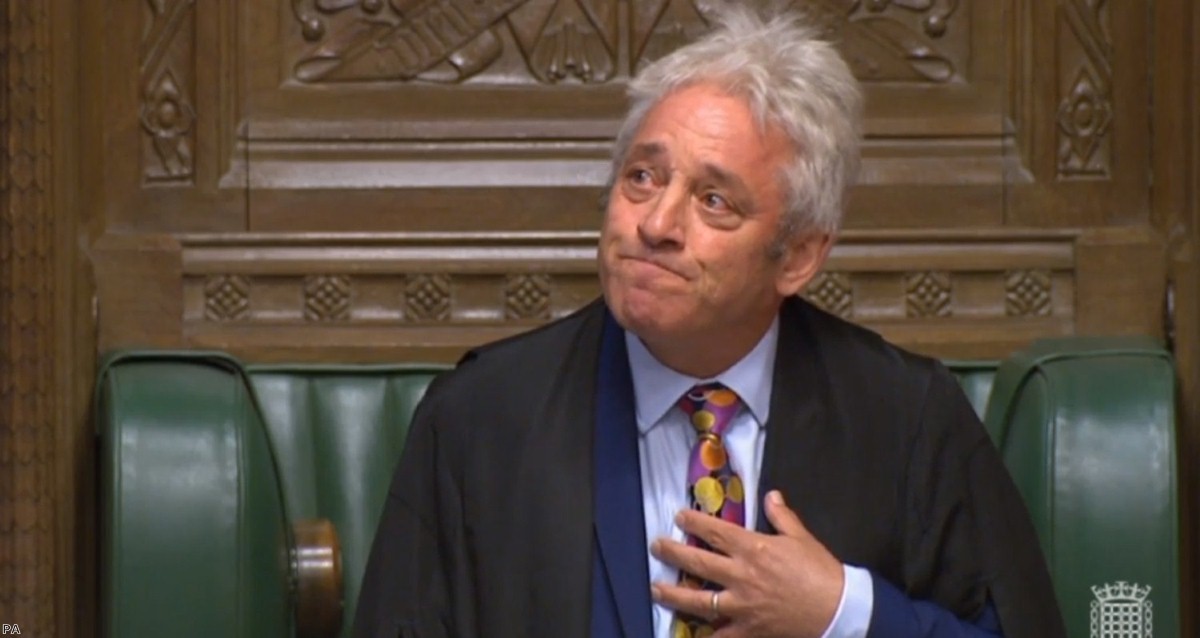 Bercow resignation: He was the right man in the right place at the right time

John Bercow is standing down as Speaker. The news shuddered through the Commons in a wave when he announced it, with both sides in the Brexit debate quickly taking on board what it meant for the fight to come. He'll resign on October 31st, right after the Article 50 deadline.

His statement was emotional. He looked up to the balcony, where his family sat, with tears in his eyes and thanked them for their support. But it was also fiercely political.

"This is a wonderful place," he said, "filled overwhelmingly by people who are motivated by their notion of the national interest, by their perception of the public good, and by their duty – not as delegates, but as representatives – to do what they believe is right for our country. We degrade this parliament at our peril."

The message to the government, coming just hours before a prorogation designed to shut parliament up, was clear. And they heard it. Immediately afterwards, the Commons rose to give him a long standing ovation. But the government benches did not stand. They remained resolutely in their seats, heads down.

Very few things have gone right in the Brexit period. But there was some kind of alignment of the political stars to deliver us an activist Speaker in the chair when the government worked actively to dismiss, degrade and eventually suspend parliament.

He wasn't perfect. There are allegations of bullying against him towards staff. And he did, as his detractors claim, clearly bask in the limelight. But history is weird. It's not composed of saints coming down from on high when needed. Sometimes it just puts the right person in the right place at the right time. And that's what we got.

That notion of an activist Speaker was routinely disparaged by his enemies in parliament and the press. They criticised him for 'politicising' the role and issued pearl-clutching statements about the damage his approach would do for future generations. It is a historically and constitutionally illiterate view.

On January 4th 1642, King Charles marched into the Commons with armed guards in an attempt to arrest five members of parliament. It was an attempt by the executive, back then in the form of the monarchy, to close down parliament as a threat to its rule.

The king didn't know what they looked like, so he asked the then-Speaker, William Lenthall, to point them out to him. His reply helped change the constitutional structure of England and was a key moment in the history of liberal democracy.

"I have neither eyes to see nor tongue to speak in this place," he said, "but as this House is pleased to direct me".

It was a line in the sand. It marked a barrier over which the king was not entitled to tread. He belonged to parliament, not the government.

In the years that followed, many people were killed in the battle for parliamentary sovereignty. The Civil War didn't settle it. Oliver Cromwell, who helped lead the parliamentary side, later turned it into a submissive plaything himself. But that basic idea eventually took hold.

And that is the idea which Bercow ensured stayed alive over the last few months. The Brexit referendum was like an alien substance in the body politic. It was popular democracy with a huge mandate. But it also came with no details about how it should be implemented. Should it be soft, hard or no-deal Brexit? And what about all the countless thousands of choices that would have to be made within those broad categories?

May's response was to act as if only the government had the God-given right to interpret the result. From the very start she acted to sideline parliament. She tried to prevent it having a role in whether to trigger Article 50, to threaten the Lords, to refuse to publish legal advice and then ignore the Commons when it instructed her to do so, and to ensure that the only choice MPs got once she secured her deal was of that or no deal at all – an option no respectable member of parliament would ever have countenanced

As it became clear what was happening, Bercow made sure parliament had a voice. In January this year, he selected an amendment by then-Tory MP Dominic Grieve allowing parliamentary scrutiny of the government if May's deal failed. It was completely against convention, but he recognised the need for MPs to have a voice on the most important issue facing the country.

He did the same again when May tried to put her deal down over and over again, in an effort to bludgeon the Commons into submission. And then again this month, in the most dramatic way possible, when he allowed MPs to use an emergency Standing Order 24 debate to take control of the Commons and prevent the government forcing through no-deal.

These were the modern versions of Lenthall refusing the king. Convention was certainly being bent and remoulded. Both sides were doing that. But there was a crucial difference.

The government was bending the constitutional rules in order to silence MPs and reduce the scrutiny of executive power. Bercow was bending them in response to that attack, in order to give the people elected by the public a voice.

The 'betraying the will of the people' accusation was scary. It was enough to silence many people – in the street, at social events, online, in the media, and especially in parliament. But Bercow had the strength of conviction and the basic don't-give-a-damn instinct to stand up to it. If he had not, things could have been so much worse. MPs would be powerless to stop no-deal. And worse, the government would be able to damage parliament's standing in a way that might not ever be fixed.

The prospect of a Brexit debate without him in future is troubling, especially given that after the next election there is still likely to be a hung parliament. But he had, at least, one final trick: By resigning now, he ensured that it would be this parliament, facing a government with no majority, that decided the next Speaker. So, with any luck, the tradition of an activist speaker will continue.

The newspapers tomorrow will spend countless pages attacking him. But later, when this period is viewed by historians, he will be held in very high regard indeed.