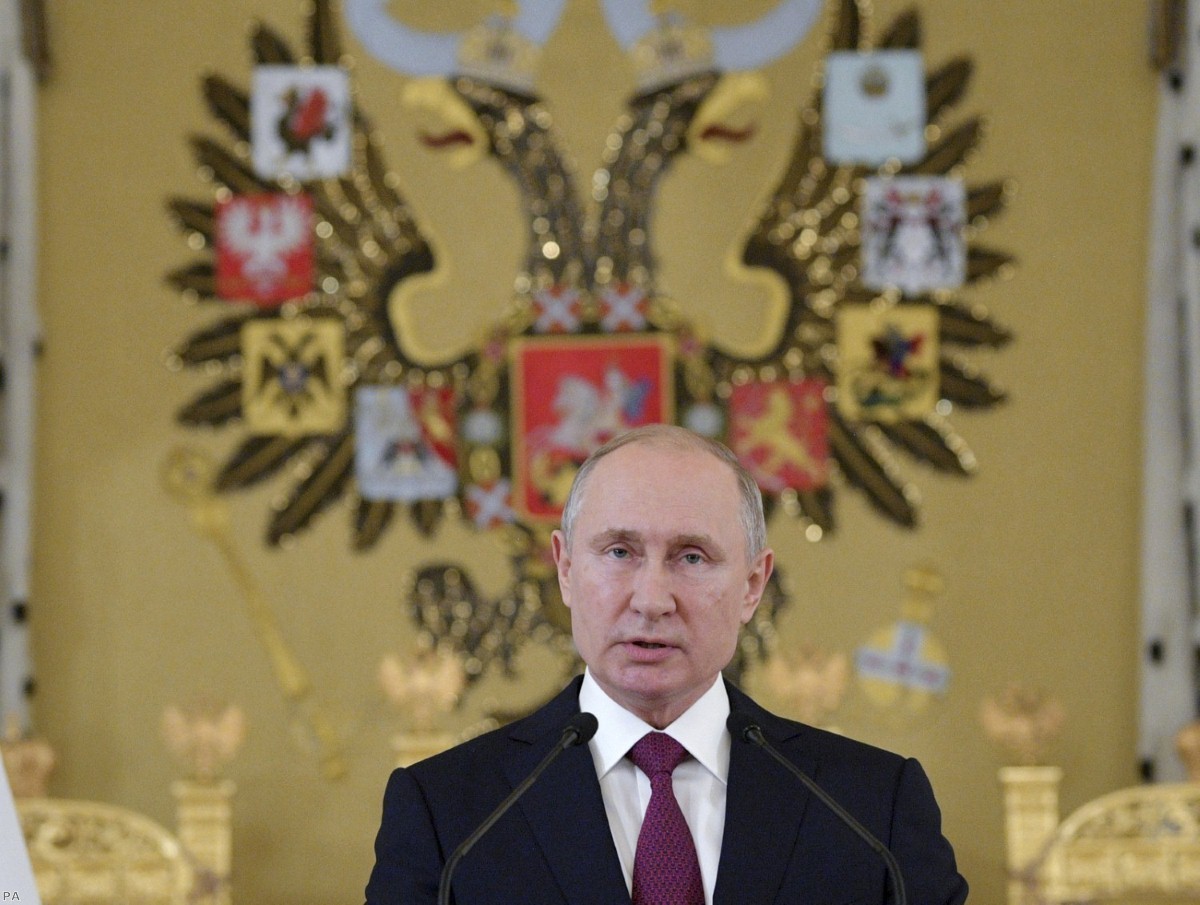 It's like the bit at the end of the superhero movie where the villain explains the plot. The protagonist is chained up. The bad guy twirls his moustache and outlines how his genius plan led to this point. That's basically what Vladimir Putin did last night.

"The liberal idea", the Russian leader said, had "outlived its purpose". He attacked Angela Merkel for her decision to allow one million refugees into Germany and praised Donald Trump for his hardline policies on the American border, which are behind several recent deaths, including those of children.

"This liberal idea presupposes that nothing needs to be done. That migrants can kill, plunder and rape with impunity because their rights as migrants have to be protected. Every crime must have its punishment. The liberal idea has become obsolete. It has come into conflict with the interests of the overwhelming majority of the population."

Putin has always been at the heart of this historical moment. He's not the best villain, to be frank. We deserve better. Instead we got this middle-management type with the eyes of a wolf. But whichever way you look at global or domestic politics, it always has him at the centre. All roads lead to Putin. From anti-semite Viktor Orban's government in Hungary, to proto-fascist Matteo Salvini's government in Italy, to Neanderthal Donald Trump's government in the US, to Brexit, the tragic-comic little cousin.

That attack is perpetual and system-wide. Look how reason is attacked: Fake news, the inability to assess the reliability of the information you see, the emergence of a political class with no concern about truth, which will say anything to get what it wants and is seemingly completely unfussed by whether someone points out it's wrong, the death of any sense of honour in the manner in which one discusses things in politics.

The aim is to make it almost impossible to assess arguments. And once that is chiselled away, your ability to form independent judgements is fundamentally compromised. This has always been core to authoritarian agendas. It's why making Winston Smith say 2+2=5 is so important in 1984. Once you cannot reason independently, you must defer to a higher power.

But the great danger to liberalism comes, and has always come, by the attack on minorities. Those minorities change. Through modern history it has been Catholics, or gay men, or Jews, or Kossacks, or countless others. Now it is immigrants. Wherever you look – refugees in Italy, Latin Americans in the US, Polish plumbers in the UK – it is the same minority, with a local discriminatory flavour. The authoritarians know: the most effective way to defeat liberalism is to make it a culture war against the Other.

That process of demonising the outsider always has a two-way narrative. The narrative is internally inconsistent, but that does not stop it working. It says, first of all, that the outsider is supremely powerful and destroying the nation. And second, that they are disgusting subhuman animals unable to control their own urges, usually with a heavy emphasis on rape or sexual violence.

It's amazing that the human brain is weak enough to accept this narrative. It simply makes no sense. But it always does.

And so it is now. The idea of the immigrant and the elite is bound up together. Look at Putin's comment. Immigrants "kill, plunder and rape with impunity". They are animals. But to stand up for immigrants, or to identify with more than one country, or to travel freely, or to be an immigrant oneself, is to be an elitist, going against the wishes of the average joe, the working man.

Of course, the average joe, the working man, is just as much of a myth as the rest. People who don't fit the mould – ethnic minorities, students, nurses, progressives – are jettisoned from that classification because they're not useful to the argument, no matter what their income.

These are such old stories. They are the stories they always use to attack liberals and have used for hundreds of years. And that is what is happening here. A full-scale attack on the greatest system of thought the world has ever known, the one which, for all its faults, guarantees freedom for the individual, no matter what their identity, and fights the tyranny of the group.

It's useful that the villain of the piece has come out and done his little moustache-twirling monologue. It lays it right on the line. This is a conscious political war we are engaged in, fought by people who are quite aware of what they are doing.