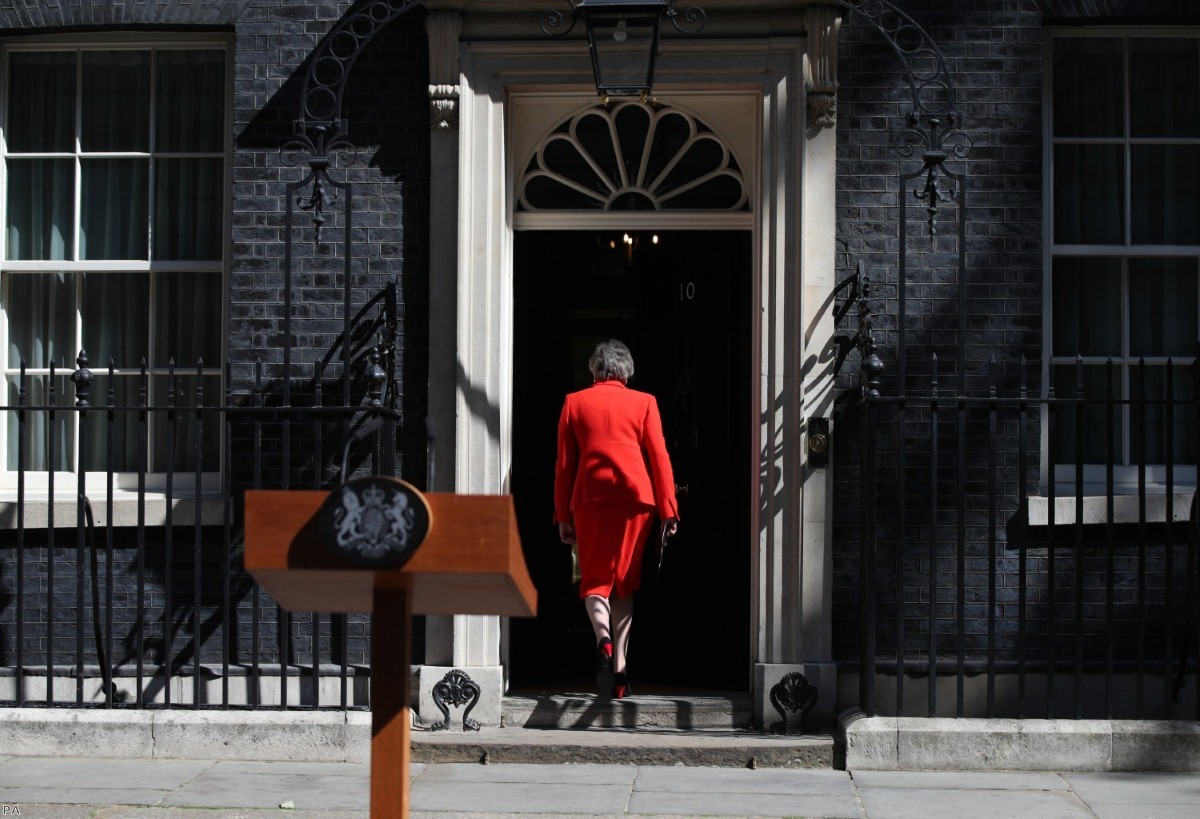 May ends her premiership as she started it: With the greatest lie of all

Theresa May announced her resignation as prime minister in the same way she began her term: with the expression of political values she did precisely nothing to promote.

It was a bookend speech, almost identical in its vision to the one she made when she first entered Downing Street. She spoke about the need to find "compromise" on Brexit. She said the referendum was a call for "profound change in our country". She outlined her supposed accomplishments in national finance, helping first-time buyers and the environment. She emphasised a "decent, moderate and patriotic Conservative government, on the common ground of British politics". And she called for a country that could "stand together".

Not a single word of it was true. The two bookend speeches bore no resemblance at all to the content of her premiership.

The list of accomplishments was particularly desperate. In reality, as everyone knows – as she knows best of all – Brexit has wiped everything else off the domestic agenda. There is no time or capacity to do anything about inequality, or industry, or the environment, because it eats up all of the attention of the government and civil service.

The Conservative government did not stand in the "common ground" of British politics. From the moment of her 2016 conference speech, when it was clear that ending free movement overrode all other political considerations, she made it a formal policy to sabotage Britain's trading status and economic and legal structure in order to reduce immigration.

It was as simple as that. Ending free movement meant leaving the single market. Leaving the single market meant an end to Britain's position as beachhead for global companies entering Europe, for our ability to sell services across the continent, and for frictionless trade. But all those considerations were considered secondary to immigration.

This moment has now been absorbed into British political group-think as somehow necessary. It was nothing of the kind. There was never a democratic mandate for it on the basis of the referendum result. Somewhere between 20% to 40% of Leave voters were either relaxed about immigration or did not prioritise it above the economy. Even Boris Johnson, who won the campaign for Leave, wrote a piece immediately afterwards holding open the possibility of keeping free movement.

It was a political choice. It took the fundamental demand of Ukip and absorbed it into No.10. It was the Faragisation of Great Britain. And she was too short-sighted to see that this would not neutralise his appeal. He would always find an imaginary betrayal to hound her with, as he is now, even when the disasters we are experiencing are a result of his own arguments.

This was not the common ground. It was the hard right. Its fundamental proposition was that reducing the number of foreigners in Britain was worth national sabotage. She embraced it eagerly, right to the end. Even in the bitter final days of her premiership, it was all she really seemed to care about. When she published her deal, ending free movement was her top line. Even when she outlined her updated ten-point plan this week, it was highlighted.

And then there is the utter hypocrisy of her appeal for compromise. Of course, it is easy to see why she says this. Labour won't back her and many Leave MPs won't either, so it is natural to conclude that she is offering a pragmatic position in the centre which ideologues are unable to accept. That is an intuitive thought, but it is entirely false.

There was never a compromise. The two obvious compromise positions – single market and customs union – were dismissed early on as a betrayal of Brexit. May spent years encouraging this language without seeing that it would eventually be turned on her.

These two options would have allowed a prime minister to deliver Brexit while maintaining British quality of life and frictionless trade, specifically in Ireland. She did not take them.

People now say it would have been impossible. That is tragically false. At the start of her premiership, she had sky-high public support and strong backing in the party. That was the moment to make the brave case. It would have offered her a clear and deliverable Brexit policy. Instead, she ruled them out, and made it impossible to deliver the project without threatening the economy and the Union. In reality, it was this course of action which was impossible. And it was this which broke her in the end.

Some believe that her commitment to keeping the border open in Ireland was a sign of compromise. It is a statement that tells you a great deal about how badly our standards have dissolved. It is simply a commitment to the Union. If that border closes up, if state infrastructure appears there – either in the form of physical surveillance equipment and buildings, or border agents – it goes against the spirit of the Good Friday Agreement and threatens a return to the Troubles. It is, as May belatedly recognised, the beginning of the end of the UK.

To call a commitment to the Union compromise, especially when it comes from the leader of a party with the word Unionist literally in its name, is quite astonishingly insane, but that is the level of understanding we now live in.

Brexit was based on the idea that downsides do not exist, that trade-offs are a conspiracy, and that simple answers can be given to complex problems. Every single one of these propositions is false. The moment it turned from poetry to prose, from rhetoric to reality, from campaign slogans to legal documents, the lie was revealed.

That is what the Irish issue was. It was not a compromise at all. It was the translation of Leave campaign gibberish into legal and practical fact. And the moment it was written down, it destroyed her.

This came from Leave politicians and journalists in general, but at the top, giving it form and validation, was the prime minister. She never reached out. She spoke of crazed conspiracy theories to undermine Brexit by the opposition, or judges, or the House of Lords, or EU leaders. She threw in her lot with the most crazed and hysterical Brexiters in her party. And in the end they devoured her anyway, because it was easier to do that than face the inadequacy of their own position.

She was a deceptive prime minister throughout. She lied incessantly, about every stage and aspect of the project. But the biggest lies came at the beginning and the end of her premiership, when she claimed to fight for a better country, to seek the centre ground and look for compromise. She did none of these things. And it is intolerable that she should pretend she did.

On the face of it, she is the worst prime minister of our lifetime. She has no achievements, she conducted herself without grace or principle, and she governed the country as it was humiliated on the world stage.

In actual fact, that's not quite right. David Cameron, her predecessor, takes the top spot. He made his errors for entirely self-serving reasons, in a benign political environment. He created Brexit by calling a referendum, in order to minimise losses in a local election no-one even remembers anymore. The demands upon him were miniscule and his failure enormous.

May has the advantage of much greater demands. Anyone would have struggled. They were punishing circumstances and she handled it particularly badly. So she is not the worst prime minister. She is the second worst. That's the best thing you can say about her.