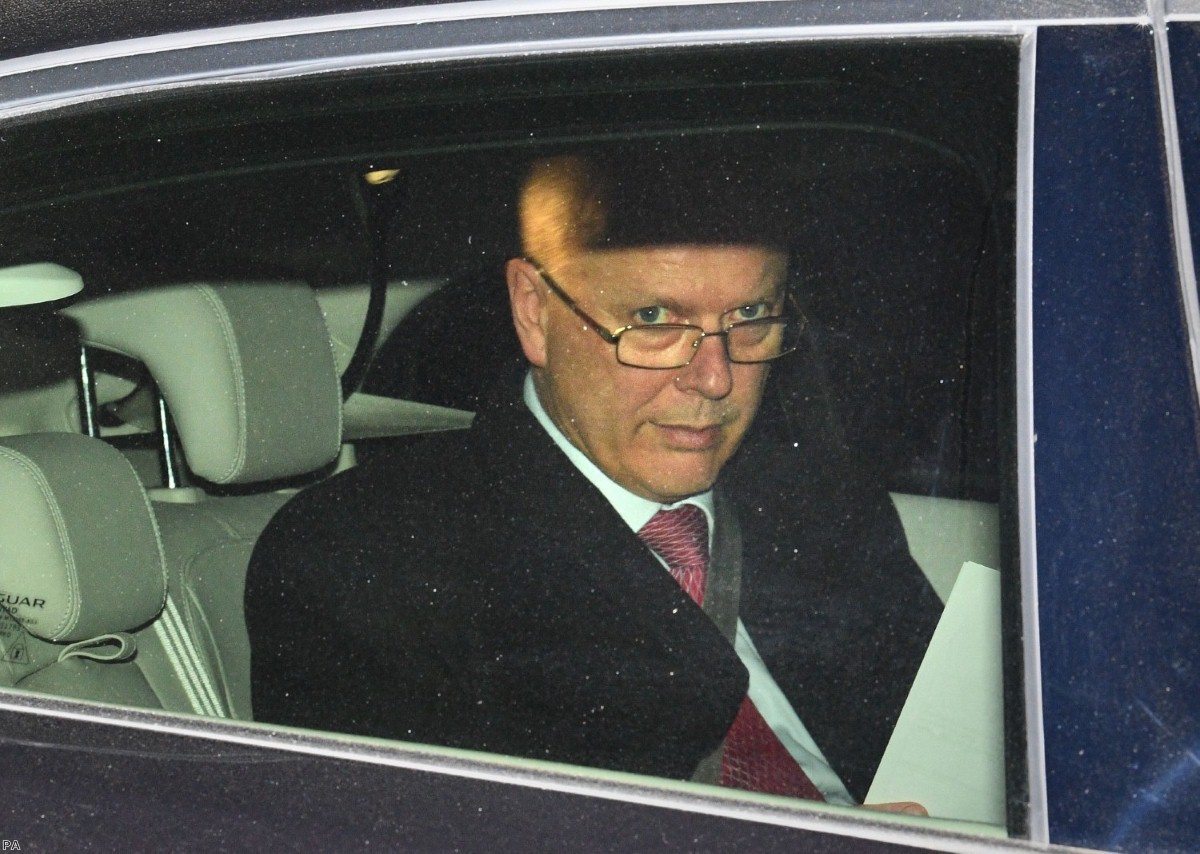 It was a ruinous idea from the moment it was born, in Chris Grayling's head, back in 2013. And it remained one until the moment it died, last night, in the pages of the newspapers.

The privatisation of probation simply made no sense. No-one supported it. No-one wanted it. But the then-justice secretary went ahead and did it anyway. Now, after hundreds of millions of wasted taxpayer money and God-knows-how-many needlessly broken lives and additional victims of crime, it is being brought back into the public sector.

It is hard to fully describe the wastefulness of this debacle. Probation is the system that monitors offenders when they leave jail and tries to ensure that they do not reoffend. It is the harsh and unloved wing of public services. It isn't exciting, like the armed forces. It doesn't win public sympathy, like schools or hospitals. Most people don't even really know what it is. But when it goes wrong, we all suffer, because we all become less safe. There is a direct causal line between someone stealing your phone on the street and this service.

Grayling shattered the system then tried to rebuild it according to the profit motive. He split low, medium and high risk cases and put the former two in the private sector, with the latter retained in the public sector. Then 21 seperate companies were given the contracts.

But there was a problem. Probation does not correspond to the profit motive. Even if Grayling was less biblically foolish, this system could not work. The concept of privatising probation was wrong, as well as the mechanism used to do so.

Over a third of offenders have mental health problems, although some estimates put it as high as 90%. Suicide and self-harm rates are extremely high. Fifty per cent are functionally illiterate, meaning they have a reading age of 11 or lower. Many are completely illiterate. They are disproportionately likely to have experienced unemployment, drug use and trauma.

It's hard to turn that kind of situation around – to get offenders into work, to help them maintain relationships. And there is, in truth, no profit to be made in it. It costs lots of money and most of the time it doesn't work. Repeat offenders are hard to change.

There should be one question above all when people talk of privatising a service: What is the contract? On what precise basis does the company get paid? Where this is unclear, or if payment seems unlikely, then privatisation is the product of ideological zeal and not reason.

The end result is clear. The National Audit Office found that probation companies had much lower business volumes than the Ministry of Justice had modelled, underinvested in their clients and didn't meet performance targets. They failed to work with charities, or develop appropriate supply chains, or provide innovative changes to the service, or meet contractual commitments, or help offenders with accomodation, employment, finance, mental health or drug problems. In repeated checks, they were found to be inadequate, particularly in the area of public protection. After the reform, there was a 22% overall increase in the number of proven re-offences per re-offender.

The commercial approach was shown to be "inappropriate" for probation services. The fear of failure meant that risks were not encouraged, as they might be in a normal company. Contracts were "lightly specified", which meant the government could not hold providers to account. And payment-by-results proved impossible, because data on reoffending only comes out two years later and it is impossible to say if it is the result of the probation agency or some other variable, like welfare provision, or drug services, or something completely outside of government control.

But instead of asking about contracts, or exactly why we think the profit motive would function in an individual case, we just split into these incredibly tedious ideological tribes. On one side, the free market fundamentalists, like some crazed tribe of mouth-frothing Bacchic Hayekians, who think profit acts as some sort of magic wand fixing everything. And on the other the Corbyn disciples, whose only answer to any problem is to nationalise it, in as crude a way as possible, more to make themselves feel like they're getting revenge for 40 years of policy defeat than because they really believe it might help anyone.

It's all so boring and inadequate. We need rational case-by-case assessments of public benefit. What we get instead are massed ranks of zealots.

It's easy to turn this into a Grayling story. He is demonstrably inadequate and should have no role in any sane British government. The duration and extent of his political success is a vivid test of how badly our political system is malfunctioning.

But this is a much bigger story than just him. It's about how simple-minded our debate on privatisation and nationalisation is and what the consequences of that are for all of us. If you can only think in terms of 'good' and 'bad', with no nuance or judgement in between, don't be surprised when you get terrible results.