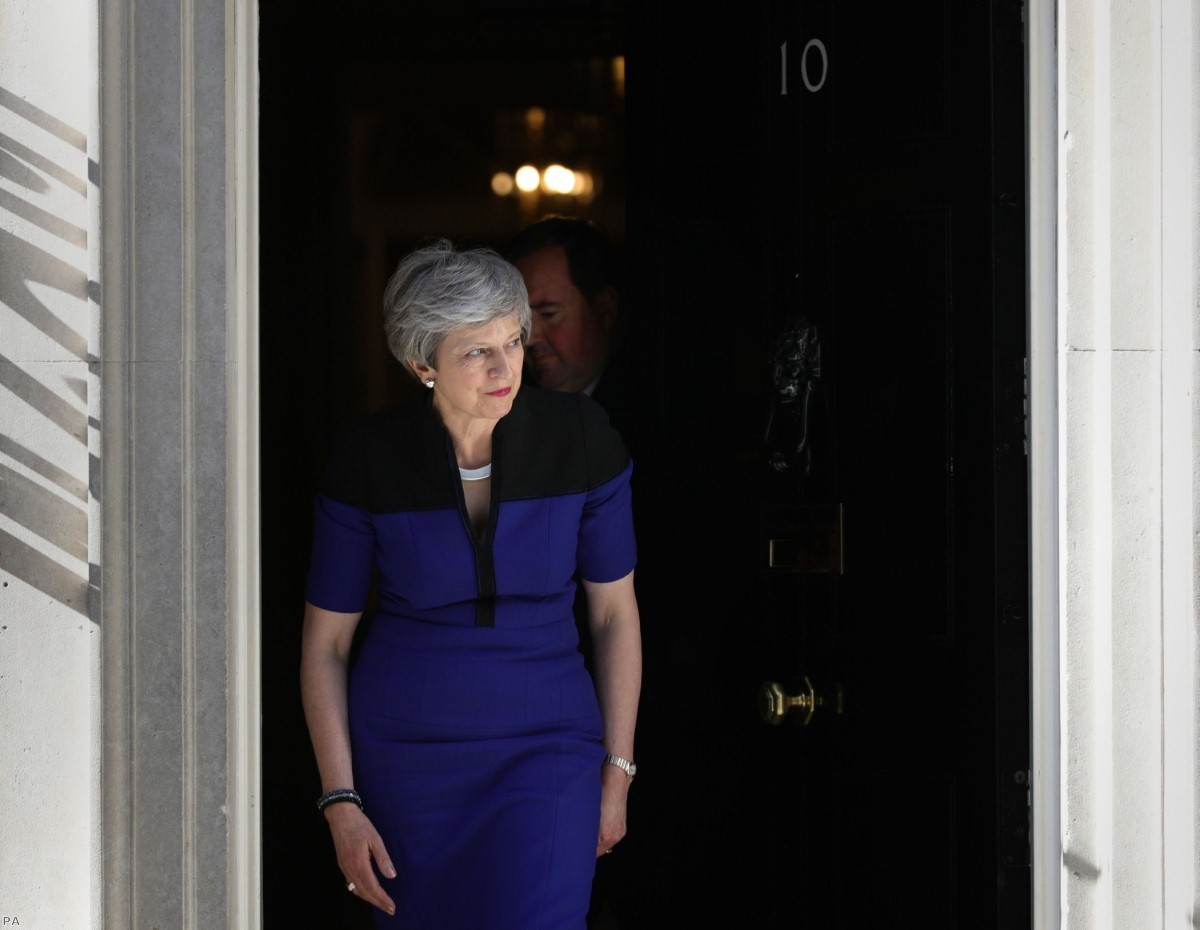 On the face of it, Theresa May's latest move makes no sense. But that's until you remember that she is, on a basic strategic level, the most hapless prime minister of our lifetime.

She is going to drop her attempt to hold another straight yes-or-no vote on her deal and instead bring forward the legislation that would enact it. This will then function as the fourth attempt to get it through the Commons.

Perhaps she feels this will sharpen the minds of MPs. Or maybe it's the only way she can get past John Bercow's insistence that the same proposition can only be brought forward once. Either way, the numbers just aren't there.

She lost by 58 votes last time. That means she needs to turn about 30 MPs. But where will they come from? She doesn't have the support of the Labour front bench. The talks between them have gone nowhere, with little sign they ever will. She doesn't have the support of the DUP. They responded to the news by instantly confirming they would vote against it.

Even the 30 number is generous. There has actually been a slight drift back towards opposition to her deal among many on the Tory right.

That drift could get worse once the withdrawal bill is published. There is a reason no-one has seen this thing. Once the detailed provisions it includes are out, in stark black-and-white, they are going to drive many Brexiter MPs insane.

Many of them cannot even accept harmless aspects of a Brexit deal. This recent exchange between John Redwood and Brexit secretary Stephen Barclay does a good job of demonstrating the hardline Brexiter mindset. The veteran eurosceptic is outraged the deal has a two-way "sincere cooperation" requirement, for instance, even though this is normal in many international agreements. He soon starts babbling about the reintroduction of "the powers of the European court". If he can't handle that kind of innocuous provision, the legal details of what the backstop entails will drive him round the bend. It is likely to create a sense of thrubbing outrage among Brexiters that will see more of them retreat from their already hesitant support for May's deal.

May's only real chance is to hope that there are enough Labour MPs feeling the voter frustration over the failure to get Brexit 'done' that they are prepared to switch. She may well find some. She is unlikely to find enough. Maybe she is also hoping that a strong showing for the Brexit party in late May will spook enough MPs into backing her deal in early June. Again, there is a glimmer of a tactic there. But again, it does not show much sign of success. You'd have to talk to a lot of people in Westminster before you found one who expected her to win this vote.

The announcement also seems to seal her fate. She has promised to depart if she gets her deal through, so a victory, if she could somehow secure it, signals the end of her premiership. Most people believe that a fourth defeat would finally bring her down too. Win or lose, she will be under intense pressure to go.

So why is she doing it? For the same reason she does anything. Her prime ministerial career is littered with moments in which she creates severe future problems in order to overcome more trivial immediate ones. Her tactics are very predictable: survive the present, deal with the consequences later.

She has made countless promises – on a free trade deal, on transition, on talk sequencing, on the divorce bill, on free movement, on a border in the Irish Sea, on renegotiating the backstop, on alternative arrangements, on Article 50 extension, on the need to hold the European elections – while knowing that she could not abide by them. Anyone who has taken an interest in the detail of Brexit has watched her say things she could not possibly believe simple in order to survive the day.

Tory election leaflets currently being delivered to voters' homes say that "we could cancel the elections" if MPs supported May's deal. This is false. If the deal were passed today, the elections would still need to go ahead. The PM's deputy, David Lidington, literally confirmed the vote was going ahead on the day the leaflets first emerged. The time-delay of printing meant that her previous lie could be published at the precise moment it was revealed to have no substance.

This approach to politics is not just immoral – it is self-harming. The political damage you take is doubled by being delayed. You take the hit on the bad thing happening, then you take an additional hit on there being a record of you denying that it would happen. And then you take a more gradual further hit on being plainly untrustworthy. That last part is one of the reasons why the talks with Labour are so difficult. Whatever they agreed, there's no way of knowing if she'd stick to it.

May's whole strategic approach to politics assumes that people have no functioning memory. But they do, and it has ruined her.

In this case, May's calculation was quite simple. She was facing a challenge from Conservative backbenchers who wanted to change or suspend the Tory party rules so another vote of no-confidence could be held on her leadership. This buys her time until early June.

It has a secondary benefit of reducing the immediate threat after the European election results. The vote on her deal will come a couple of weeks after they are held. By then, the results will have faded in the memory slightly, just like the local elections have now. The danger period of intense indignation is neutralised by a sequencing proposal which places the moment of truth a little later down the line.

The advantage is minimal and the price terrible, but it's typical of May that she chooses to pay it, because it comes later. It really is as basic and elementary as that. She is like someone using a hallway for storage.

If she had any strategic sense, she would not do it. But then if she had that, we wouldn't be in this situation to begin with.