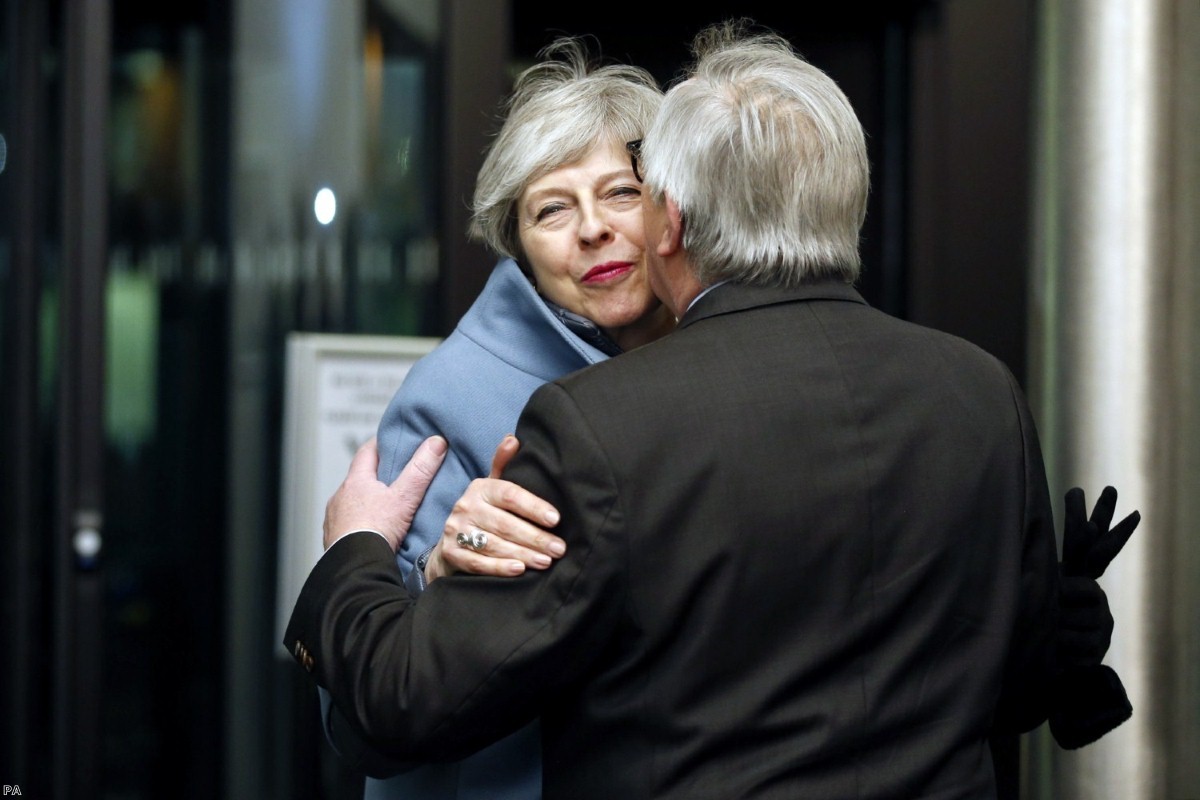 No fudge, no unicorns: May’s new deal is total failure

There are two critiques of the backstop. One is based on reality and the other is based on fantasy. Yesterday's updated deal from Theresa May focuses exclusively the latter and ignores the former.

The real concerns are that the backstop will apply unless or until alternative arrangements are found for a frictionless border in Ireland. Those alternative arrangements do not exist, so it follows that we will fall into the backstop and we will stay in it. The fantasy element is based on conspiracy theory. It is that the fiendish Europeans have plotted a trap to keep Britain in a subservient position to the EU by default. This is simply not true, but is an abiding paranoia of the Tory Brexiters and the dominant focus of yesterday's talks.

The response to the conspiracy theory takes three forms: There is a 'joint interpretative instrument',  a 'joint statement', and a 'unilateral declaration'.

The first is a "document of reference" with "legal force and a binding character" – basically, you can use it to bolster your case if this thing ever comes down a formal dispute.

There are two bodies which will make a call on this. One is the joint committee of the UK and EU. It will arbitrate on complaints about whether the backstop is being pursued in good faith and according to the reasons it was set up. The other is the European Court of Justice (ECJ), which decides on matters of European law.

So basically, the joint committee would rule on the conspiracy theory charge. It would decide whether the EU was using the backstop as a de-facto end-state solution. But on the issue that really counts – whether the UK has come up with alternative technological solutions which means the backstop is no longer necessary – it will be the ECJ, because it is the only body that can decide whether these magical ideas can act as a substitute for the checks on customs and regulations that it requires from countries outside the EU.

That issue is basically ignored. The Brexiters believe in the magical solutions, so they do not question whether they will work. They have to work, because they are magical. Everything is focused on the good faith provisions in the joint committee structure. This is completely pointless. It'll never happen. But that is what we have chosen to focus on. And even here, there is nothing new: the system is unchanged from the withdrawal agreement.

It goes like this: First, the UK would claim the EU is not really trying to keep the backstop temporary. Three months later, there's a formal dispute. Somewhere between six and 12 months later, it'll give a ruling. The EU then responds. After a "reasonable period", the UK asks for a new ruling on the EU response.Three months after that, there is another ruling. And six months after that, if nothing has been sorted out, the UK can "suspend" that part of the deal.

This is not the unilateral exit mechanism the Brexiters demanded. It doesn't even really provide exit. It provides for suspension, which may or may not amount to the same thing. It does so after a lot of to-and-fro, and to a crushing and interminable timetable. And all of this is to address an issue that anyway is not pertinent. Because the reality is that the Europeans don't want to trap the UK in a backstop. Their preference is – probably, by and large – that the UK stays in the customs union and single market in a viable and formalised long-term legal arrangement. So in summary, it does not do what it is supposed to do and the scenario in which it should be doing it will never take place.

But the mythical focus does not stop there. No.10 has managed to get the EU to tip its hat in mock-respect to the other great mythical issue: Alternative arrangements for the backstop. The 'joint interpretative instrument' agrees to set up a "negotiating track" for replacing the customs alignment procedures of the backstop with "customs cooperation arrangements, facilitative arrangements and technologies".

The tactic is clear: First they try to placate Brexiters fears about dastardly Europeans trapping us in the backstop. Next they try to reassure them that they will try really hard and seriously to make these alternative arrangements work. The tacit message is: Don't worry, this isn't just a base camp for single market and customs union membership. We're still going to get to a Canada deal.

But once all the myths and sci-fi solutions and conspiracy theories have been put away, a central fact remains: There are no alternative arrangements which ensure a frictionless border across customs territories. The so-called Malthouse Compromise group base their ideas on the paper A Better Deal, which admits there may be "inspections on veterinary and SPS regulations… at official border inspection facilities, located in the vicinity of the point of entry into the territory of the other party". The European Border 2.0 report, which Brexiters have for years promoted as proof that their dreams are possible, repeatedly mentions gates, which is precisely the kind of infrastructure that the backstop is designed to prevent. So even at their most ambitious, the 'alternative arrangements' advocates cannot say how their plans would allow us to avoid the backstop.

There was one other document published yesterday, which won far less coverage but is of potentially far greater consequence. It is a letter from European Commission president Jean-Claude Juncker to European Council president Donald Tusk recommending the changes. Almost in passing, right at the very end, it says:

"Finally, I would like to stress that the United Kingdom's withdrawal should be complete before the European elections that will take place between 23-26 May this year. If the United Kingdom has not left the European Union by then, it will be legally required to hold these elections, in line with the rights and obligations of all member states as set out in the treaties."

Our agreement provides meaningful clarifications & legal guarantees to the Withdrawal Agreement & #backstop. The choice is clear: it is this deal, or #Brexit may not happen at all. Let’s bring the UK’s withdrawal to an orderly end. We owe it to history. https://t.co/lfy9eehEZi pic.twitter.com/XCqcLwZV7V

This confirms that the EU is going to insist on British participation in the European elections if it stays in past May. It sets a harsher timetable for departure than we expected – most people thought we'd be alright to stay until July 1st, the day before the new session. In fact, the deadline is for the date of the election itself. Before the UK has even asked for an extension, the EU has outlined the condition.

It confirms the single most important fact in all the Brexit debate: We have to take part in those elections. If not, we are going to be unable to extend Article 50 past May 23rd.

This is the timetable that explains May's negotiation and her strategy. Her tactic probably won't get her over the line today. But it isn't meant to. It is meant to simply reduce the numbers and shave off a few more rebels. Then we extend to May 23rd, fail to pass the domestic legislation required to take part in the European elections, and suddenly we're faced with a real immoveable cliff-edge. Then she tries again, with a clear choice between her deal and no-deal. And that time she'll probably succeed.

The only thing that can stop her pursuing this terrible plan is MPs realising she is doing it and insisting on British participation in the elections. But at the moment there seems precious little sign of that. We're lost addressing conspiracy theories and mythical technologies, when the real danger to the country is hurtling towards us at speed.