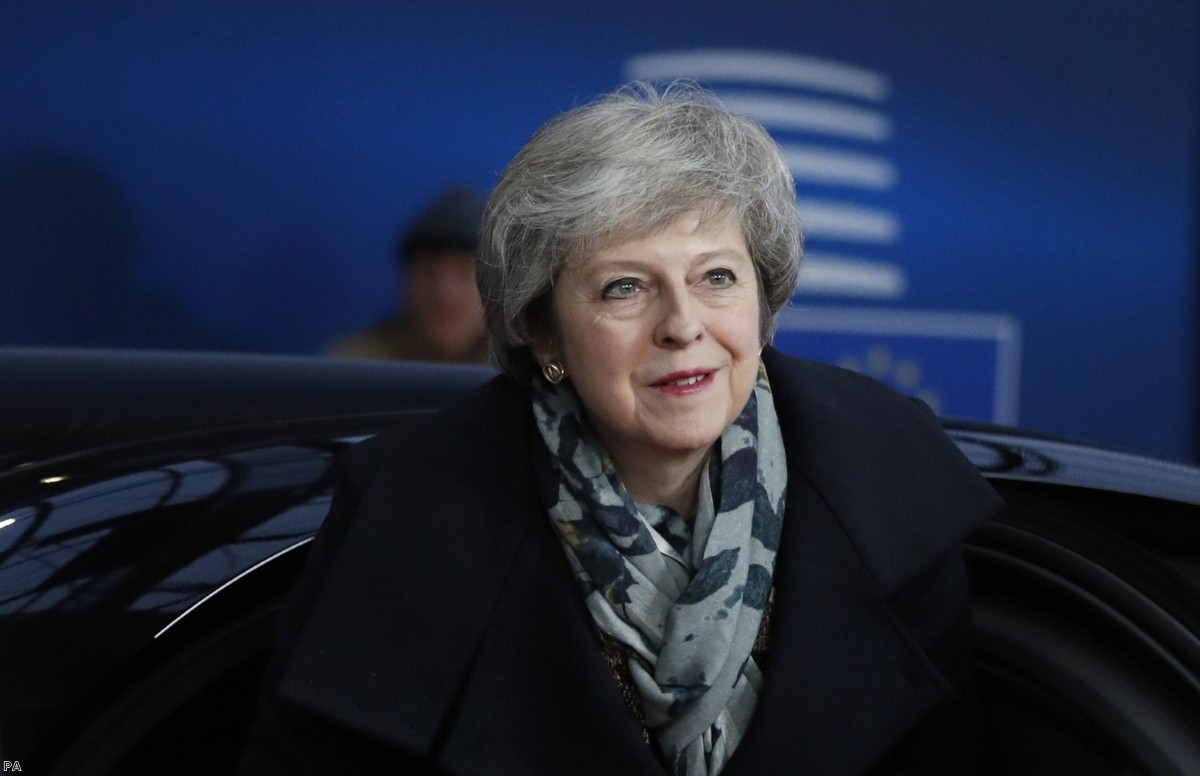 Week in Review: May’s Brexit is over, parliament must take control

That's it. There's no more. The song's over, the music has stopped, the clean up crew is sweeping up the rubbish. It's done.

Theresa May's Brexit is dead. We can't waste any more time pretending otherwise. There is no other story to invent. There is no argument or fabricated bit of Westminster nonsense which can allow us to suspend our disbelief a moment longer.

Last night, in another national humiliation which should pain us but to which we are becoming alarmingly accustomed, the prime minister spoke to EU leaders for an hour only for them to toughen up their position from what it was beforehand. It is astonishing. She is like an anti-lobbyist. The deals she promotes actually become worse by contact with her presentation.

EU leaders were actually quite warmly disposed towards May when she entered the room. They recognised the difficulties back home. They want the deal to pass. But after an hour of her insipid, meaningless rhetoric and relentlessly evasive political gymnastics, they'd turned cold.

Incredibly, one of the things May asked for was a one-year limit on the backstop. Does she truly still not understand what it is? Is there any thinking whatsoever, any basic competence or appreciation of detail, taking place in Downing Street?

The backstop is an insurance policy, designed to protect Ireland against the consequences of Britain's perpetual indecision and the lies of the Brexit jihadis who have taken over the country. To ask for a one year limit now suggests a total failure of comprehension about the matter under discussion and the reason it exists.

Not only could May not secure it, she did not even have any ideas for how it might be achievable if she could. When one EU leader asked how she imagined the target would operate, she had no answer. It's not even as if this is a particularly difficult question. But her team had not considered it. The truth is they'd had to promise it to Tory MPs to survive on Tuesday and now came to plead for it in Brussels on Thursday, with nothing but their own desperation as leverage. What a mockery of what this country used to be.

The failure is now too severe to be restricted to May alone. Anyone advising her, anyone in the negotiating team, must bear the heavy load of it. This is a national humiliation.

Not only would the withdrawal agreement not be reopened, but the draft summit conclusions were rewritten to toughen-up the EU's stance on the UK. Paragraph three was changed to remove an assurance that the backstop was not a "desirable outcome" for the EU and then bolstered with refreshed commitments on the integrity of the single market. The section in paragraph five which promised to examine whether "any further reassurance" could be provided was instead changed to increase preparations for no-deal.

There is no need for further discussion. May has no content. There is nothing behind the facade. For the last two and a half years, Remainers and Brexiters alike have imagined her to have secret plans which will trap people this way or push them that. It's all nonsense. She has nothing.

Among her many failings, she is neither intelligent nor well-prepared. The emperor has no clothes, nor skin, nor vital organs.

She cannot get changes at the EU after the meeting last night. She cannot be unseated by her own party after the failed no-confidence attempt on Wednesday. She cannot get her deal past the Commons after her cowardly refusal to bring it on Tuesday. There is no movement anywhere.

Her current timetable is to wait until January 21st, in six weeks, before bringing something back. That is not acceptable. Even if there was a credible plan, it would be a generous timeframe. But there is not, so it is insane. It is, quite simply and demonstrably, not in the national interest to wait that long so that she can try some other shabby mechanism to prolong her political survival.

If she won't go and her party will not get rid of her, then parliament needs to step in. The time is now. Not on January 21st. Not even after Christmas. It should happen immediately.

There should be an immediate motion of no-confidence against the government. In any sane world this would pass. Any MP who will not vote for the deal and does not believe she can improve it should vote for it as a matter of basic logic. But even if, as seems likely, the no-confidence motion does not pass, it sets a marker. There is no limit on how many of these votes can be held.

This should be supplemented by a guerrilla campaign trying to bring to a halt the basic functions of government: Amendments to the legislation which is still in the Lords and the Commons, opposition day debates, and the holding up of statutory instruments required to prepare for leaving the EU.

This is not irresponsible. The simple fact is that there is no functioning government so it should not be allowed to pretend otherwise. Parliament must take back control.

If not now, then when?