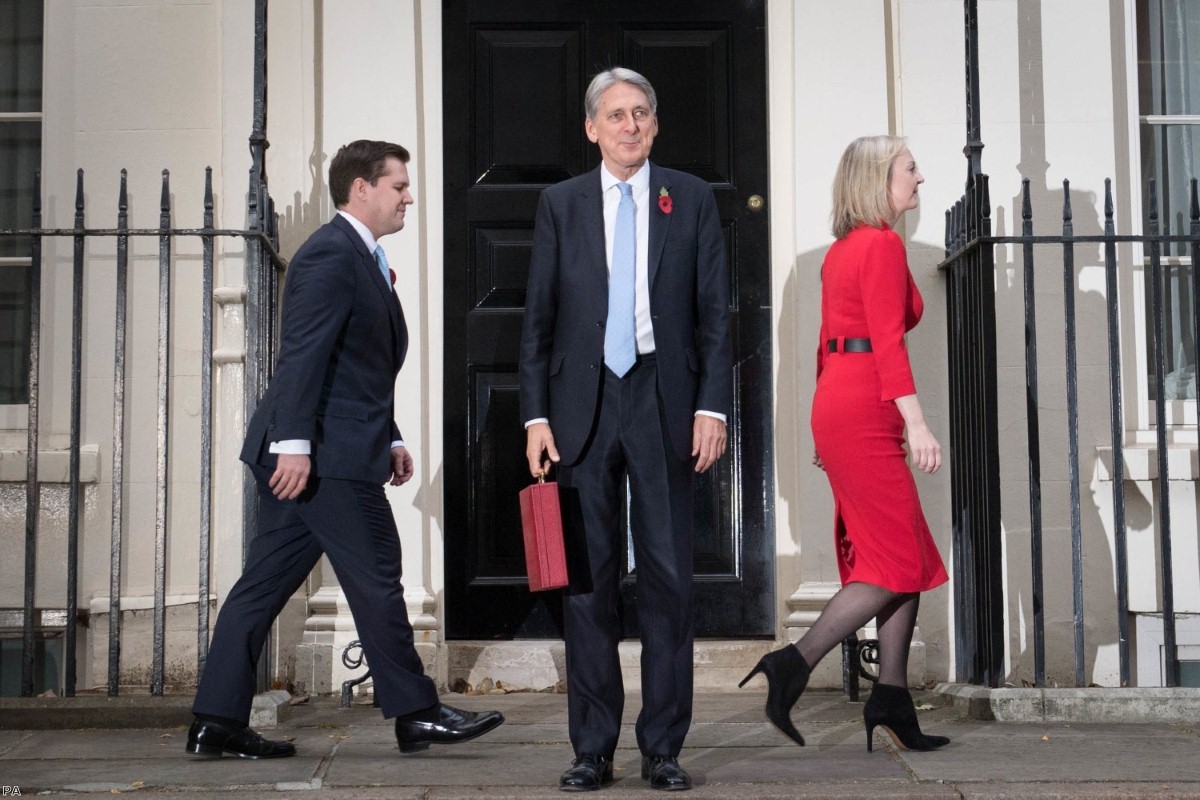 The real story behind the Budget was what could not be said: that spending has to be put on hold while we figured out what the hell is going to happen to us in March.

Philip Hammond insisted that everything was fine. It was all going to be OK. But just in case it wasn't – on the off-chance that we were careering towards a national disaster of historic proportions – he was putting aside £4.2bn to build some airbags.

The chancellor has a thankless task. He has to carefully prepare for what is about to happen, but not do it too obviously or else he will catch the attention of the Brexit fanatics on the Tory benches. Just this week the wolfish toff Jacob Rees-Mogg sent out a warning shot by dismissing the Treasury as a "bastion of remoanerism". It's important to Hammond's continued survival that he never appears too sane.

Nevertheless, he summoned some courage and sneaked into George Osborne's 'punishment Budget' territory. If there was no deal, he said, he'd need to upgrade next spring's financial statement to a Budget. But if there was a deal, we could expect a "double dividend", composed of private investment kept back due to uncertainty and the money he'd retained for "fiscal headroom".

That was all plainly true. Investment has almost certainly been kept back and even a relatively short transition of 18 month would release some of it. If there's no deal, another Budget would plainly be necessary. Even today, Hammond was adding £500m to existing no-deal preparations.

The message to Tory MPs was quite obvious. Play ball, and things get better. Don't, and they get very dark very quickly. That felt a particularly pertinent message given how much of an election-footing Hammond seemed to be on, with attacks on Labour coming thick and fast throughout the speech.

Tory MPs can do their arithmetic too. You go into transition in April. This will allow Tories to point to Brexit as a finished project which caused no economic damage. It'll be hypocritical nonsense of course. The damage will have been prevented by the transition they swore for months was not necessary and the Brexit process itself will have barely begun. But that's not pertinent. They'll have enough fiction to piece together a viable narrative.

There'll be a burst of short-lived money from held-back investment and the Treasury. A new leader will probably replace Theresa May and get a modest bump in support. It's the perfect time to go to the country. Put those pieces together and you could imagine how an MP on the government benches might bring themselves to support a deal.

The bleak hungover reality of Brexit – a million miles away from this speculative piece of electoral fiction – was in the Office of Budget Responsibility (OBR) forecasts Hammond skated over.  Even with the numbers upgraded slightly, they were dire.

Not one year in the next five will see growth over two per cent. They won't even see growth over 1.6%. Until last year this was unprecedented. Budget forecasts would never feature such long half-decade periods with no sun on the horizon. Now it looks like we're stuck here in the mud forever, not quite sinking in but unable to lift ourselves out.

With no flexibility, Hammond was forced to throw out small-sum breadcrumbs. There was £400m for primary schools, £420 million for potholes and a new tech tax which was expected to net the UK £400m. These are insignificant numbers for national finances. And you can see why. The government's own estimates suggest we'd have to borrow an extra £17bn under a Norway deal, £40bn under May's made-up Chequers deal, £57bn under Canada, and £81bn under no-deal. Hammond's plans are a teardrop in a gale.

So were his sad little sops to the Brexit right. E-passport border controls would be expanded to American, Canadian, New Zealand and Australian visitors. There'd be £12m for "cutting edge fisheries technology". Oh and don't forget that amazing 50p coin which commemorates the day the British government stopped worrying about the economic status of its citizens.

In terms of Budget history, it was like the eighth episode of an already overlong Netflix series in its third season: highly forgettable and utterly missable. But what was really telling was how shrivelled-up and tiny Britain was becoming as it juddered towards the cliff edge.

British economic policy has effectively ceased to exist. It is now the careful stitching together of an airbag, composed in secret so we don't upset the drunk-driver at the wheel.