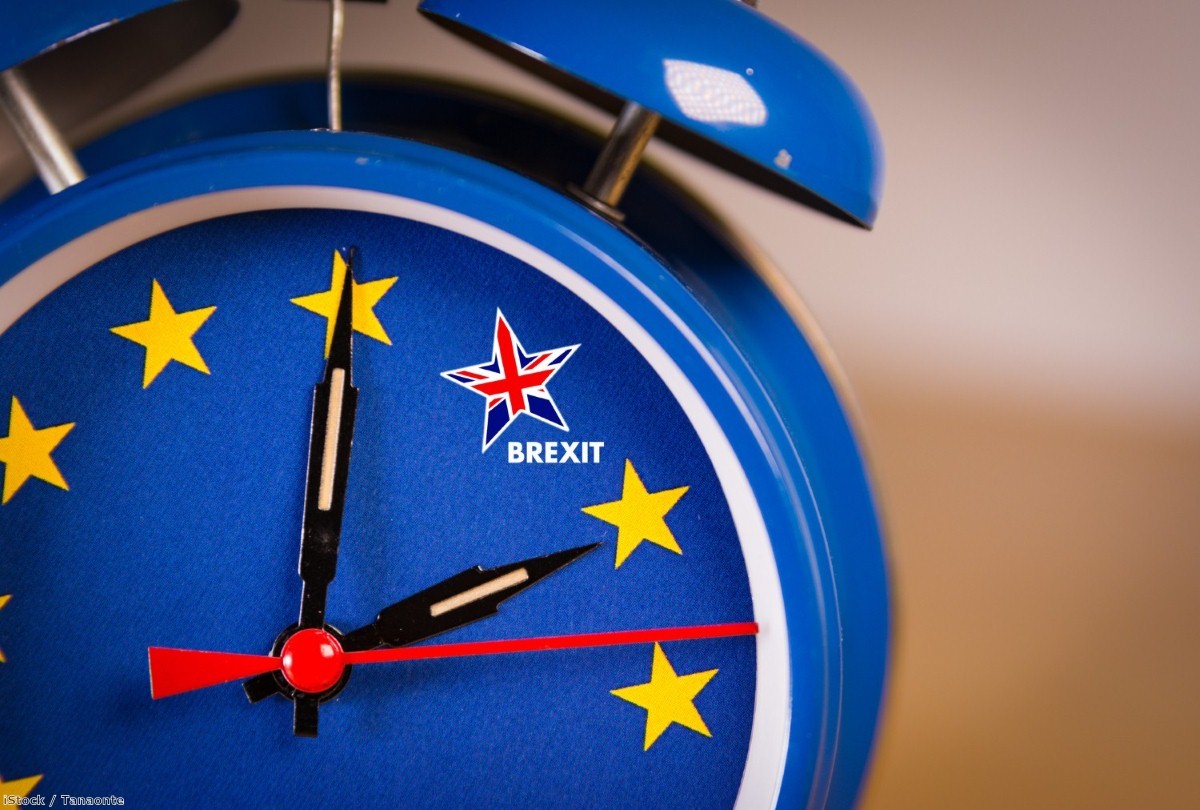 It’s official: We’ve run out of time to prepare for no-deal

Today's National Audit Office (NAO) report on no-deal preparation reads like a horror story. It shows that we are now past the point of no-return on no-deal preparations. No matter what we do now, it's too late. We can't get the border systems online in time. That puts us completely at the mercy of our negotiating partner.

Reading the report is like watching the 18-rated version of a movie which the government had tried to bring out as a 12A with its impact statements over the summer. The delays in negotiations, and the ongoing uncertainty about whether we'd be able to agree on a deal at all, have meant that government departments – including Border Force, HMRC, Defra and the Department for Transport – have been unable to plan, because they don't know what they're planning for or when it'll happen.

The Border Delivery Group, set up by the Cabinet Office to coordinate the work, has understandably focused on what needs to be in place on day one of no-deal but quickly found itself swamped by the speed of events. Startlingly, it has only just started preparing for what would happen on the Irish border.

Eleven out of the 12 major projects to replace or adapt existing border systems to be ready for day one are now at risk of not being delivered on time. The cascade of failure is because so many of the systems are reliant on other ones. At its heart is the new customs declaration system, a massive nationwide IT project which has had its goal and timetable adapted, two conditions which should sound the alarm to anyone familiar with this kind of government programme. It currently has an amber warning in Whitehall.

When one problem emerges it quickly spreads, like a pandemic. For instance, the uncertainty in negotiating outcomes means departments have been unable to provide detailed information on the compliance regime they are expected to enforce, which means Border Force is uncertain of how many staff it needs, which leads to failures in recruitment and training. It is currently planning to recruit an additional 581 members of staff but thinks the eventual number could be as high as 2,000. They won't be available to deploy by March next year, so a 'readiness task force' of 300 is being set up instead as some kind of emergency triage.

As for infrastructure, it is simply too late. HMRC will not be able to track goods and Border Force will not have the space or facilities to examine them. Ports are not going to start pouring millions into building this infrastructure anyway, because they've no idea if it'll ever be needed.

Other businesses will need to be ready too if disaster is to be averted, but the time has passed for that too. HMRC estimates that between 145,000 and 250,000 traders who've never done so before would need to fill out customs declarations and they'll inevitably make mistakes, or simply not do it. That'll create bottlenecks immediately. But the government's own papers from this summer confirmed that it was already too late to train traders to do this.

There are no plans on what to do at the Irish border. There is no design or implementation programme for roll-on-roll-off ferry ports or Eurotunnel.

All we really know is that the government will claim on day one of no-deal that the risk assessment of goods coming in from Europe has not changed and that full agricultural and security checks are therefore not necessary. But this is a short-term fix, if indeed it's a fix at all. "Organised criminals and others are likely to be quick to exploit any perceived weaknesses or gaps in the enforcement regime," the NAO warns. "This, combined with the UK's potential loss of access to EU security, law enforcement and criminal justice tools, could create security weaknesses which the government would need to address urgently."

This is where things start to go dangerously wrong. There'd be a blockage of trade with Europe due to no-deal, and instant tailbacks at the border. We'd then throw open our borders in an act of desperation. And then other non-EU countries would close their borders to us because they'd know we were open to any kind of terrorist, or black market activity, or contaminated product. We'd be turning ourselves into a pariah state. "Government departments have begun civil contingency planning," the report says, blandly. "Plans are progressing to cope with issues such as queues of traffic in Kent, and to enable the continued supplies of essential goods and medicines."

The idea that a successful country would put itself in this kind of position is incomprehensible, even at this late stage. But what's truly shocking, whatever else you might think of the rights or wrongs of Brexit, is that Article 50 was triggered without having come up with a formal and deliverable plan for what would happen when it reached its default outcome, which is no-deal.

We knew at the start how this mechanism operated. The pitiless two years play out and then they eject you, no matter what has or hasn't been agreed. To activate it, in a drunken haze of reactionary self-congratulation, without even knowing what you would do, is an unconscionable act of national irresponsibility. And to have then wasted time on a general election and internal party squabbling instead of doing something about it is even worse. It's simply unforgivable.