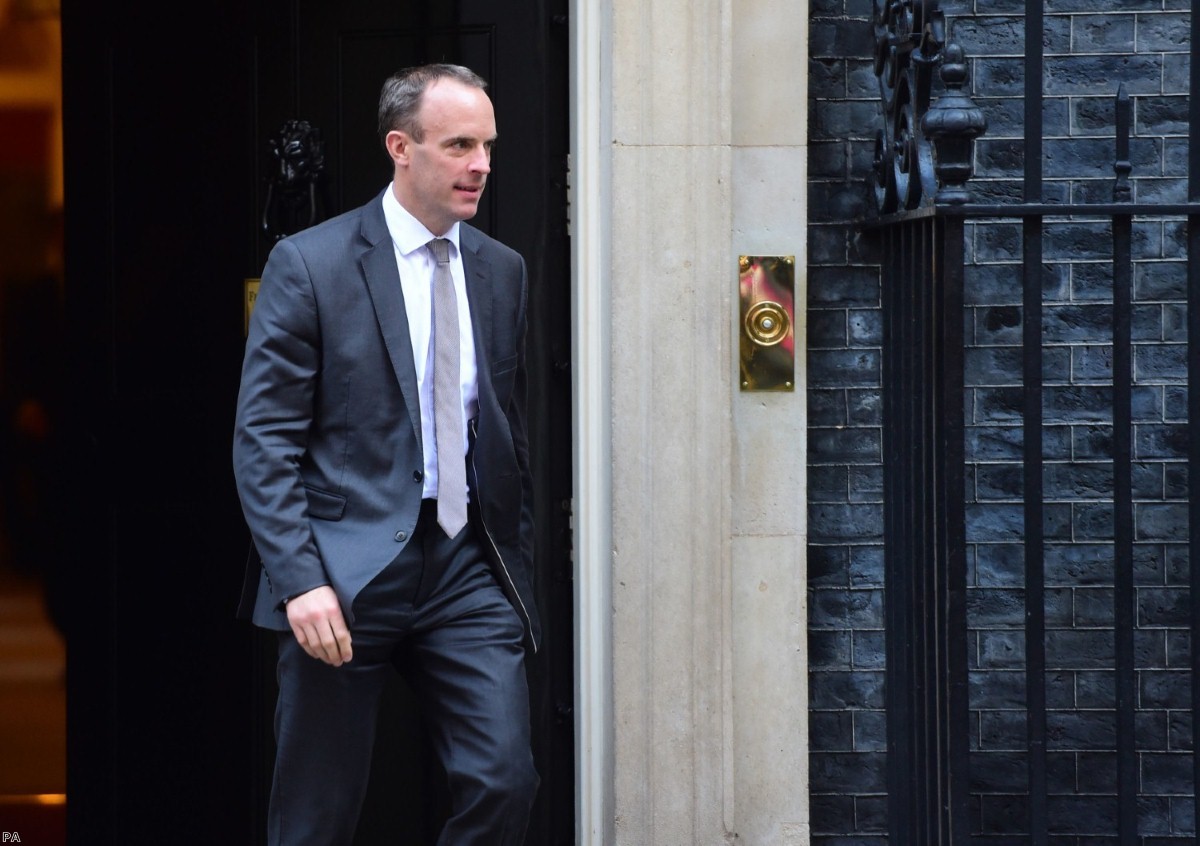 Talks breakdown: Don’t blame the EU for what Leavers got wrong

Bit of a pickle. Just as we were expecting Michel Barnier and Dominic Raab to come back with a Brexit deal, the talks broke down over an imaginary item called Backstop 2.

No 10 sources suggest this morning talks broke down y'day because EU won't accept UK wide backstop without their original backstop in place too – yes, a second 'backstop', in case the UK version isn't ready in time (apols if your head hurts)

There is no Backstop 2, but it's worth looking into it, if only to show how dreadfully confused the Brexiters have become about their own negotiating strategy.

That was the promise. No matter what, we'd stick to it. And we would stick to it forever. After all, a backstop which ends is not a backstop. It is part of a sequence.

The trouble No.10 had was that Norway and Canada all meant very different things for the backstop. A Canadian-style free trade deal would involve different tariff systems and regulations and therefore require checks on the border. This is not a conspiracy. This is just the reality of what law and trade entail.

Norway – with a customs union tacked on –  would mean everyone had the same laws and customs, so there'd be no need to check goods on the border. But of course it also means you stay in a close relationship with the EU, which many Brexiters consider unpalatable.

Theresa May's compromise option was Chequers: a customs partnership and agreement to share regulations but only for goods. It was the absolute minimum offer necessary to not need to activate the backstop.

This is what they're talking about when they say Backstop 2: the decision to solve the backstop at the national level. But this fundamentally confuses two separate things. One was the promise that, no matter what, there'd be no hard border in Ireland. The other was a series of ideas which would hopefully make that promise redundant. May's future trading relationship was not the backstop. It was a decision she took to make sure she'd never use the backstop.

That confusion now seems to be causing real problems, but it's hard to see why. The EU was always very clear about this. Article 15 of the protocol on Ireland in March's draft withdrawal treaty read:

"Should a subsequent agreement between the Union and the United Kingdom which addresses the unique circumstances on the island of Ireland, avoids a hard border and protects the 1998 Agreement in all its dimensions, become applicable after the entry into force of the withdrawal agreement, this protocol shall not apply or shall cease to apply."

David Davis signed that. The section was colour-coded in green, which meant it had been agreed by negotiators and was subject only to technical changes.

We are in this situation for the same reason that we always are: the Leavers never played straight with people about the choices on offer. They promised over and over again there would be no hard border in Ireland and that the UK would have an independent trade policy. These were contradictory options. The only way to do satisfy them both was to cleave Northern Ireland and the rest of the UK apart as separate trading entities by putting a border in the Irish Sea.

The choice was theirs. Independent trade or the Irish Sea border. It was a choice they never made. They never even accepted it existed. Months were wasted on pretending there were technological solutions and that drones would be able to track lorries for customs declarations and all sorts of other abject nonsense.

That's why the backstop was in the withdrawal agreement – which is a legal treaty – and the future relationship is a separate political declaration. It's because the UK is a shambles. Once Brexit is done, the Tories will topple May. They can barely stop licking their lips about it now. Or they'll be defeated by Labour, which has a completely different set of negotiating priorities. Either way, the future relationship may change. But the backstop must not.

This has been clear throughout. It was in formal withdrawal documents, it was described on stage at joint press conferences, it was in official communications. There is no possible reason for the British team to have failed to understand it.

But today the debate barely pays attention to this fact. Take even supposedly moderate right wing voices like columnist Iain Martin or MP James Cleverly. Instead of accepting the choice on offer and lobbying for one of the options, they are placing the blame on Remainers in the UK who have somehow conspired with Brussels to break up the country.

Miscalculations on both sides, but the commission built its strategy (advised by ultra-remainers in the UK) that the talks get to this point and the UK folds and allows the de facto break up of the UK via Northern Ireland. Terrible miscalculation.

Some loud, persuasive, and misguided UK voices have been telling the EU that if they dig their heels in the UK would buckle and not leave.

I fear the EU believed them and have negotiated based on that fallacy. Those voices have acted against both the UK’s and EU’s best interests

Look carefully at those tweets and you see the full-spectrum failure of nationalism. It fails first of all because it is based on myth-making and emotion, when what is needed is realism and technical understanding. Then, when it inevitably falls apart, it never blames itself. It cannot, because to blame the nationalists would be to blame the nation, and the nation is perfect. So it blames enemies without – the EU – and traitors within – Remainers. This is why nationalism always ends with xenophobia and a demand for political obedience. It is a machine generating its own ruinous outcomes.

The reality is altogether different. Brexiters have spent two years pretending that reality does not exist and choices do not have to be made. They were wrong. It does and they do. The sooner they accept this, the better our chances. They can start by accepting the only backstop which ever existed and keeping their promise to Ireland.