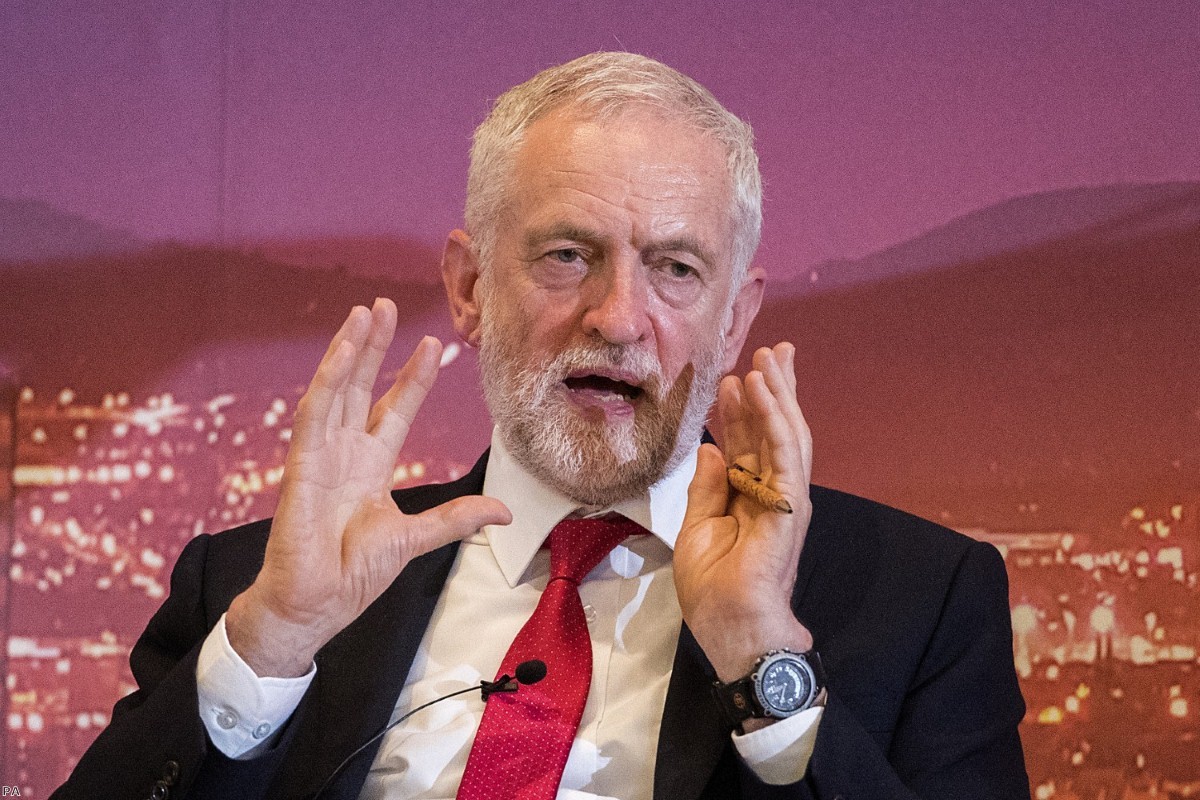 OK so what the bloody hell is Labour’s Brexit policy now?

Strange scenes yesterday as Labour unveiled a new amendment on the single market. It demands "full access to the internal market of the European Union" which would be "underpinned by shared institutions and regulations, with no new impediments to trade and common rights, standards and protections".

Remainers split pretty much down the middle. To many it was a betrayal. This was Jeremy Corbyn's attempt to buy off Labour rebels ahead of next week's crunch vote on EEA membership. This is a form of single market membership which is actually on offer and could save jobs now, rather than the non-existent form the Labour is seemingly talking about.

But to others it was the sign of a shift towards a softer Labour position, concrete evidence of movement to a sane policy which reflects the views of Labour members and voters. So which is it?

The latter, but with big juicy caveats.

It's true that the terms in the amendment are mostly meaningless. "Access" is the coward's way out in the single market debate. Everyone has access to a market, simply by selling into it or buying from it. Membership is key and Labour tellingly refuses to use that word. You could hear Keir Starmer hop and skip around it in his Today interview this morning.

Talk of "shared institutions" could similarly mean all sorts of things. On the one hand it could go beyond the EEA, which actually has its own institutions, like the Efta court. Or it could just be referring to agencies on things like chemical standards, aviation and nuclear material, membership of which is part of even the government's negotiating strategy. Or it might refer to independent arbitration, which would be a feature of any trade deal. As ever with Labour, the language has been selected specifically because it lacks meaning.

The use of 'internal market' rather than 'single market' seems telling. It gives a very strong suggestion of still being inside the Europe project. This could be meaningful, or it might just be a response to focus group data, which has found some voters – especially older voters – are actually more open to the term. Apparently it sounds more limited and closer to what people thought they were signing up to in 1972.

The anger isn't really about the vague language though. It's about Corbyn explicitly ruling out support for the EEA amendment and failing to fight it. This means it'll certainly go through in the Commons. As I wrote when the amendment was passed, it at least meant Corbyn could own his hard Brexit support. This is him trying to squirm out of responsibility.

We have to get real about this though.We already knew Corbyn opposed the EEA and we already knew that the amendment would fail in the Commons.

It is slightly baffling to watch people act as if they had just learned this. We've known the Corbyn leadership position, nonsense as it is, for some time. And he is not the only problem. Hidden away, making sure they don't take any of the flack he gets, are the right-wing Labour MPs, mostly with northern constituencies, who are either too cowardly to make the case for free movement or genuinely opposed to it, and they will vote against the EEA amendment.

It was never going to pass under those conditions. No-one expected it to. To pass these amendments next week you need total unity: The whole Labour party voting as one, minus one or two lunatics like Kate Hoey, together with all opposition parties, minus the lunatics at the DUP, together with double-digits worth of Tory rebels. Those conditions were nowhere near fulfilled here. It's knife-edge stuff on Dominic Grieve's meaningful vote amendment, let alone EEA.

So the argument that something was lost yesterday does not hold. When the day started, the EEA amendment was doomed. When it ended, it was still doomed.

But something did change. The language shifted. Sure, the terms are slippery. But an amendment was forced out of the leadership, due to Remainer pressure, pushing the party to a softer position and forcing it to explicitly link the demand for "no new impediments to trade" with a "single market deal".

The shift has been carefully formulated by Starmer to just about keep the party's Lexit leadership and its anti-free movement MPs on board, so yes the language is slippery and unreliable. But the direction of travel is clear. This is not a party in stasis. They are moving and they are moving in the right direction.

The biggest issue in Brexit, bar none, is what Labour does in the final vote – the motion on the final deal – which comes to the Commons in autumn. If Labour votes with the government, or more likely abstains, then it will pass, Brexit will definitely happen and it will happen on the Conservatives' terms. If they oppose it, there is a very good chance it will be rejected by the Commons.

After that, nothing is clear, but suddenly many extraordinary options become possible. Brexit could be stopped, the government could fall, the Article 50 timetable could be extended, negotiations could be restarted under another team, or more despairingly, there could be a no-deal exit, or a harder Brexit under a Mogg-type Tory leadership. Nothing is clear, except for one thing: The rejection of the motion is the precondition of anything changing. Remainers' hopes hinge on it.

It has not been clear how Labour would respond to this moment. Starmer's six tests, famously branded "bollocks" by his colleague Barry Gardiner, were clearly put down by the shadow Brexit secretary to create the conditions for a Labour rejection of the deal. By demanding the "exact same benefits" as now, they made it impossible to imagine a scenario in which they coould be satisfied. However, plenty of senior figures in the party have suggested otherwise and tried to rubbish them.

Now this high evidential standard is being maintained and elevated to the spearhead of party policy. The standard of "no new impediments to trade" is being held as a condition of single market policy.

The gradual tonal shift in Labour now makes it all-but impossible for the party to back the deal. Corbyn supporters will say this was always the long game. In fact, it is far more likely that Remainer pressure, on the EEA amendment and Brexit in general, is forcing the party into a position where it must oppose the final motion. The defensive manouvres it is being forced to deploy make it impossible to do anything else.