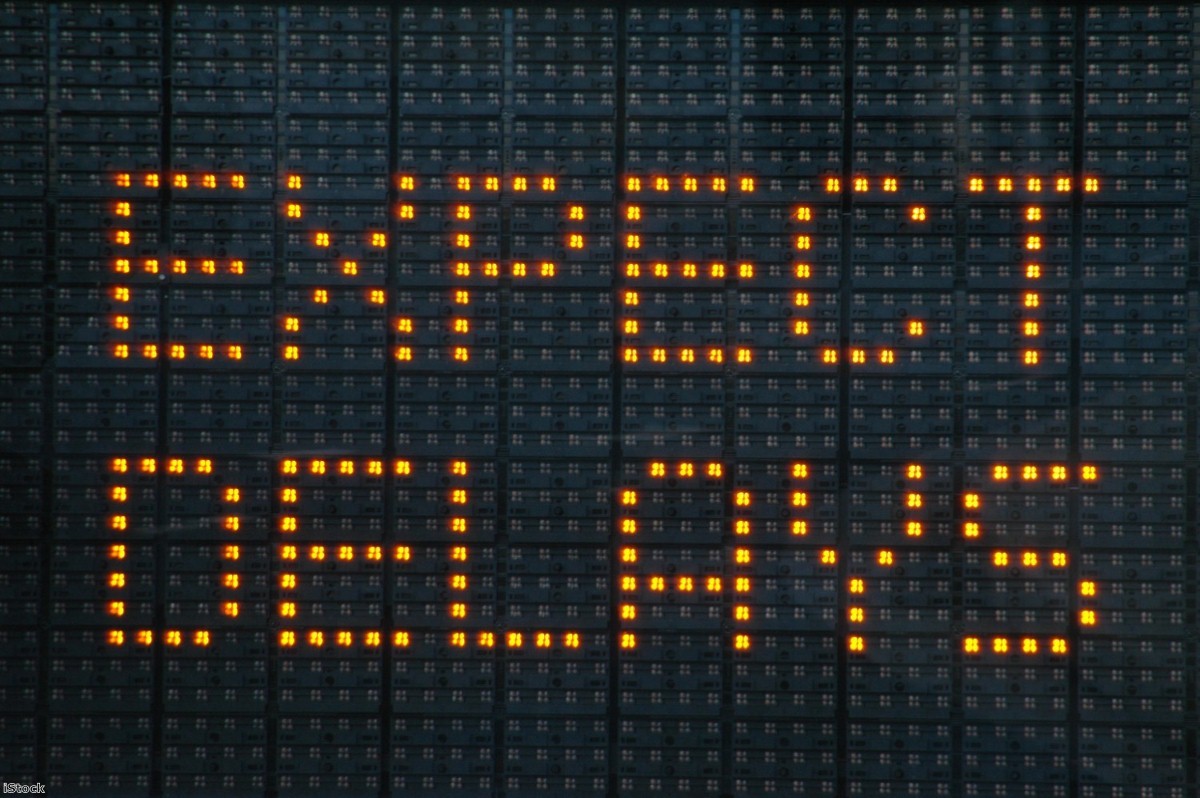 Nothing is going on. You can leave the room of British politics without pausing it, go make a cup of tea, and it'll still be in the same place when you get back.

Theresa May has reached an impasse in the Cabinet. Idea one is staying in the customs union. She can't do that because the Brexiters will not accept it. Idea two is a customs partnership, which is either an invented system already rejected by the EU or a sneaky rebranding on customs union membership – no-one is quite sure, including probably herself. She can't do this because the Brexiters will not accept it either. Idea three is a so-called 'maximum facilitation' model, which is basically a fancy name for using smartphone apps to not check lorries at the border. She can't do that because Cabinet moderates and the EU won't accept it. She's stuck.

Nearly every day there is a newspaper report saying that May's team or some other minister have a new plan to move things along, and that new plan always involves delaying things. The latest wheeze is to have May divide the Cabinet into two groups – you'll remember this from school – and have them duke out the differences between the partnership and 'max-fac' systems. But of course this involves pointing out the problems with the models, which are legion, and that will invariably lead to her saying both need more work, which was itself what the government was saying last summer when it released its original position paper on the subject. And that then means she'll have to delay again. It's political purgatory.

Both sides of this fantasy-land debate have their own delaying tactics. Former May aide Nick Timothy, who supports the 'max-fac' model, is suggesting that they could perhaps extend the transition period to get it all set up. In truth, they'd need to extend it by about eight further years and join the single market if it was to have any chance of success, but that is a level of objective reality he is not yet ready for. Nevertheless, the fact hard Brexiters are starting to acknowledge what all experts are saying – that a two-year transition is clearly not enough time – is worth noting. Wherever you look, delay is the only inspiration.

Over in parliament, nothing is also happening. Commons leader Andrea Leadsom has given no timings for the return of the EU withdrawal bill from the Lords, or indeed any news on any of the other Brexit bills. The 14 Lords amendments aren't being brought to the Commons because the government is afraid it will lose. Plus it is quite hard to whip MPs into a position when the Cabinet cannot agree on one.

So Cabinet cannot reach a decision because it does not know what it is doing and parliament is not allowed to scrutinise legislation because the government cannot trust that it will do the right thing even though it doesn't know what that is. And all the while Brussels sits there waiting, as the Article 50 clock ticks remorselessly down.

We have all become slowly accustomed to this level of ideological and practical ineptitude. But in the future, historians will marvel at how the government was allowed to behave this way with comparatively little outrage, given the scale of the inadequacy.