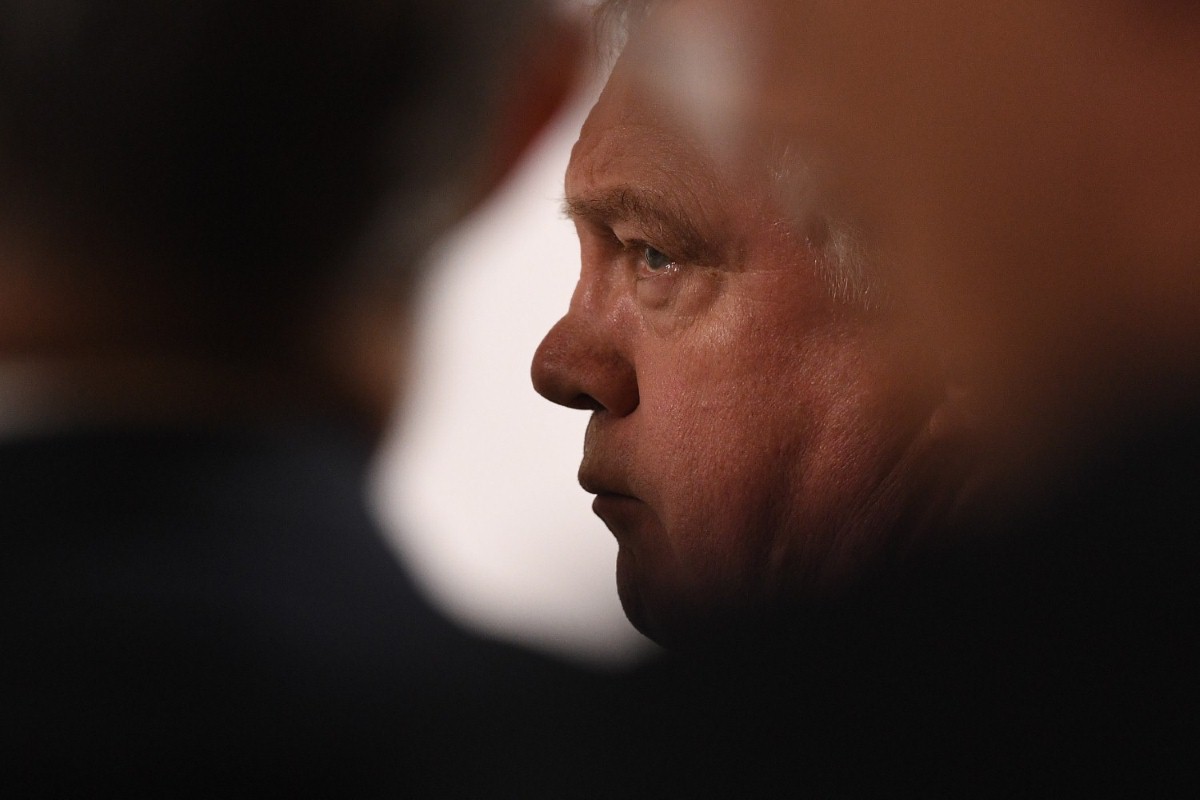 Disaster road: The Brexit Irish border plan and why it won’t work

The current set up for the Irish border problem works like this: Either David Davis solves it via trade talks, or he provides a technological solution, or he has to accept the EU's 'backstop' solution – which is essentially membership of the customs union and single market.

This is a description of the first two options. And an explanation of why Davis won't be able to provide them.

The Brexit solution to this is threefold: time, space and tech.

On time, you take the activities which take place at a border and do them before and afterwards. On space, you carry out border functions away from the border, within a designated geographical zone and at the point of production. On tech, you complement this with various IT solutions, from a centralised application process to digital tracking to smartphone apps.

Probably the most advanced work on the issue comes, ironically enough, from within the EU. The Policy Department for Citizens' Rights and Constitutional Affairs – they're really good at snappy names in Brussels – recently produced a report called Border 2.0. It's like a long list of every possible logistical and technical solution you could throw at the problem. This has been seized on with glee by many Brexiters, who claim it is proof it can be solved.

The core part of any plan is to set up a 'trusted trader' programme. Companies would send in a digital export/import form ahead crossing the border and be given a unique number. Ideally this would all be through one digital gateway, so they didn't have to send various pieces of information to different government agencies.

They'd then cross the border without checks. Maybe the driver would receive a permit via a smartphone app. The payment system would then be back-loaded so it takes place after the border has been crossed. Firms would pay customs on a periodic basis – say once a month – rather than for each crossing.

This would be the system for the large companies, but actually they're a minority. Most crossings are by small firms. One estimate found that only 53 businesses in Northern Ireland employing more than 250 people are exporting goods to the Republic. Ninety-two per cent of cross border businesses employ less than 50 people.

The Brexiter solution is to remove smaller traders from the process altogether. All the attention would be focused on the large firms, who would be pushed towards the trusted trader scheme.

The system would be complemented by strong cooperative arrangements between UK and EU customs authorities. In some borders, like Norway-Sweden, that involves giving them the right to operate within 15 miles of the border in either direction – literally on each other's territory. They'd also share risk assessment data on things like smuggling, health, biosecurity and immigration.

Where physical searches were necessary, they'd take place away from the border. Mobile control and inspection units on side roads would occasionally check vehicles. There would also be mutual recognition agreements allowing the UK to check EU-bound goods were compliant with the rules when they were still at home, rather than on the border.

That's a pretty fair assessment of what the British Irish border solution is likely to look like. These proposals are considered credible, even to some very senior people. Jon Thompson, the chief executive of HMRC, recently told a select committee: "We do not believe we require any infrastructure at the border between Northern Ireland and Ireland under any circumstances."

Thompson's point is baffling because it's hard to find any customs expert who believes this plan will work. Could it reduce infrastructure at the border? Absolutely. WIll it make the border invisible? Absolutely not.

The first concern is about the level of preparedness in Thompson's own organisation and that of other affected government departments, like Border Force. This system would be, by some distance, the most advanced border in the history of man. It would need to be up and running by the end of December 2020. This would require thousands of new members of staff, hundreds of millions of pounds in spending, a massive new IT infrastructure, a bold new approach to cross-territorial information sharing and an institutional openness to applying radically different systems than in the past.

But there is no evidence of any of this. Thompson himself has warned that it would take about seven years to get a new system running. If anything, the government seems frozen. Customs experts warn of total inaction in the face of the Brexit deadline and a systemic reluctance to introduce measures such as self-assessment and post-accounting, which would be requirements for this system.

HMRC is currently having trouble delivering an existing project, let alone developing and implementing a new one. Its £157m move to change declaration systems is intended to go live three months before Brexit.

For those familiar with the British government's track record on IT projects, this is alarming. As Joe Owen of the Institute for Government think tank told the FT: "The specification changed and the timeline changed, and, as anyone can tell you, that is one of the most dangerous things that can happen with IT projects." It currently has an amber warning from Whitehall's Infrastructure and Projects Authority, which means that 'significant' issues exist.

But even if HMRC can magically sort itself out in time to implement this system, it still wouldn't work. There are basic insurmountable problems with the plan – such as the need for animal product inspection posts or country-of-origin checks under EU rules. And then there are the more down to earth, practical problems.

The first is designation. This system envisages three types of traders going across the border: small traders, large traders who have the 'trusted' designation, and large traders who do not. Small traders are exempt and large trusted traders are waived through. But you still need to check that third category. And more importantly, you still need to work out which is which.

Then once you know it is a large trader, what mechanism do you use to distinguish between the trusted ones and the non-trusted ones? That requires infastructure, even if it's just something scanning a smartphone app. And the test is that there is no infrastructure at all.

This reality is stated several times in the Border 2.0 report which Brexiters seemed so keen on. It consistently mentions gates and systems for allowing people in and out. That is a border, of precisely the type Ireland currently does not have and the UK and the EU have promised never to introduce. As Paul Mac Flynn, senior economist with the Nevin Economic Research Institute, told MPs recently: "If [gates] are not a border fortification, I do not know what is."

This is evident when you look at existing borders around the world – even the ones Brexiters refer to. Norway-Sweden, for instance, is probably the most frictionless customs border in the world. It has many of these cooperative and technological systems in place. But all lorries must stop and have their papers checked. It's the same on the US-Canada border, which is very advanced. Every truck is stopped.

Another problem is with the order that lorries arrive at the border. This system only works if the troublesome lorry is at the back of the queue. But what if it is at the front? What if the first lorry is from a non-exempt company? Then all the lorries from exempt companies are held up behind it as it is processed.

The idea of a mass exemption for small traders also seems unenforceable. Let's say the benchmark is set at 250 employees. There is now an incentive for a company with 500 employees to split into two so it can avoid all the bureaucracy and cost of customs administration.

The small trader exemption is also thought to be an invitation for smuggling. If the UK and the EU are in different customs territories, the incentives in the black market will change. Suddenly there could be quite significant price differentials in things like sugar, milk and lamb.

This is the reality of the Irish border problem. It cannot be fixed. If you are outside the single market and customs union, there will be a border in Ireland. The Brexit solutions are perfectly admirable in their way and would be a good idea if they were introduced on other borders. But there is no time or capacity to implement them here, and even if there were they would not achieve the things their advocates claim they would.