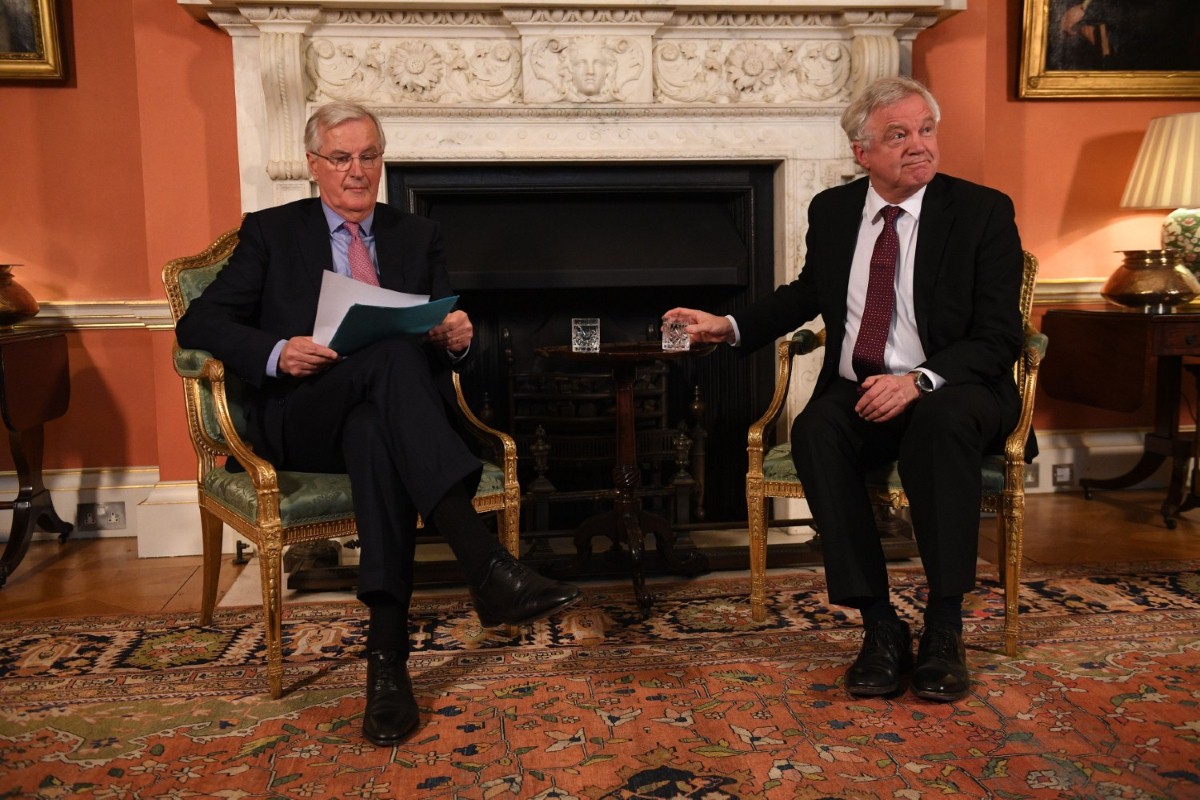 There've been a lot of inane responses to the publication of the draft withdrawal agreement yesterday. Several journalists and MPs insisted Brussels is launching some sort of militarised power-grab against UK territory. Others say the Europeans are motivated by bleak bureaucratic extremism and that we must now prepare to walk away from talks.

Throughout the negotiations, HMG has adopted a friendly and respectful tone. The Brussels institutions respond as if dealing with a hostile power – an Iran or at least a Russia. I'm reluctantly reaching the view that the talks will fail, and that we should prepare accordingly.

The more we learn about the way the EU negotiates. The more we realise how deeply embroiled in their system we have become. The clearer it is that we need to get out whilst we still can.

The dimwittedness of the commentary is quite extraordinary. Very few observers – including the prime minister – seem to even be aware that these were the terms the UK agreed to just three months ago. Complaining about it now is like being outraged by the things you did when you were drunk on the weekend. Just because you didn't know what you were doing at the time doesn't mean you didn't do it.

But arguably the most foolish response came from the Brexit secretary himself, who has, according to the Times and the Sun, written to Tory MPs telling them not to worry about all this Ireland stuff. It's OK. He's got this. He has leverage.

But what is the leverage? What crucial bit of brinkmanship could he produce at this late stage, which would not have been noticed before?

It turns out it's the divorce payment.

It's hard to remember now, but once upon a time this payment was considered an unspeakable act of petulance against Britain. It was Brussels' revenge for Brexit. Under no circumstances would the UK pay it. To even contemplate such a thing showed a lack of faith in Blighty and a frankly suspicious level of sympathy for the other side. This kind of talk went on for months.

And then one day the UK agreed to it, as all serious analysts said they would. And that was pretty much the last we heard of it. Who mentions the budget payment now? Which Brexit pundit still treats it as a betrayal of British sovereignty or an act of national humiliation? No-one – not even the nutters around Farage.

It was just like the supposed 'war of the summer' over the two-stage negotiation process, which was agreed to within minutes of the first meeting with the EU. Or Theresa May's insistence free movement would not continue during transition, which was quietly capitulated on yesterday. Or the insistence the transition would in fact be a phased implementation phase, which has now been ruled out. Yesterday's draft withdrawal document is really just a long description of things the Westminster government said would never happen. Almost every section is the corpse of a UK negotiating objective.

But it was only in the UK that the budget payment war-that-wasn't was so quickly forgotten. In Europe, people remembered. They'd had regular meetings with British officials insisting the payment was a firm red line – a completely unreasonable figure which would never be paid. They'd read the frenzied, war-like briefings in the British press by ministers, putting the issue in existential terms. And then the British agreed to it and never mentioned it again. Sources on the continent say they learned a lot about their negotiating partner in that moment. It meant there was little reason to take their sometimes hysterical complaints seriously. Quite probably, they would be forgotten by the morning.

Now Davis wants to use his own failure as negotiating leverage. It would be funny if it wasn't so maddening. If there is anyone on this earth who still believes in him, they must be capable of almost transcendent levels of faith. The fact his pronouncements are still treated with any gravity by the press is a testament to the media's inability to treat this government with the lack of respect it deserves.

Davis gave up on the budget payment fight because the EU holds a structural advantage in negotiation, one which his own government has done nothing to neutralise. If there is no deal on March 30th next year, Britain will suffer a system-wide shock due to its lack of regulatory architecture. It would be unable to import radioactive materials for cancer treatment, unable to fly planes to Europe or the US, unable to put drugs on the market. The list goes on. And that's not even to mention the effect on trade when there is no customs infrastructure for the export and import of goods. None of that is scaremongering. It is simple legal fact. And it plays a key role in understanding why Britain has been so regularly and comprehensively outplayed in negotiation.

That status-quo asymmetry hasn't changed and until it does Britain will keep losing negotiation battles. But there is a lot to learn from Davis using his past defeats as evidence of his future victory. It confirms that he truly has no idea what he is doing. He's taken a pair of old socks to a knife fight.